The MBTA says crews will work around the clock to fix tracks, signals and make station upgrades during the shutdown

The historic 30-day closure of the MBTA's Orange Line has officially begun.

The train line closed down service at 9 p.m. Friday, marking the beginning of a monthlong, intensive effort by the transit agency to complete repair work on the Orange Line. The train will reopen service on Sept. 18.

That's in addition to the Green Line extension closure, which shuts down trains on that line past Government Center from Aug. 22 through Sept. 18.

A Better City CEO Rick Dimino looks ahead to the monthlong shutdown of the Orange Line of the MBTA.

Riders have been preparing for the worst.

"I think it's going to be a total massacre," said Rhoda Johnson.

Johnson hops on at the Mass. Ave. stop at least twice a week to shop, run errands and pay bills at City Hall. She's not looking forward to the month ahead.

Ahead of the shutdown taking hold, leaders with the MBTA and the Massachusetts Department of Transportation held a news conference with updates on Friday morning.

Leaders with the MBTA and MassDOT held a news conference with updates on the Orange Line's shutdown Friday morning.

"We know that navigating these diversions is going to be somewhat difficult in the beginning," MBTA General Manager Steve Poftak said.

He asked riders to plan ahead using the MBTA's rider guide, and work remotely if they have the option. Taking the commuter rail may be the best option, he said, followed by shuttle buses. He also asked the business community to be patient with employees navigating new paths of travel, as they may experience delays.

"We know this is a tremendous disruption, but it allows us to take a bold and decisive step to make the Orange Line and the MBTA safer, more reliable and faster," Poftak said, "and we look forward to bringing that improved service to our customers at the end of the surge."

Jamey Tesler, secretary and CEO of the MassDOT, thanked T riders for their patience.

Friday night is the start of a month-long, intensive effort by the transit agency to complete repair work on the Orange Line. The train will reopen service Sept. 18.

"This will be a challenging time," he said. "Today is the beginning. It is not a fixed plan. We will continue to listen, and if things are challenging and can be made better we will do so."

He said these will be evident on interstate and secondary roadways, especially between the North Shore and Boston and on roadways directly adjacent to Orange and Green line shuttle bus diversion routes. Charles Circle, Leverett Circle, Rutherford and Sullivan Square could experience severe congestion at times, he said.

As Orange Line trains shutter for an entire month, the MBTA says crews will work around the clock to fix tracks, signals and make station upgrades, allowing five years of track replacement to get done that otherwise wouldn't have happened.

During the closures, the MBTA is offering alternatives to commuters, including free rides on the Commuter Rail in Boston, free passes for Bluebikes and a free shuttle route. The city is discouraging driving, because congestion is expected to be a major issue as it is.

The City of Boston has been rushing to prepare for the major shakeup to the transportation system with an "all hands on deck" effort that will temporarily reshape its streets, Mayor Michelle Wu said Thursday. The city has already begun transforming streets, including major changes at Copley Square and Government Center, where new bus lanes and parking spaces, parking restrictions and street closures were in place.

"This has been an all-hands-on-deck, cross-departmental effort," Wu said, warning that it's going to affect many people in Boston, not just people who take the T, since street closures and more people using the roads will affect drivers, too.

Officials like Boston Mayor Michelle Wu recognized that the month-long shutdown will be difficult for commuters, especially as many remain unprepared.

The City of Boston has put together a guide offering help to perplexed passengers of the MBTA, that outlines ways to get from here to there over the next four weeks. Alternatives include everything from hopping on the Commuter Rail, to riding one of the city's Bluebikes.

Despite the shutdown being so near, some MBTA riders are still uninformed about the service impacts set to begin.

"It's just so confusing," said Kim Arevalo, who rides the Orange Line from Malden to downtown Boston and Cambridge all the time.

“I don’t know what is closing when so I just show up to the T that day and if some part of the line is closed, I’ll just check my phone that day to see what I can do because it’s been changing so much, I stopped keeping track,” said Natasha Muromcew.

"They put a Band-Aid on everything," Arevalo said. "They should have fixed this a long time ago, it shouldn't have to come to this."

The shuttle bus drivers are training. The no parking signs are up. The City of Boston is having to prepare in record time for this unprecedented shutdown that will impact you even if you don't take the T.

While others plan to avoid public transit all together.

“The situation of the shutdown is kind of complicated for me to just commute to work,” said Sandra Lara Ramirez. “It’s just commuting with Uber now.”

The MBTA’s messaging about all the stops, transfers and options to get from point A to B has been a bumpy roll out. For example, signs posted at North Station Thursday had the wrong date of the start of the shutdown. They were later removed.

"It will be impossible to avoid chaos all together," Boston City Mayor Michelle Wu acknowledged during a press conference on Thursday. 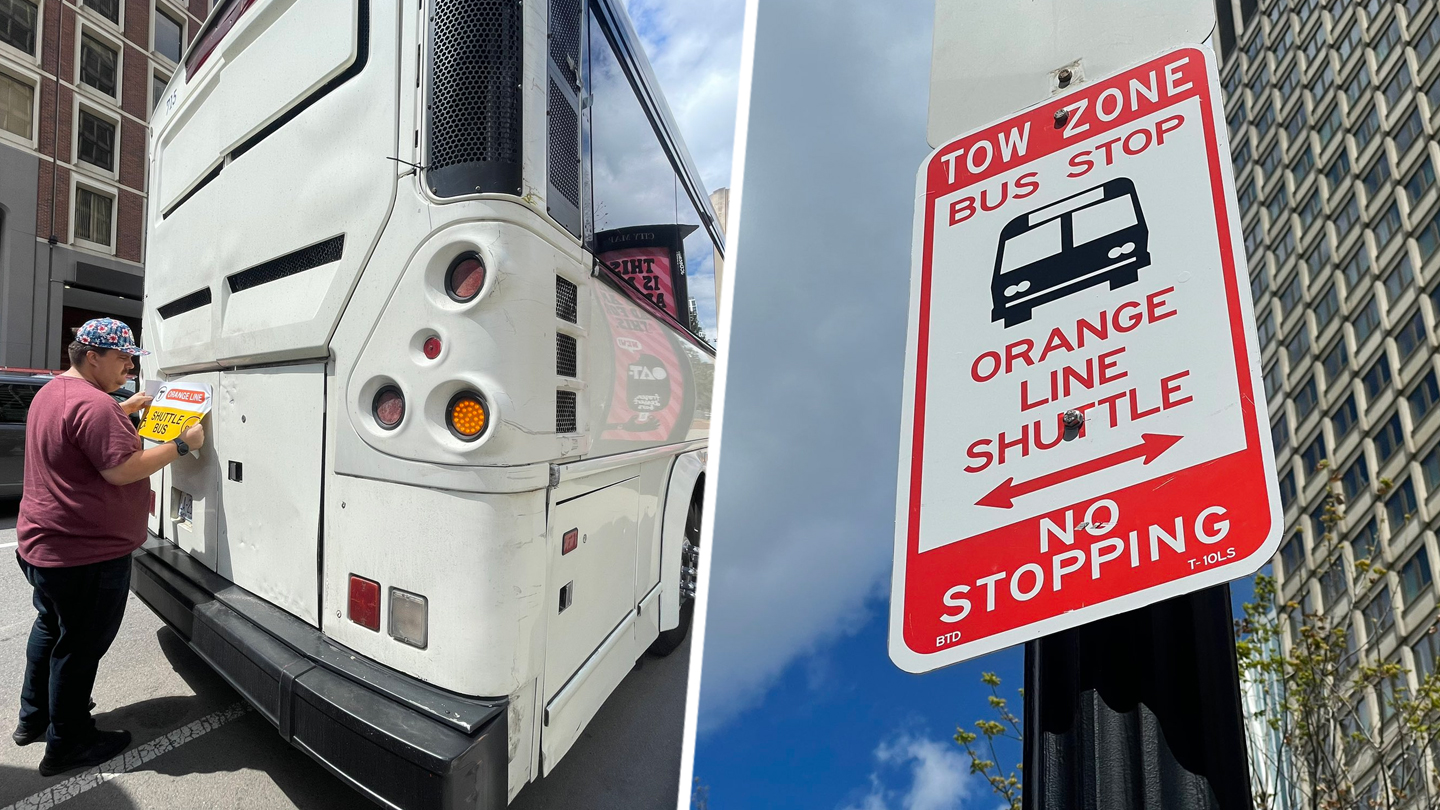 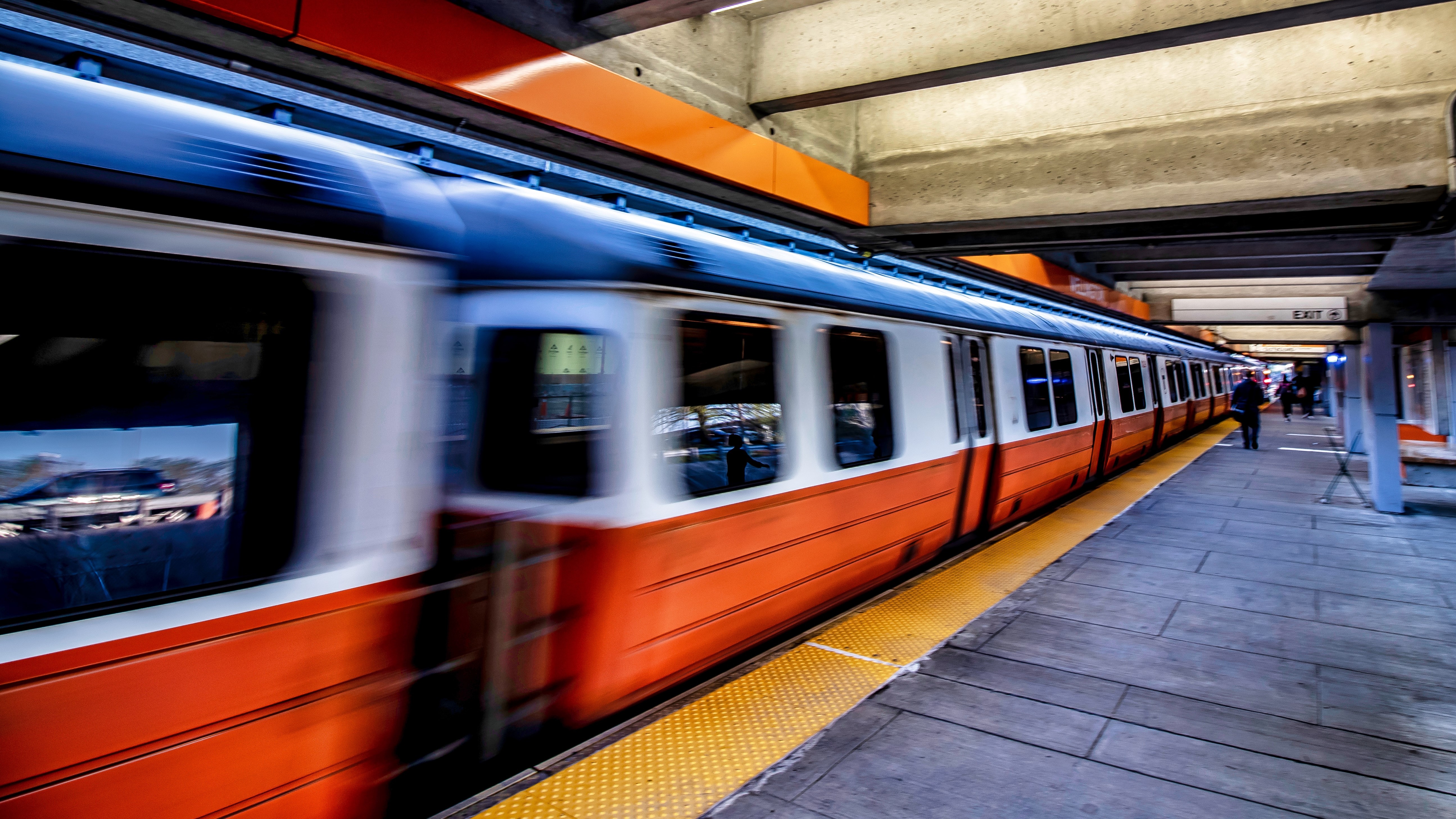