The three suicides, which happened while the USS George Washington was docked at the shipyard in Newport News, Virginia, between April 9-15.

Three suicides by sailors assigned to a U.S. Navy aircraft carrier, which set off alarms about conditions on and around the ship, were not connected, but the poor quality of life onboard was a “contributing factor” in one of the deaths, according to a Navy report released Monday.

The suicides, which happened while the USS George Washington was docked at the shipyard in Newport News, Virginia, between April 9-15, triggered questions about whether the sailors knew each other or if something similar, associated with their jobs or the ship, had caused them. The report concludes that while all three were assigned to the ship, which was undergoing extensive maintenance, they had no social or working relationships with each other.

It found, however, that the shipyard environment may have added to the stress of one sailor, but was not a “root cause” of the suicides. Instead, the report lays out an array of deeply personal and unique factors, including alcohol use, that apparently led to the sailors taking their own lives. 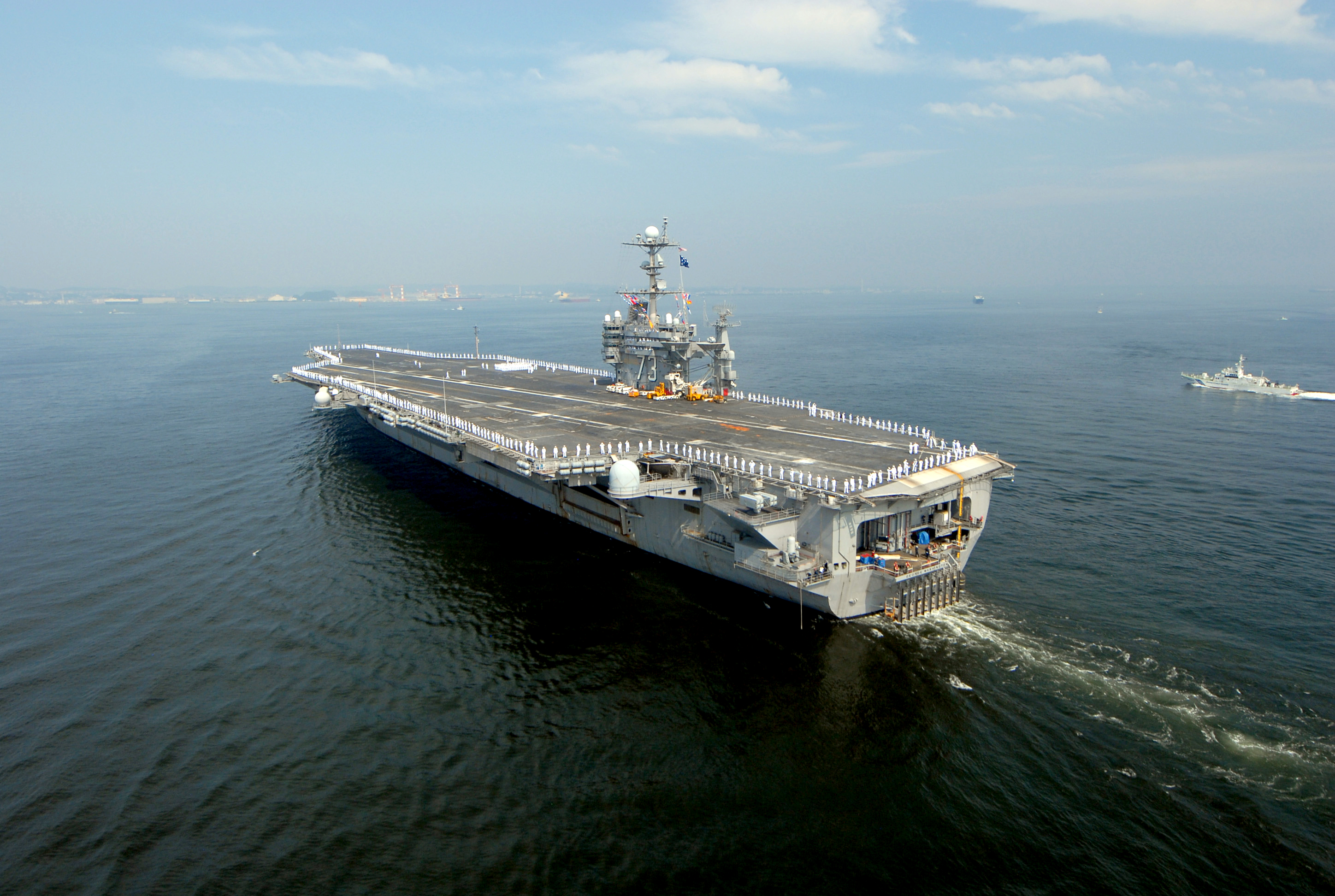 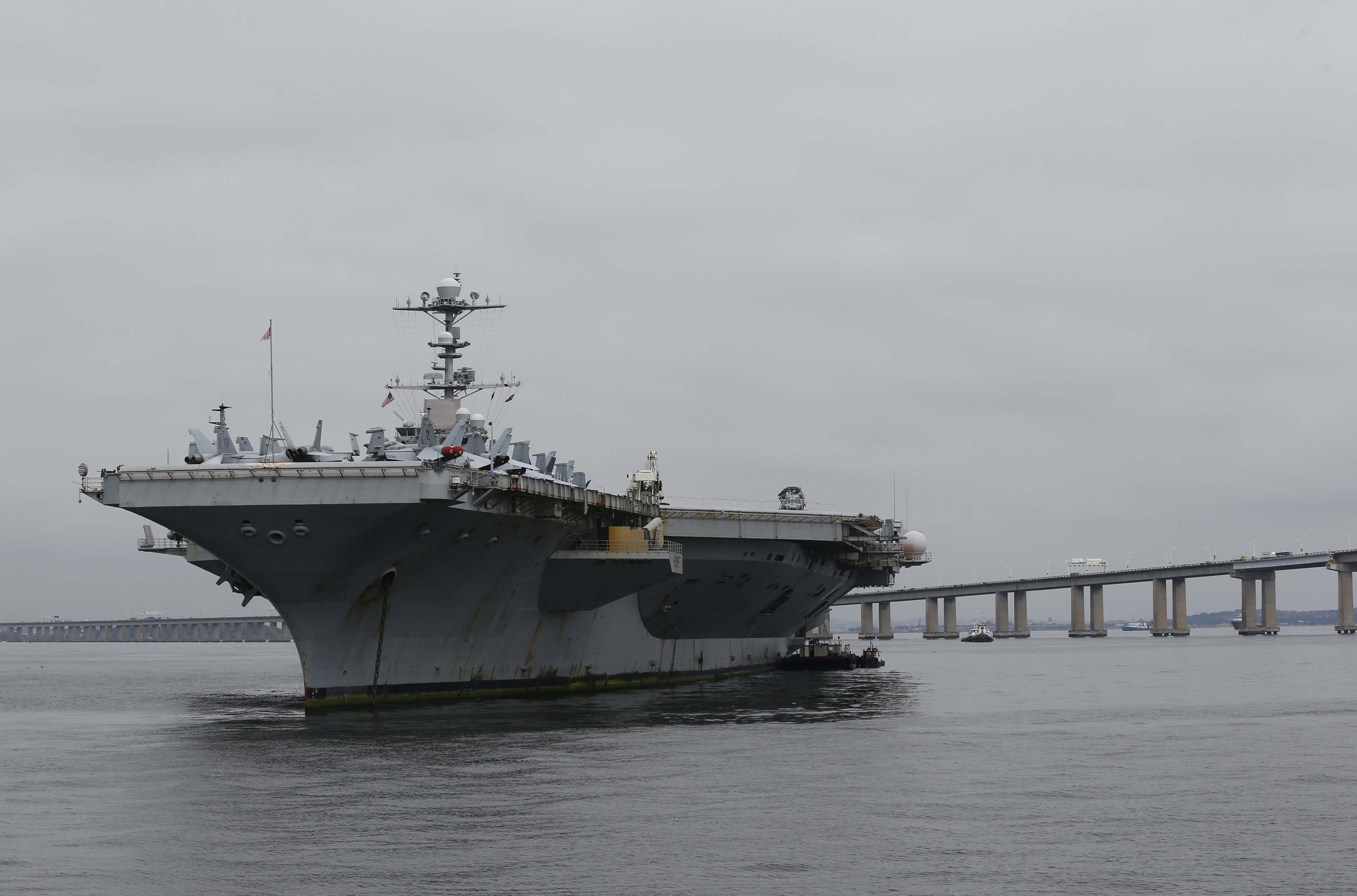 “Based on my review, I conclude these three suicides were independent events and that there was no direct correlation between these three deaths,” said Adm. Daryl Caudle, commander of the Navy’s Fleet Forces Command.

Rear Adm. John F. Meier, commander of Naval Air Force Atlantic, conducted the investigation and concluded that two of the three deaths “appear unrelated to life onboard the ship,” but one sailor was affected by the conditions on the ship and “lack of shipboard amenities."

He also suggested that Navy leaders should have done more.

The report said leaders failed to properly document and address problems with one sailor that could have led to suspending his ability to carry a gun. Meier noted that Navy enlisted leaders knew that the sailor was sleeping in his car due to noise on the ship and they counseled him on the matter, but “there is no evidence of any follow through to understand the root cause for his decision making. More senior sailors or an assigned mentor should have been there to support him and help him make decisions that were in his best interests. This was a time for intrusive leadership.”

The report was limited to determining if the three suicides were connected. A second investigation into broader Navy issues, including command climate, available resources, training and other factors, is ongoing and expected to be completed next spring.

All together, there were seven deaths of service members assigned to the George Washington over a 12-month period ending in April. Of those, several were health-related or accidental. Four were suicides, including the three within the one week.

“The loss of these three Sailors and the impact their deaths had on their shipmates, family and friends is nothing that can ever be measured,” said Caudle. “We can, however, investigate why they did what they did, learn from it, and use that information to prevent it from happening again. We owe that to every Sailor to keep them physically and mentally safe.”

The deaths triggered a number of changes, including increased training and improved working conditions. The Navy increased staffing for mental health assistance, made televisits with mental health providers available, provided other off-ship housing and better parking, and scheduled smaller meetings with sailors to better understand their concerns. There also are efforts to improve shipboard amenities such as improved wireless internet and other recreation programs.

Just last month, the Navy grappled with another similar suicide spike. Four sailors died by suicide between Oct. 30 and Nov. 26 at the Mid-Atlantic Regional Maintenance Center in Norfolk. The Navy is also looking into whether those four were connected.

All four of the service members were assigned to limited duty at the shore command for various medical-related reasons, according to Navy officials who spoke on condition of anonymity to discuss the investigation.

So far this year, 63 active-duty sailors and seven in the Reserves died by suicide year as of Dec. 6, according to Navy statistics. That is an increase over the total for last year, which was 59, and nearly as many as the 65 in 2020. One reservist and eight of the active-duty suicides in 2022 were in November.