The MBTA's newest Red and Orange Line trains will remain out of service after an investigation into a March 16 derailment identified "something acting abnormally" within their truck frames, officials said Monday.

MBTA Deputy General Manager Jeff Gonneville said tests conducted on the cars, manufactured by Chinese firm CRRC, determined that as the vehicle mileage increases, it takes more and more force to turn their truck frames. Investigators are "zeroing in" on components known as side bearer pads, which regulate rotational force on the truck as it moves.

As a rough comparison, Gonneville likened the issue to the brake pads on an automobile, though he stressed that investigators have found no brake-specific issues on the subway vehicles.

The T plans to replace its entire aging Red and Orange Line fleets with all new cars manufactured by CRRC. The company is under contract for about $1 billion total to deliver 152 Orange Line cars and 252 Red Line cars over the next few years.

New details are becoming available after a series of derailments of new MBTA trains.

Gonneville said the investigation into the March 16 derailment at Wellington Station is "still continuing" amid the latest developments. MBTA officials pulled all of their newest CRRC-manufactured trains -- four on the Orange Line and one on the Red Line, each with six cars -- from passenger service after the incident.

"These trains are going to remain out of service until we can one, truly identify that this is indeed the root cause, and then once we identify the root cause, obviously we will begin thinking about opportunities or reintroductions of the vehicles into service once it is safe to do so," Gonneville said. 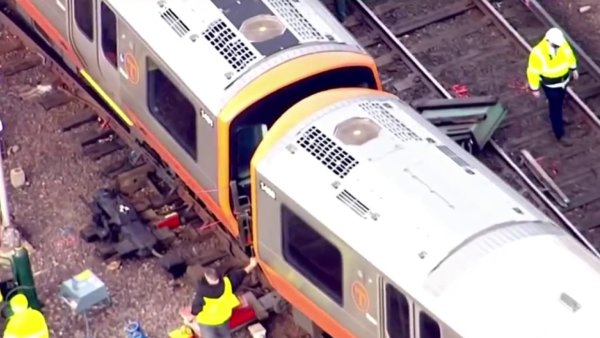