Gov. Chris Sununu announced three steps he is taking and one he isn't ready to take during a press conference Tuesday

New Hampshire has been averaging nearly 1,000 new COVID-19 infections per day in recent weeks. And as of Tuesday, 350 people were hospitalized, surpassing the record set last winter and contributing to longer wait times in emergency departments and delays in treatment for other conditions.

Gov. Chris Sununu announced three steps he is taking in an effort to address the current COVID surge in the state during a press conference Tuesday, and mentioned one other tool he's not ready to use in the fight against the deadly virus.

Here's what the governor had to say:

Sununu issued an executive order Tuesday designed to help boost capacity at hospitals across New Hampshire that are struggling with a record number of COVID-19 patients.

"The next few weeks are going to be very telling," Sununu said. "I think it's going to be a bumpy road."

"Unfortunately, the trends I'm looking at look like at least two, three, four more weeks of increasing rates, especially as it gets colder," he added. "That's going to put a lot of pressure on our hospital system."

Last year, the state temporarily set up 14 “flex facilities” in college gymnasiums and other facilities with about 1,600 beds to handle hospital overflow for coronavirus cases. Under the new executive order, the focus instead will be on helping hospitals set up internal “surge centers” using space typically not used for inpatient care, such as ambulatory surgical centers or outpatient clinics.

The order also makes it easier to add beds at rehabilitation facilities and will streamline licensing procedures to boost the health care workforce, Sununu said.

“Our health care system is resilient, there’s no doubt about it,” he said. “But it is being tested.”

Lori Shibinette, commissioner of the Department of Health and Human Services, described it as a “back door” issue for hospitals.

“At any given time they may have 15 or 20 patients waiting for a nursing home bed or a rehab bed that they can’t discharge because those facilities are either not taking new admissions because of an outbreak or because they don’t have the staff,” she said. “We have to open capacity behind the hospital.”

Sununu also announced a “booster blitz” initiative now that all adults are eligible for the follow-up shots.

On Dec. 11, the state will operate 20 sites to offer booster shots to those seeking the protection in time for Christmas gatherings.

"The demand for boosters is increasing, and we want to make sure we're opening up as much capacity as possible," Sununu said.

In the next week or so, he said the state will have a link where people can go to book appointments for booster shots on that date. Additional dates may be announced if needed.

Through the “Say Yes! COVID Test” program administered by the National Institutes of Health, 1 million free rapid tests will be available in New Hampshire.

Meanwhile, a company called Vault will provide the state with 100,000 PCR tests next month. The first allotments of both tests will be offered to schools, Sununu said.

Despite the rising cases, Sununu said at this time he is not considering a mask mandate, which he described as "a blanket approach" that doesn't suit every community.

"We're not at that point," he said. "The vaccine is the way out of this. That's just the way it is." 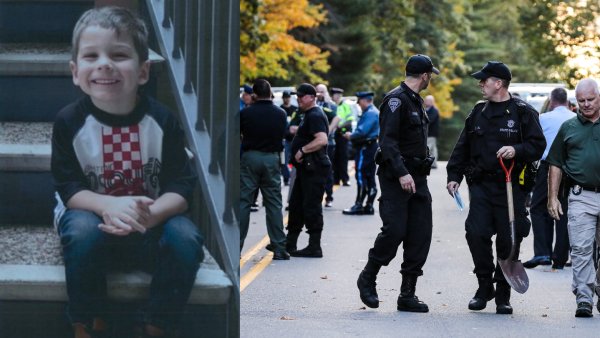