The police chief of Ohio's capital and largest city was forced out Thursday after the mayor who hired him said he'd lost confidence in the chief's ability to make needed changes to the department, weeks after the police killing of Andre Hill.

The removal of Police Chief Thomas Quinlan by Columbus Mayor Andrew Ginther comes amid a larger community debate over the shootings of several Black children and men by police and heavy-handed police tactics during last year's protests over police brutality and racial injustice.

“It became clear to me that Chief Quinlan could not successfully implement the reform and change I expect and that the community demands," Ginther said in a statement. “Columbus residents have lost faith in him and in Division’s ability to change on its own.”

Quinlan, who is white, is a 30-year department veteran who was selected for the top job by Ginther in December 2019. He was chosen over Perry Tarrant, a former assistant police chief in Seattle, who is Black. At the time, Ginther said Quinlan must address racism within the department’s ranks, including further diversifying the department.

Ginther, a Democrat, said a new national search will be conducted for the next chief.

Quinlan said Thursday he had hoped to stay in the position but respected the decision. He said he accomplished a lot as chief.

“We implemented dozens of reforms geared toward accountability, transparency, and strengthening public trust,” Quinlan said. “Someone else will now carry those priorities forward, and I will help and support them in any way I can." 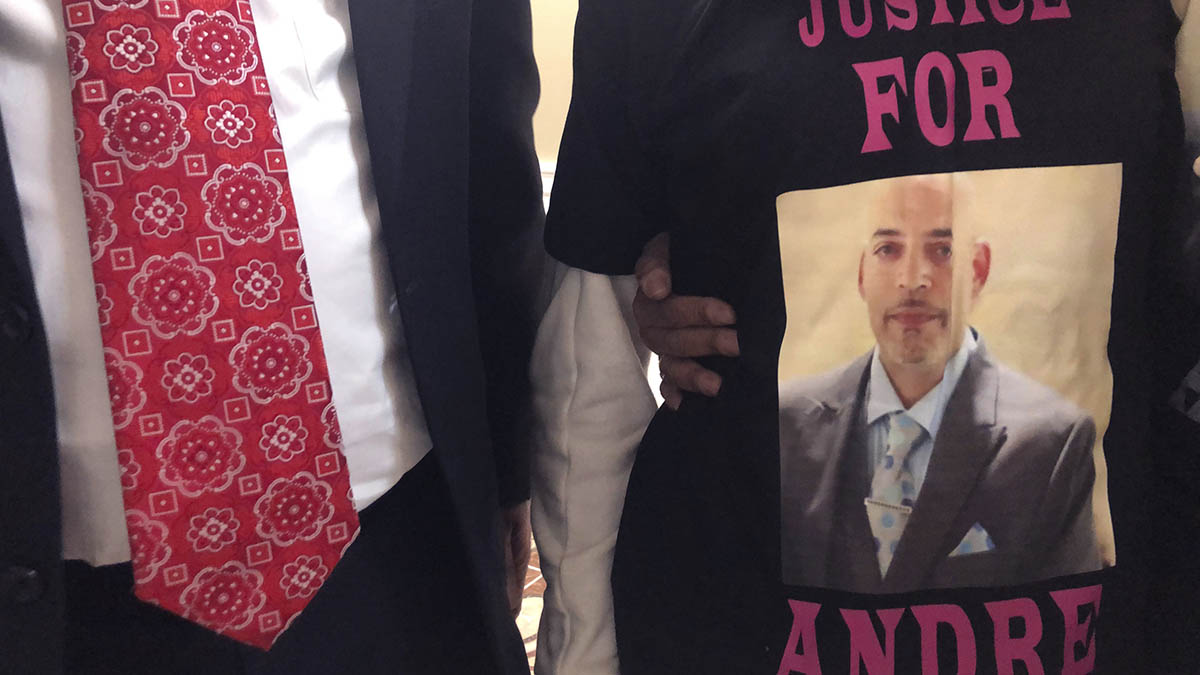 Andre Hill's Loved Ones Mourn Loss of ‘a Chess-Playing Mind'

In late December, Columbus officer Adam Coy was fired after shooting Hill three days before Christmas as Hill walked out of a garage holding a cellphone. Anger over the killing grew as bodycam video showed that multiple responding officers failed to help Hill as he lay moaning on a garage floor.

Quinlan has said the 47-year-old Hill would be alive if not for officers’ inactions, and promised an investigation of all involved.

“We can’t effectively police if we don’t have the trust and the partnerships that we need to move forward, so we cannot tolerate any type of individual officer bringing discredit upon the division, or policing as a profession,” Quinlan said in an interview with The Associated Press earlier this month.

Scott Woods, a local community activist who had previously called for Quinlan’s resignation, was happy to hear the news but remained concerned the decision was strictly performative

“This is a step in the right direction. An enormous step. But it's only a step in a process that is a mile long,” Woods told the AP on Thursday afternoon. “I think it sends a message but whether that message is received by the right people is up for question.”

The disconnect between police and residents in Columbus was on full display in late May when Columbus Democrat U.S. Rep. Joyce Beatty, along with a county commissioner and the president of Columbus City Council, were pepper-sprayed at a protest over the police killing of George Floyd. All three of them are Black.

In response, the city banned the use of chemical spray on peaceful protesters. Ginther set up a hotline for people to report complaints about police brutality during protests. The city later hired a law firm to investigate violations of city policy and an investigator for criminal violations. Council President Shannon Hardin, a Democrat, said Thursday he supported the removal of Quinlan.

The mayor has frequently called out police over shootings and aggressive actions and championed the city’s first-ever civilian police review board.

“The people of Columbus elected and reelected me to provide civilian oversight and to change and reform the division of police,” he told the AP earlier this month. “And so that’s exactly what I’m going to do.”

One of Ginther's first steps was to create a commission to study changes to the police department. Among its 80 recommendations was the review board, approved by voters in November.

Ginther said Thursday he'll appoint members to that board soon and continue seeking change in the agency.

The Columbus Division of Police — like many big-city agencies — is juggling calls for internal change even as it battles unprecedented street violence. Columbus saw a record 174 homicides last year and so far is averaging just short of one a day this year.