Massachusetts State Police urged motorists to use caution, citing multiple vehicles that have spun out or slid off the road in icy conditions Monday night

Interstate 95 south in Burlington, Massachusetts, was temporarily shut down Monday night prior to exit 32 for treatment of the roadway following reports of multiple spinouts and accidents, according to state highway officials.

The Massachusetts Department of Transportation said the highway northbound and southbound between exits 31 and 32 reopened around 9:05 p.m. They first reported it was closed around 8:45 p.m.

While it was closed for around 20 minutes due to ice, salt trucks treated the area, officials said on Twitter.

MassDOT said that particular section of the road had already been treated earlier in the evening in anticipation of the treacherous road conditions.

Massachusetts State Police said roads in northeastern Massachusetts, including Route 128 in the area of Route 3 in Burlington, are experiencing icy conditions amid freezing rain, sleet and snow across the region.

According to a tweet from state police, several cars have spun out or slid off the road.

Police are urging motorists to use caution.

In Northborough, two right lanes are closed on Interstate 290 westbound at Exit 25 A/B due to a jackknifed tractor-trailer, according to the Massachusetts Department of Transportation.

Slick road conditions are among the concerns as a wintry mix of snow, sleet and rain enters the region overnight Monday into Tuesday.

Glenn Lemieux said he'd rather see the 18 inches of snow that fell in Fitchburg recently over what this storm is expected to bring.

“Snow is easy. Snow is easier," he said. "Ice is dangerous. Ice is the worst.”

And that’s what’s expected, so the sand-salt mix near the city's Department of Public Works was a popular place on Monday. Dale Abbott among those loading up to get ready.

“For the 2 to 4 inches of whatever we're supposed to get tomorrow, tonight. Ice... half an inch. Ice is a pain in the [expletive], it is. But you’ve got to deal with it,” Abbott said.

Deal with it whether it’s just your walkway or the streets of Fitchburg.

Public Works commissioner Nick Bosonetto is in charge of that. If it was just snow they’d pre-treat the roads and plow all night like they did with the nor’easter. But they can’t do that with an ice storm.

“Our plan tonight is to let the two inches of snow fall, let the ice fall on top of the snow and then we’ll be able to plow it because the ice won’t be on top of the roadway," Bosonetto said.

Officials and residents are getting ready for a significant ice storm in New England Monday into Tuesday.

Driving is one big concern in an ice storm. The other is power outages. Eversource is getting ready.

“We do have external crews from out of state throughout New England and we have some crews coming in from Canada as well arriving today to help with the assistance of the outages and damage to the system," said Reid Lamberty, a spokesman for the utility company.

They expect ice to bring down tree limbs and limbs to bring down power lines. And it will take longer for crews to negotiate icy roads to get to those lines and restore power.

National Grid is also getting ready with more than 1,300 crews gearing up for the storm.

More on this week's ice storm: 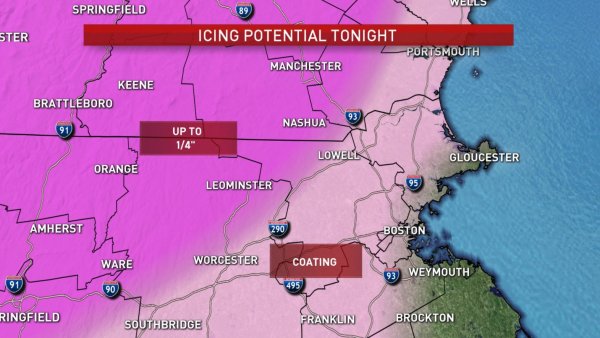 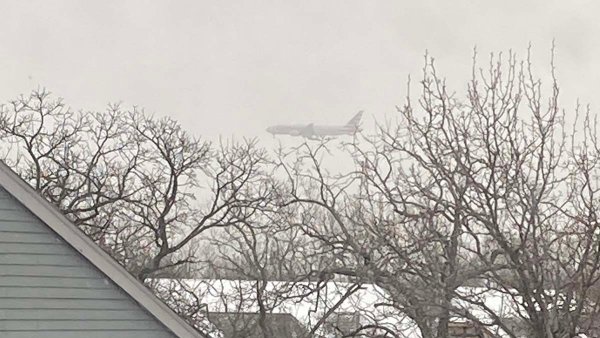 2 Dead in Texas as Subfreezing Cold Sweeps US: Officials