A New England Patriots fan in the right place at the right time on Oct. 14, 2001, is about to become a richer man.

The football Tom Brady used to throw his first NFL touchdown pass will be put up for auction Sunday at Lelands.com, according to ESPN's Tom VanHaaren.

Brady threw that historic pass to wide receiver Terry Glenn in the New England Patriots' fifth game of the 2001 season against the San Diego Chargers.

Curran: Belichick's early 2001 comments about Brady are worth revisiting

The second-year quarterback had failed to throw a touchdown pass in two and a half games since replacing the injured Drew Bledsoe versus the New York Jets, so after Brady broke the ice with a 21-yard bullet to Glenn, Glenn celebrated by tossing the football into the Foxboro Stadium stands.

A rare signed Tom Brady rookie trading card is on the auction block and the bidding has already passed half a million dollars.

One lucky fan -- a Patriots season-ticket holder who had been going to games since the late 1970s -- snagged the souvenir.

"It was a melee. I stood up on my seat, I pushed my buddy to my left," the fan told VanHaaren. "The other two guys, I handed them my beer in a gentle way. I jumped up, tussled with a group of other fans around me and I came down with the ball."

Little did this fan know that Brady would go on throw 580 more touchdown passes (and 83 more in the playoffs) while winning seven Super Bowl titles (so far) as the greatest quarterback of all time.

The fan is picking a good time to sell, though: Brady's 2000 Patriots rookie card sold for a record $2.25 million earlier this year as the sports memorabilia industry as a whole continues to boom in 2021.

We've partnered with Strat-O-Matic, the market leader in sports simulation to build simulation experiences for "What If Wednesdays.” In this edition, we asked how the 2020 season would play out if Brady stayed in Foxboro. Here is a look at how the simulation played out with a ton of data. Then, Trenni Kusnierek is joined by Tom E. Curran and Phil Perry to talk about the results, where both Patriots Insiders don't see things working out as they did in the Strat-O-Matic simulation.

Maybe collectors can get their hands on a Brady Super Bowl ring one day, too: The Tampa Bay Buccaneers quarterback recently said he'd trade two of his rings for a perfect season.

The auction for Brady's football runs through June 4. 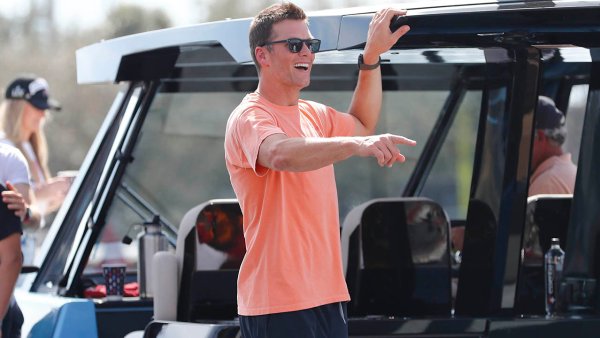 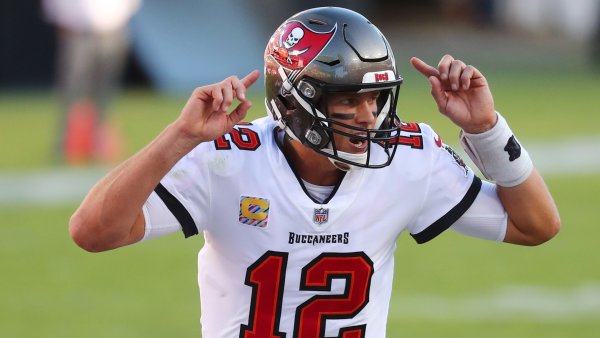 Brady Expects to Be Ready for Minicamp After Knee Surgery