The longest sentence so far is five years and three months for Robert Palmer, a Florida man who pleaded guilty to attacking police officers at the Capitol

Federal prosecutors are seeking a 15-year prison sentence for a Texas man who was convicted of storming the U.S. Capitol with a holstered handgun, calling him a militia group member who took a central role in the pro-Trump mob's attack, according to a court filing Friday.

If a judge accepts the Justice Department's recommendation, Guy Wesley Reffitt's prison sentence would be nearly three times longer than any of the more than 200 other defendants who have been sentenced for crimes related to the Jan. 6, 2021, riot in the nation's capital.

The longest sentence so far is five years and three months for Robert Palmer, a Florida man who pleaded guilty to attacking police officers at the Capitol.

U.S. District Judge Dabney Friedrich is scheduled to sentence Reffitt on Aug. 1. The judge isn't bound by any of the recommendations or the sentencing guidelines calculated by the court’s probation department, which call for a sentence ranging from nine years to 11 years and three months. 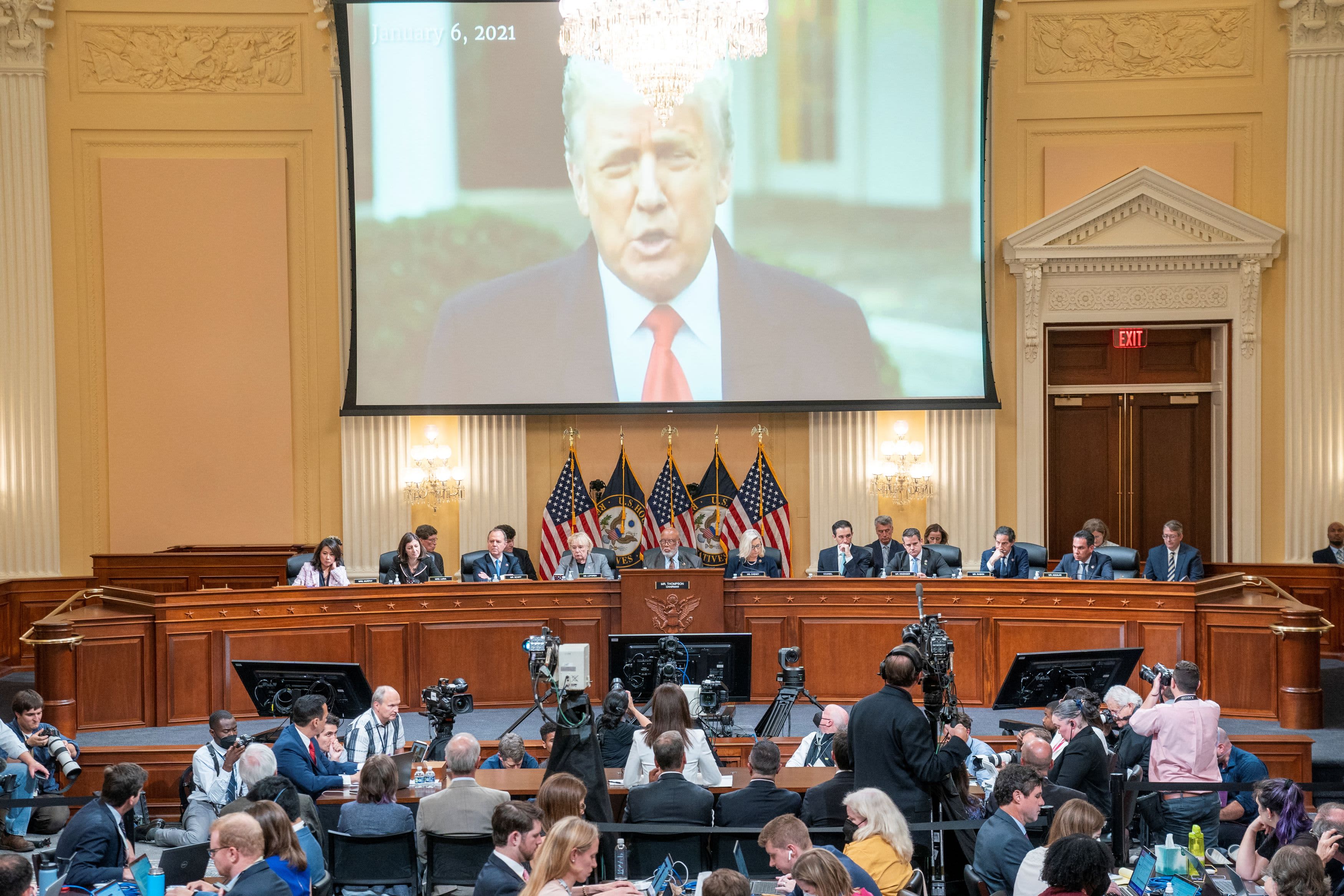 Jan. 6 Panel's Next Hearing Will Focus on Trump's Hourslong Failure to Stop the Capitol Riot 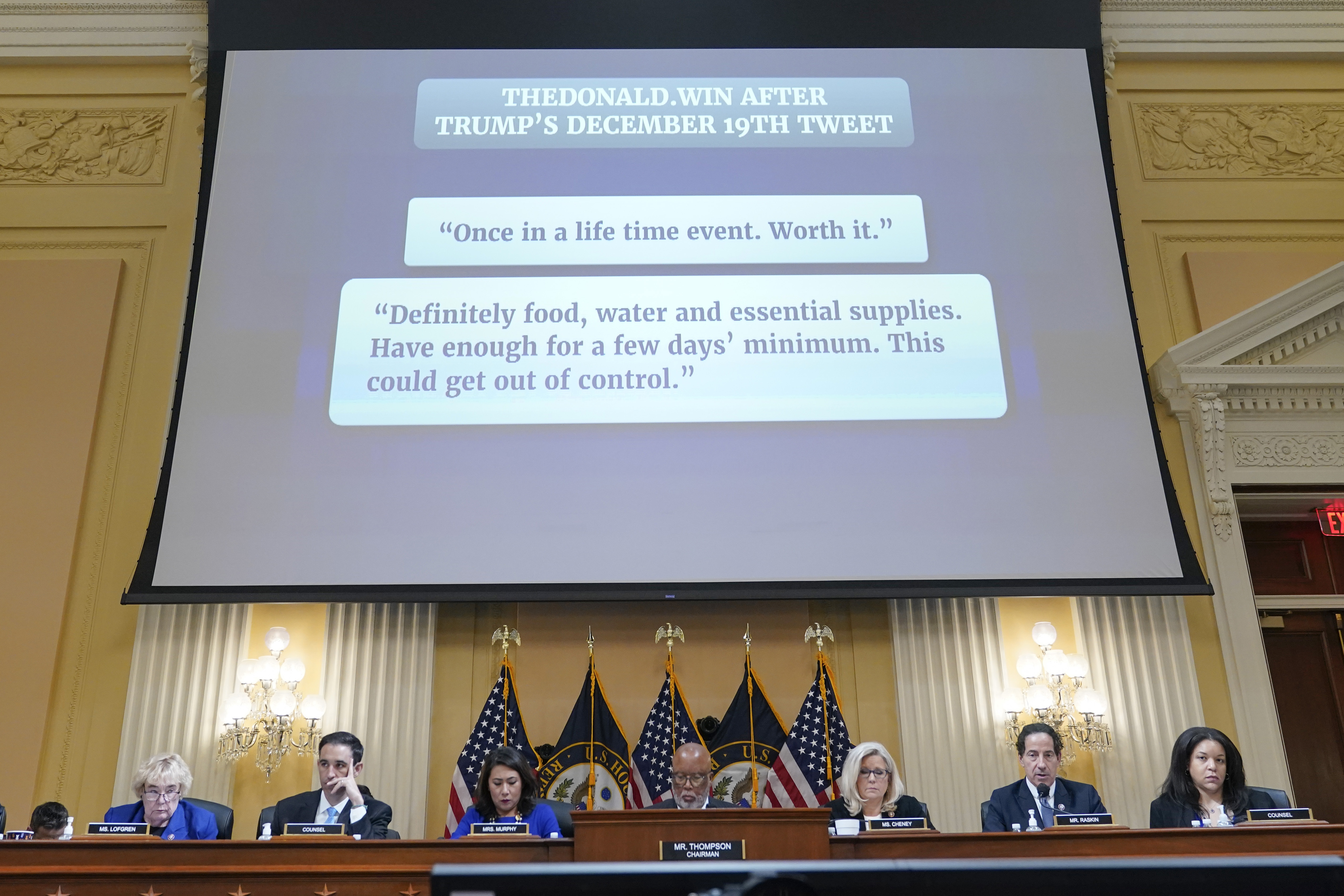 Defense attorney Clinton Broden, who is asking for Reffitt to be sentenced to no more than two years in prison, said he was shocked by prosecutors' recommendation. He noted that Reffitt wasn't accused of entering the Capitol or assaulting any police officers that day.

“It’s absolutely absurd,” he said during a telephone interview Friday. “I certainly don’t condone what Mr. Reffitt did. And I think everybody realizes the seriousness of the offenses. But at the same point, there has to be some proportionality here."

Prosecutors argue that an “upward departure for terrorism” is warranted in Reffitt’s case, which would lead to significantly longer sentence if the judge agrees to apply it. They say the trial evidence showed that Reffitt planned for weeks ahead of January to travel to Washington, D.C., “with the specific intent of attacking the Capitol and taking over Congress.”

"Reffitt did not intend to simply obstruct Congress’s certification of the Electoral College vote. Rather, Reffitt intended to physically remove the legislators from the building (using his firearm and flexicuffs, and the power of the crowd) and actually 'take over' Congress," Assistant U.S. Attorney Jeffrey Nestler wrote.

Reffitt, the Capitol riot defendant to be tried, was convicted by a jury in March of all five counts in his indictment. Jurors found him guilty of obstructing Congress’ joint session to certify the Electoral College vote, of interfering with police officers who were guarding the Capitol and of threatening his two teenage children if they reported him to law enforcement.

Prosecutors say Reffitt was a leader of a Texas militia group. He told other militia group members that he planned to drag House Speaker Nancy Pelosi out of the Capitol building by her ankles, "with her head hitting every step on the way down," Nestler wrote.

Stephen Ayres, who was convicted of participating in the U.S. Capitol riot on Jan. 6, 2021, testified Tuesday before the House select committee that he was driven to enter the Capitol Building after listening to former President Trump’s speech at the Ellipse. “The president got everybody riled up and told everybody to head on down. So we basically [were] just following what he said.”

Reffitt, a resident of Wylie, Texas, didn’t testify at his trial.

During the trial’s closing arguments, U.S. Attorney Risa Berkower told jurors that Reffitt proudly “lit the fire” that allowed others in a mob to overwhelm Capitol police officers near the Senate doors.

Jurors saw videos that captured the confrontation between a few Capitol police officers and a mob of people, including Reffitt, who approached them on the west side of the Capitol.

Reffitt was armed with a Smith & Wesson pistol in a holster on his waist, carrying zip-tie handcuffs and wearing body armor and a helmet equipped with a video camera when he advanced on police, according to prosecutors. He retreated after an officer pepper sprayed him in the face, but he waved on other rioters who ultimately breached the building, prosecutors said.

Hardie testified that both of them were armed with holstered handguns when they attended then-President Donald Trump’s “Stop the Steal” rally before the riot. Hardie said Reffitt talked about dragging lawmakers out of the Capitol and replacing them with people who would “follow the Constitution.” Hardie also said Reffitt gave him two pairs of zip-tie cuffs in case they needed to detain anybody.

Reffitt’s 19-year-old son, Jackson, testified that his father threatened him and his sister, then 16, after he drove home from Washington. Reffitt told his children they would be traitors if they reported him to authorities and said “traitors get shot,” Jackson Reffitt recalled.

In Tuesday’s hearing, Rep. Stephanie Murphy said the Jan. 6 Capitol riot was a “deliberate strategy decided on in advance by the president.”

Reffitt is “done with politics,” his lawyer said in a court filing Friday.

“His only goal now is to put his family back together while recognizing that as much as he spent the past two decades providing for them, he is the one who has driven them apart,” Broden wrote.

More than 840 people have been charged with federal crimes related to the riot. Over 330 of them have pleaded guilty, mostly to misdemeanors, and over 200 of them have been sentenced. More than 100 others have trial dates.