The series now heads back to Boston, with Game 3 slated for Monday night at Fenway Park.

The Red Sox had a grand old time Saturday night at Minute Maid Park in Houston.

Boston became the first team to slug two grand slams in a postseason game, with designated hitter J.D. Martinez and third baseman Rafael Devers connecting in the first two innings of a 9-5 win over the Astros that tied their American League Championship Series at one game apiece.

Martinez, who began his career with the Astros, made it 4-0 with two outs in the first when he launched an opposite-field shot off rookie Luis Garcia. It was the first career playoff slam for the four-time All-Star.

Garcia exited with right knee discomfort after walking the first batter of the second inning. Jake Odorizzi took over, and shortly after a 13-minute delay while the right-hander warmed up on the field, Devers connected with one out for slam No. 2 of the night.

The series now heads back to Boston, with Game 3 slated for Monday night at Fenway Park. It's the first of three consecutive home games for the Red Sox, back in the playoffs for the first time since winning the 2018 World Series after downing Houston in the ALCS.

Kike Hernandez, who Boston manager Alex Cora referred to Friday night as "en fuego'' after a two-homer performance in Game 1, remained on fire Saturday. He had two hits, highlighted by a solo homer in the fourth inning. Hernandez has been this postseason's hottest hitter, leading all players with 16 hits, five homers and four doubles. His nine extra-base hits are also the most in these playoffs and tied a Red Sox postseason record with Mike Lowell (2007), Kevin Youkilis (2007) and David Ortiz (2004 & 2007).

Back in Boston, Red Sox fans were in high spirits after Eovaldi and the team turned in a winning performance.

"I'm ready for game three and we're ready to go!” said Will Quilty, who watched the game at a bar near Fenway Park.

"I feel like we shouldn't even be here, so we're playing with house money right now so it will be great to come back, splitting the series in Houston and having a solid chance back in Fenway,” said Jodi Howlett, who drove from New Jersey just to ride with other Red Sox fans in this rollercoaster of emotions.

Three friends from Orlando, Florida, flew into Boston just to get a feel for what Fenway Park and the Red Sox are all about. And they're looking forward to the atmosphere inside the beloved ballpark Monday night.

"I'm excited. I love baseball and you know, being somewhere like Fenway Park on a game like it's going to be on Monday it's unbelievable, no matter who you're rooting for,” said Francisco Perez Corredor.

Chavez, who has been following the Red Sox since living in his native Venezuela, is cautiously optimistic about the future.

"We just got to take it one game at a time, you know, for Monday, especially being here at home, we got to win here, win them all, and hopefully win the rest out,” he said. 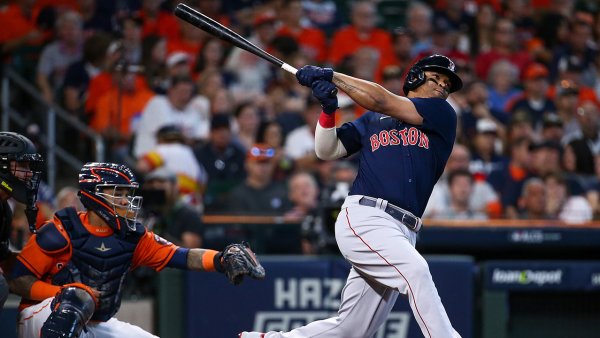 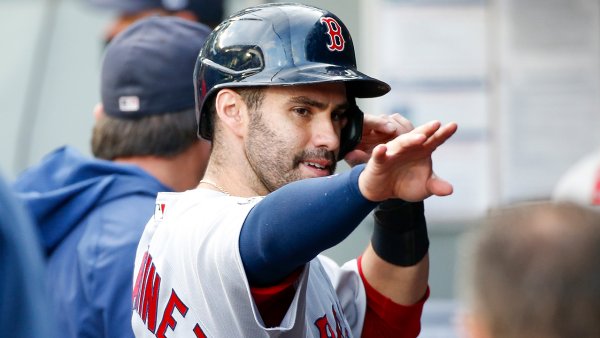 Did a Ball Boy Cost the Red Sox a Run in Game 1?

The Astros were hoping to extend their series lead Saturday night after capturing a 5-4 win in the series opener as they rallied behind homers from Jose Altuve and Carlos Correa, but they fell into a huge hole early.

The Red Sox were up 9-0 when Houston got on the board with an RBI double by Kyle Tucker with two outs in the fourth. The Astros cut the lead to 9-3 when Yuli Gurriel followed with single to right field that scored two more. Gurriel and Jason Castro added solo homers in the ninth off Darwinzon Hernandez before Ryan Brasier got the final out.

The injury to Garcia Saturday night is another blow to a Houston team trying to reach the World Series for the second time in three years. The Astros are already reeling after an injury to staff ace Lance McCullers Jr. that kept him off the roster for this series. They won the championship in 2017, a crown tainted by the team's sign-stealing scandal. When McCullers went out, manager Dusty Baker said the team would just have to "hit more'' to absorb the loss. But now that the rotation is further depleted, it'll be an even taller task for this powerful lineup outgunning a Boston team whose offense has outpaced everyone this postseason. Odorizzi was left off the Division Series roster after a disappointing first season in Houston before getting a spot in this round after the injury to McCullers. He allowed seven hits and four runs in four innings Saturday in a performance that certainly isn't good news for a team that is running short on starters.

UP NEXT There's a day off Sunday before Houston's Jose Urquidy makes his first start this postseason in Game 3 Monday. The Red Sox have yet to name their starter.