Russia says it will relocate naval exercises off the coast of Ireland after Dublin raised concerns about them amid a tense dispute with the West over expansion of the NATO alliance and fears that Russia is preparing to invade Ukraine.

The Feb. 3-8 exercises were to be held 240 kilometers (150 miles) off southwestern Ireland — in international waters but within Ireland’s exclusive economic zone. Ireland is a member of the 27-nation European Union but not a member of NATO.

Irish Foreign Minister Simon Coveney this week objected to the war games, saying “This isn’t a time to increase military activity and tension in the context of what’s happening with and in Ukraine. The fact that they are choosing to do it on the western borders, if you like, of the EU, off the Irish coast, is something that in our view is simply not welcome.” 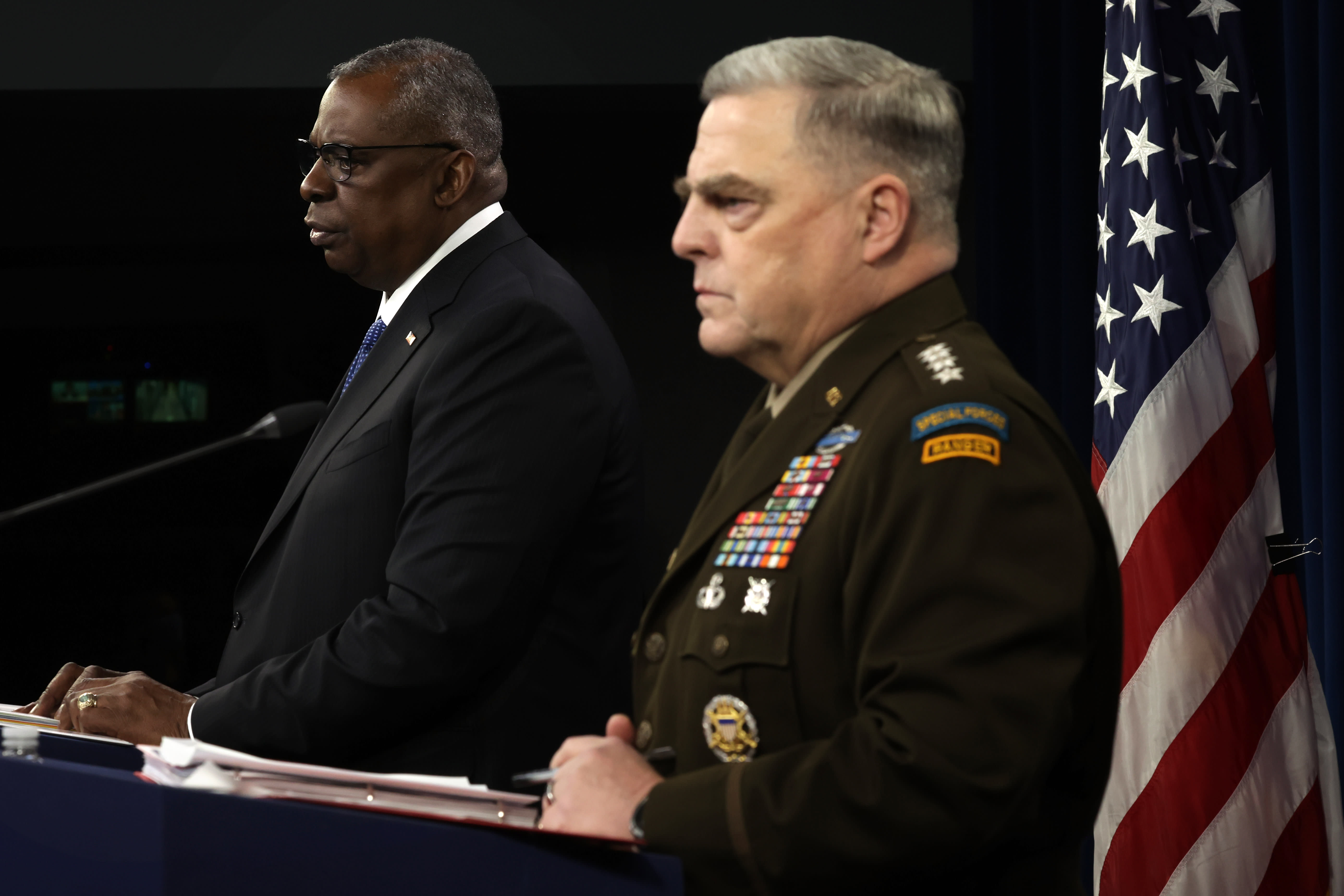 Russia’s embassy in Ireland on Saturday posted a letter on Facebook from Ambassador Yuriy Filatov saying the exercises would be relocated outside of the Irish economic zone ”with the aim not to hinder fishing activities.”

The decision was a rare concession amid the escalating tensions surrounding Russia's massing of an estimated 100,000 troops near the border with Ukraine and its demands that NATO promise never to allow Ukraine to join the alliance, stop the deployment of NATO weapons near Russian borders and roll back its forces from Eastern Europe.

The U.S. and NATO formally rejected those demands this week, although Washington outlined areas where discussions are possible, offering hope that there could be a way to avoid war.

Russian President Vladimir Putin has made no public remarks about the Western response. Foreign Minister Sergey Lavrov said it leaves little chance for reaching agreement, though he also says Russia does not want war.

U.S. Defense Secretary Lloyd Austin said Friday that Putin could use any portion of his force to seize Ukrainian cities and “significant territories” or to carry out “coercive acts or provocative political acts” like the recognition of breakaway territories inside Ukraine.

Two territories in eastern Ukraine have been under the control of Russia-backed rebels since 2014, after Russia annexed the Crimean Peninsula from Ukraine.

A Russian lawmaker is encouraging residents of those areas of Ukraine to join the Russian army, a sign that Moscow is continuing to try to integrate those territories as much as possible. Viktor Vodolatsky said Saturday that residents in rebels-held areas in eastern Ukraine fear assaults by Ukrainian forces and that those who hold Russian passports would be welcomed in the Russian military.

“If Russian citizens residing in the (territories) want to join the Russian Armed Forces, the Rostov regional military commissariat will register and draft them,” Vodolatsky, deputy chairman of parliament committee on relations with neighbors, told the state news agency Tass.

Russia has granted passports to more than 500,000 people in the rebel-held territories. Vodolatsky said the recruits would serve in Russia — but that leaves open the option that they could join any future invasion force.

A senior official in President Joe Biden's administration said the U.S. welcomed Lavrov’s comments that Russia does not want war, “but this needs to be backed up with action. We need to see Russia pulling some of the troops that they have deployed away from the Ukrainian border and taking other de-escalatory steps.” The official spoke on condition of anonymity because he was not authorized to talk publicly.

Lavrov has said the U.S. suggested the two sides could talk about limits on the deployment of intermediate-range missiles, restrictions on military drills and rules to prevent accidents between warships and aircraft. He said the Russians proposed discussing those issues years ago, but Washington and its allies never took them up on it.

He also said those issues are secondary to Russia’s main concerns about NATO. He said international agreements say the security of one nation must not come at the expense of others, and said he would send letters to his Western counterparts asking them to explain their failure to respect that pledge.

Washington has warned Moscow of devastating sanctions if it invades Ukraine, including penalties targeting top Russian officials and key economic sectors. Lavrov said Moscow had warned Washington that sanctions would amount to a complete severing of ties.

NATO, meanwhile, said it was bolstering its deterrence in the Baltic Sea region.

Russia has launched military drills involving motorized infantry and artillery units in southwestern Russia, warplanes in Kaliningrad on the Baltic Sea, and dozens of warships in the Black Sea and the Arctic. Russian troops are also in Belarus for joint drills, raising Western fears that Moscow could stage an attack on Ukraine from the north from Belarus. The Ukrainian capital is only 75 kilometers (46 miles) from the border with Belarus.

Since the collapse of the Soviet Union in 1991, Russia has been seen as a second-rate world power, says Chris Miller, professor of international history at Tufts University. Now it is ramping up its military presence on the border with Ukraine, a former Soviet state. "Most of the countries of the region don't want to be controlled by Russia. And so that's what brings us to this point of war," Miller says.
Copyright AP - Associated Press