Ukrainian President Volodymyr Zelenskyy warned his people early Saturday that retreating Russian forces were creating “a complete disaster” outside the capital as they leave mines across “the whole territory,” even around homes and corpses.

He issued the warning as the humanitarian crisis in the encircled city of Mariupol deepened, with Russian forces blocking evacuation operations for the second day in a row, and the Kremlin accused the Ukrainians of launching a helicopter attack on a fuel depot on Russian soil.

Ukraine denied responsibility for the fiery blast, but if Moscow’s claim is confirmed, it would be the war’s first known attack in which Ukrainian aircraft penetrated Russian airspace.

“Certainly, this is not something that can be perceived as creating comfortable conditions for the continuation of the talks,” Kremlin spokesman Dmitry Peskov said, five weeks after Moscow began sending upwards of 150,000 of its own troops across Ukraine’s border.

Russia continued withdrawing some of its ground forces from areas around Kyiv after saying earlier this week it would reduce military activity near the Ukrainian capital and the northern city of Chernihiv.

“They are mining the whole territory. They are mining homes, mining equipment, even the bodies of people who were killed,” Zelenskyy said in his nightly video address to the nation. “There are a lot of trip wires, a lot of other dangers.”

He urged residents to wait to resume their normal lives until they are assured that the mines have been cleared and the danger of shelling has passed.

While the Russians kept up their bombardment around Kyiv and Chernihiv, Ukrainian troops exploited the pullback on the ground by mounting counterattacks and retaking a number of towns and villages.

Still, Ukraine and its allies warned that the Kremlin is not de-escalating to promote trust at the bargaining table, as it claimed, but instead resupplying and shifting its troops to the country’s east. Those movements appear to be preparation for an intensified assault on the mostly Russian-speaking Donbas region in the country's east, which includes Mariupol.

Zelenskyy warned of difficult battles ahead as the Russians redeploy troops. “We are preparing for an even more active defense,” he said.

He did not say anything about the latest round of talks, which took place Friday by video. At a round of talks earlier in the week, Ukraine said it would be willing to abandon a bid to join NATO and declare itself neutral — Moscow’s chief demand — in return for security guarantees from several other countries.

The invasion has left thousands dead and driven more than 4 million refugees from Ukraine.

Mariupol, the shattered and besieged southern port city, has seen some of the worst suffering of the war. Its capture would be a major prize for Russian President Vladimir Putin, giving his country an unbroken land bridge to Crimea, seized from Ukraine in 2014.

Mariupol's fate could determine the course of the negotiations to end the war, said Volodymyr Fesenko, head of the Ukrainian think tank Penta.

“Mariupol has become a symbol of Ukrainian resistance," Fesenko said, “and without its conquest, Putin cannot sit down at the negotiating table.” The fall of Mariupol, he said, “will open the way to a peace agreement.”

On Friday, the International Committee for the Red Cross said it was unable to carry out an operation to bring civilians out of Mariupol by bus. It said a team had been on its way but had to turn back.

City authorities said the Russians were blocking access to Mariupol. 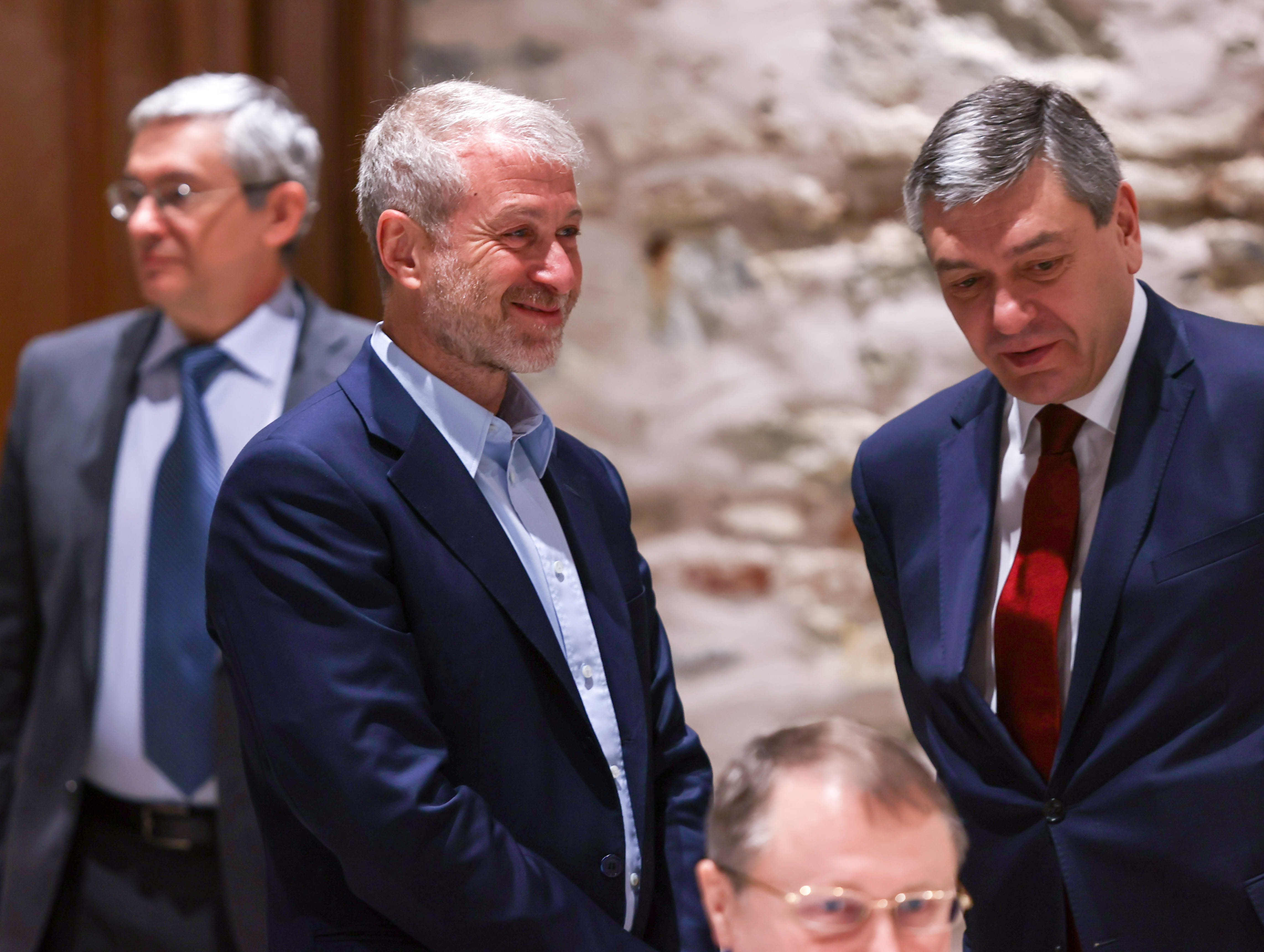 ‘Under the Counter Diplomacy': Why Sanctioned Oligarch Roman Abramovich Is Brokering Peace in Ukraine 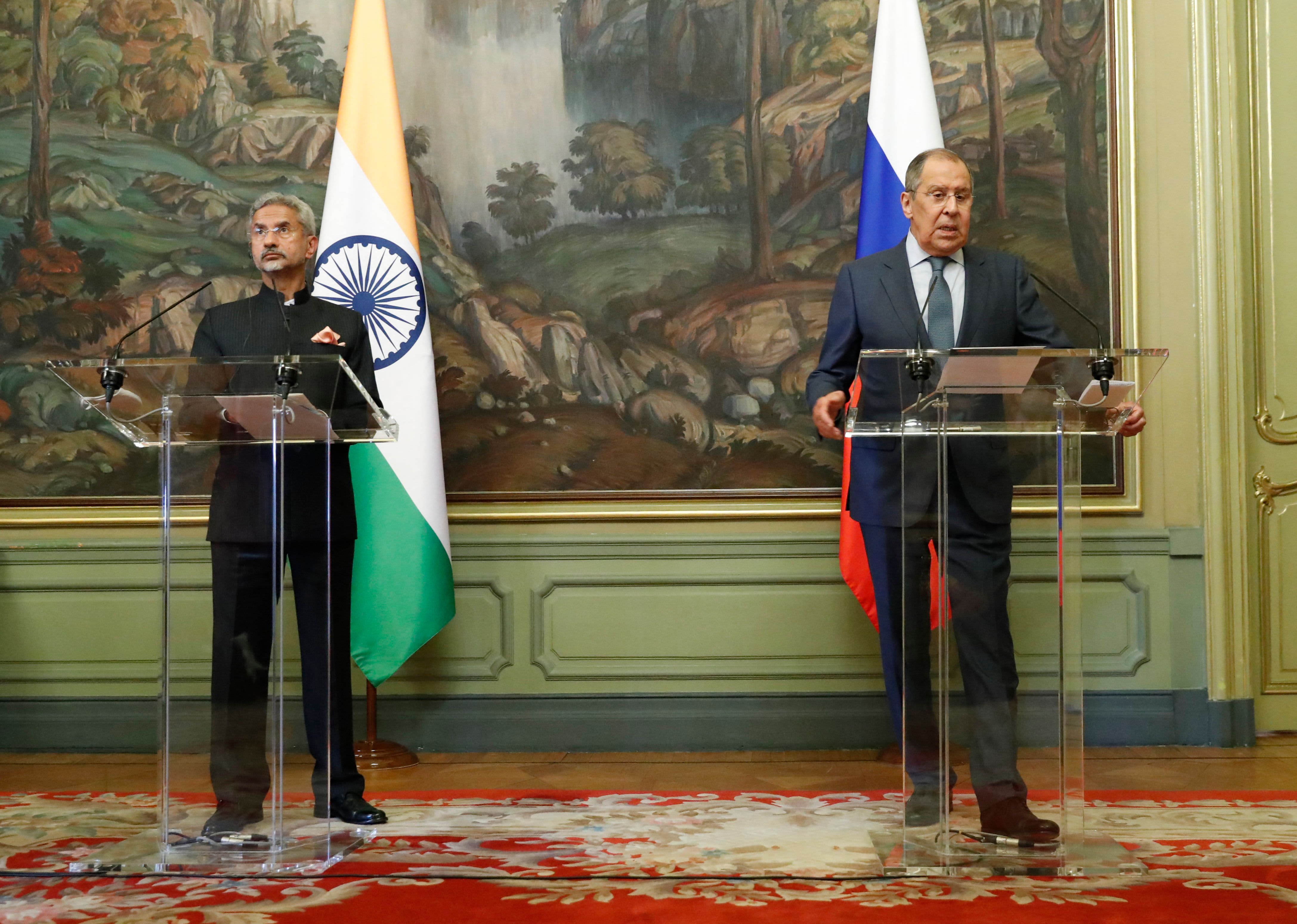 “We do not see a real desire on the part of the Russians and their satellites to provide an opportunity for Mariupol residents to evacuate to territory controlled by Ukraine,” Petro Andryushchenko, an adviser to the mayor of Mariupol, wrote on the Telegram messaging app.

He said Russian forces “are categorically not allowing any humanitarian cargo, even in small amounts, into the city.”

Around 100,000 people are believed left in the city, down from a prewar 430,000, and weeks of Russian bombardment and street fighting have caused severe shortages of water, food, fuel and medicine.

“We are running out of adjectives to describe the horrors that residents in Mariupol have suffered,” Red Cross spokesperson Ewan Watson said.

On Thursday, Russian forces blocked a 45-bus convoy attempting to evacuate people from Mariupol and seized 14 tons of food and medical supplies bound for the city, Ukrainian authorities said.

Zelenskyy said more than 3,000 people were able to leave Mariupol on Friday. He said he discussed the humanitarian disaster with French President Emmanuel Macron by telephone and with the president of the European Parliament, Roberta Metsola, during her visit to Kyiv.

“Europe doesn’t have the right to be silent about what is happening in our Mariupol,” Zelenskyy said. “The whole world should respond to this humanitarian catastrophe.”

Elsewhere, at least three Russian ballistic missiles were fired late Friday from the Crimean Peninsula at the Odesa region on the Black Sea, regional leader Maksim Marchenko said. The Ukrainian military said the Iskander missiles were intended for critical infrastructure but did not hit their targets because of Ukraine’s air-defense forces. It was unclear where they hit. Marchenko said there were casualties, but he did not elaborate.

Odesa is Ukraine’s largest port and the headquarters of its navy.

As for the fuel depot explosion, Russian Defense Ministry spokesman Igor Konashenkov said two Ukrainian helicopter gunships flew in extremely low and attacked the civilian oil storage facility on the outskirts of the city of Belgorod, about 25 kilometers (16 miles) from the Ukraine border.

The regional governor said two workers at the depot were wounded, but the Rosneft state oil company denied anyone was hurt.

Oleksiy Danilov, secretary of Ukraine’s national security council, said on Ukrainian television: “For some reason they say that we did it, but in fact this does not correspond with reality."

Russia has reported cross-border shelling from Ukraine before, including an incident last week that killed a military chaplain, but not an incursion of its airspace.

Amid the Russian pullback on the ground and its continued bombardment, Ukraine’s military said it had retaken 29 settlements in the Kyiv and Chernihiv regions.

Russian forces in the northeast also continued to shell Kharkiv, and in the southeast sought to seize the cities of Popasna and Rubizhne as well as Mariupol, the Ukrainian military said.

Meanwhile, Russia on Friday began its annual spring conscription, which aimed at rounding up 134,500 men for a one-year tour of military duty. Russian officials say new recruits won’t be sent to the front lines or “hot spots,” but many young Russians are skeptical and fear they will be drawn into the war.

On the outskirts of Kyiv, where Russian troops have withdrawn, damaged cars lined the streets of Irpin, a suburban area popular with young families, now in ruins. Emergency workers carried elderly people on stretchers over a wrecked bridge to safety.

Three wooden crosses next to a residential building that was damaged in a shelling marked the graves of a mother and son and an unknown man. A resident who gave her name only as Lila said she helped hurriedly bury them on March 5, just before Russian troops moved in.

The U.S. has commited over $2 billion to Ukraine in security assistance since the start of the Biden Administration – $1 bilion of it in March alone. Security assistance takes the form of equipment from the Department of Defense and is meant to help Ukrainians defend their country against Russia.

Note: Not all pledged government funding has been allocated yet
Source: The White House
Credit: Andrew Williams/NBC

“They were hit with artillery and they were burned alive,” she said.

An Irpin resident who gave his name only as Andriy said the Russians packed up their equipment and left on Tuesday. The next day, they shelled the town for close to an hour before Ukrainian soldiers retook it.