Harris County Judge Lina Hidalgo said on Twitter that Harris County is larger than the state of Rhode Island and that “this isn’t security, it’s suppression."

Texas Gov. Greg Abbott on Thursday dramatically reduced the state's number of drop-off sites for mail-in ballots, a move the Republican said was needed to ensure election security, while Democrats quickly blasted it as a naked effort to suppress voters.

Abbott's order limits drop-offs to a single location per county starting Friday, shuttering dozens of sites statewide in some of Texas' largest cities — Democratic strongholds in a state run by Republicans — as voters are already returning ballots for the November presidential election, among others. The order also allows poll watchers to observe ballot deliveries at each place.

Trump has spread falsehoods about mail voting, suggesting without evidence that the process — which is surging in popularity during the coronavirus pandemic — was ripe for fraud.

Texas is one of just five states not allowing widespread mail-in voting this year, with polls showing unusually tight races in America’s biggest red state. Democrats could take over the state House of Representatives for the first time in 20 years.

Meanwhile, battles over voting access have intensified. Abbott has resisted calls to expand eligibility to vote by mail, and courts have sided with GOP leaders who say fear of catching COVID-19 doesn’t qualify voters to receive mail-in ballots.

To qualify for a mail-in ballot in Texas, voters must be: away from their county of residence on Election Day and during the early voting period; sick or disabled; confined in jail but otherwise eligible to vote; or 65 years old or more.

Harris County — which includes Houston and is one of the most populous counties in the U.S. — had 12 drop-off locations planed for its more than 2 million registered voters as of September. Travis County, which includes the state capital of Austin, had four. And some of Texas' 254 counties are individually as large as 6,000 square miles (15,500 square kilometers).

You go out to dinner and ask for a dessert menu, but you decide not to order a treat. Did that dessert go missing? NBCLX’s Chase Cain uncovers the myth about missing ballots. Spoiler alert: it’s not a real issue. Here’s why the evidence for this myth is missing in action.

The top elected official in for the Houston area drove home that point in a tweet: Harris County alone is larger than the entire state of Rhode Island.

“Mail ballot voters shouldn’t have to drive 30 miles to drop off their ballot, or rely on a mail system that’s facing cutbacks,” said Harris County Judge Lina Hidalgo, a Democrat.

The county will “fight this to the extent that we can,” Hidalgo told The Associated Press, and county lawyers are considering legal action. She said Abbott’s action was another effort to suppress voters and an additional obstacle to democracy.

The U.S. Postal Service informed Texas in July that given the state’s current mail ballot request deadline, some ballots may not be delivered to voters by Election Day, and that even if all ballots reached voters on time, there was a “significant risk” that completed ballots postmarked on or near Election Day would not be received by the state’s Nov. 4 deadline.

The Texas Secretary of State’s office has not responded to Associated Press requests for comment on its plans to ensure the timely delivery of ballots. 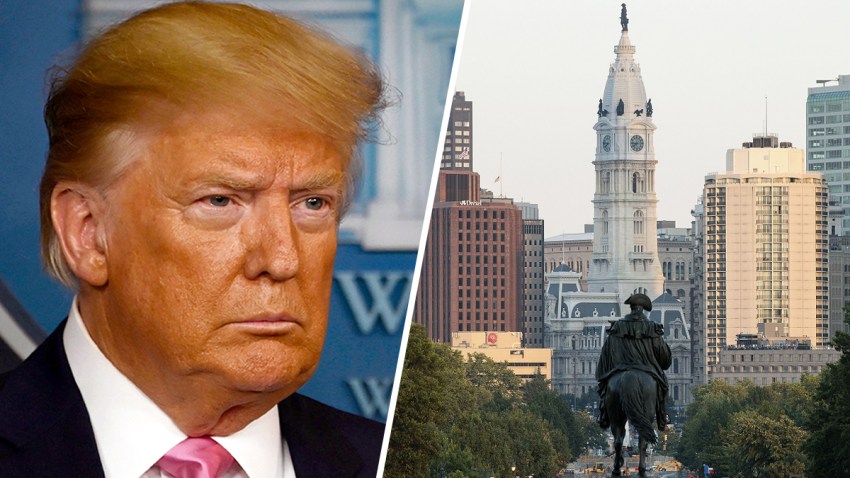 Harris County Clerk Chris Hollins said in a statement that he had applauded Abbott’s July decision to allow voters to drop off their mail ballots before Election Day because it “gave voters more options to vote safely during the global pandemic and alleviated concerns over mail delivery.”

But cutting back to a single drop-off location will harms voters, Hollins said.

“Our office is more than willing to accommodate poll watchers at mail ballot drop-off locations,” Hollins said. “But to force hundreds of thousands of seniors and voters with disabilities to use a single drop-off location in a county that stretches over nearly 2,000 square miles is prejudicial and dangerous.”

Texas Democratic Party Chair Gilberto Hinojosa said in a statement following the proclamation that Republicans were “on the verge of losing, so Gov. Abbott is trying to adjust the rules last minute.” He said courts nationwide have held that it is too late to make changes to election rules.

“Make no mistake: Democracy itself is on the ballot,” Hinojosa said in a statement.

Acacia Coronado is a corps member for the Associated Press/ Report for America Statehouse News Initiative. Report for America is a nonprofit national service program that places journalists in local newsrooms to report on undercovered issues.