These Hartford, Conn. Roads Will Be Closed During President Biden's Visit Friday

President Joe Biden will be in Connecticut tomorrow, visiting Hartford and the University of Connecticut in Storrs. Hartford police have released information on road closures for the president’s visit and UConn has notified the university community about what to expect on campus.

The U.S. Secret Service and the Federal Aviation Administration have also put a drone flight restriction in place on Friday.

Biden will be in Hartford to promote his Build Back Better Agenda, according to a statement from the White House.

Details on the exact location in Hartford where the president will visit have not been released. Gov. Ned Lamont said earlier this week that the president would be at "a childcare facility in the Hartford area.”

In conjunction with the United States Secret Service and Connecticut State Police, the Hartford Police Department Traffic Division will be closing several roads and police are asking drivers to avoid these areas.

Around 11 a.m., there will be intermittent closures in the areas of:

Police said all local roadways in the City of Hartford are expected to be reopened by 2 p.m.

UConn said the president Joe Biden will join former U.S. Senator Christopher Dodd and other dignitaries for the dedication of The Dodd Center for Human Rights.

The center has been known as The Thomas J. Dodd Research Center since it opened in 1995 and UConn said that UConn’s Board of Trustees voted unanimously in August to authorize its dedication as The Dodd Center for Human Rights.

“UConn is honoring over a half-century of public service of Connecticut’s father and son U.S. senators, Thomas J. Dodd and Christopher J. Dodd, as well as the commitment of the Dodd family to supporting the growth and development of UConn’s widely recognized human rights academic, research, and engagement programs,” UConn President Dr. Andrew Agwunobi said in a statement.

“We are deeply honored that President Biden is joining us as we dedicate ourselves to extending the Dodd family legacy,” he added.

UConn said the president’s visit and the security associated with it will disrupt some areas of campus and alter some campus operations.

They said employees who are able to work remotely are encouraged to do so Friday, with the approval of their manager, to reduce traffic in and around campus and the density of campus parking lots.

Staff affected by building closures should plan to work elsewhere on campus or remotely and should speak with their manager.

In most cases, classes will go on as scheduled, but students in classes in the affected buildings will receive an update directly from their instructor on how class will be delivered on Friday.

On Thursday, parking lots Y and Z are closed and will remain closed through the end of the day on Friday.

Barricades and fencing will be placed near the area of The Dodd Center and surrounding buildings, including on Whitney and Gilbert roads. Both roads will remain open to vehicles and pedestrians during the day Thursday, but there will be no parking along Whitney Road, on the Whitney Extension Road, or in the parking lot behind The Dodd Center beginning Thursday afternoon.

Homer Babbidge Library, the Whetten Building, and the Bousfield Psychology Building will be closed from late Thursday night through the end of Friday’s event in the late afternoon.

The McMahon/South parking lot and loading dock, all loading zones along Gilbert Road, the HEART House parking lot, The Dodd Center lot, and the Budds Building parking lot will be closed on Friday.

The roof and upper level of the South Garage will also be closed beginning midday.

The Student Recreation Center will be closed beginning at 10 a.m. Friday and will remain closed though late Friday afternoon following the conclusion of the event at The Dodd Center.

Gilbert Road will be closed beginning around noon on Friday through the end of the event at The Dodd Center late Friday afternoon.

There will be other temporary, intermittent road closures in the area of The Dodd Center during Friday afternoon.

Jim Calhoun Way will be closed Friday afternoon and evening as part of First Night.

The UConn event is open only by invitation, but it will be broadcast on a livestream feed for the public to watch. 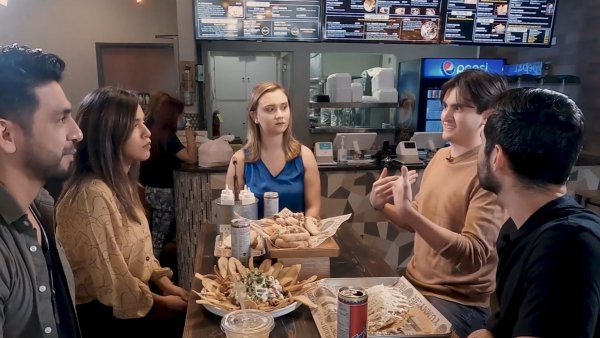 ‘Not a Monolith': NBCLX Staff Discuss What It Means to Be Hispanic 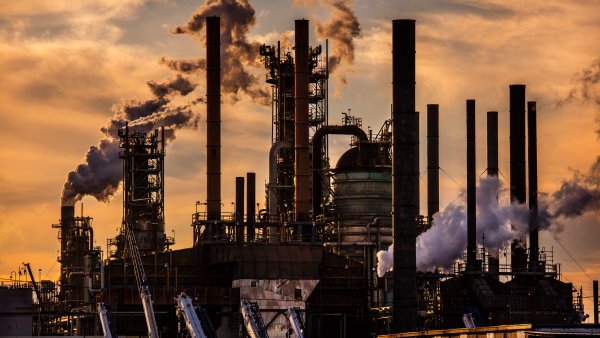 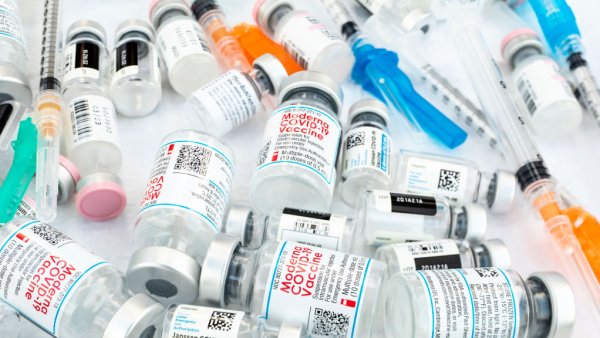 Hear From a Doctor: You Can Mix Vaccine Brands For Your COVID Booster

“I’m deeply grateful to UConn for recognizing me and my family by dedicating The Dodd Center for Human Rights, and I’m honored that my good friend President Biden is joining us to mark this occasion,” Christopher Dodd said in a statement.

“Given the challenges we face as a nation and as a global community, I am delighted that The Dodd Center will be a place where students, experts, advocates, and others can come together and work toward a more just world,” he added.

The details are available online here.

President Biden was last in the state in May when he delivered the keynote address at the U.S. Coast Guard Academy commencement.