This Playoff Adjustment Is Paying Dividends for the Red Sox

Either a brilliant deployment of resources or the downfall of the sport, shifts represent a polarizing focal point in the war between analytics and entertainment

Managers who treat playoff games like regular-season contests because "we shouldn't change what got us here" are just putting themselves in a position to be embarrassed by Alex Cora.

The 2021 playoffs have provided a master class in Cora using opponents' tendencies against them, and nowhere is this more subtly impacting games than how the Red Sox approach the shift.

Either a brilliant deployment of resources or the downfall of the sport, shifts represent a polarizing focal point in the war between analytics and entertainment. But there's no doubt they work. As aesthetically displeasing as it may be to watch a bullet to right field turned into a 4-3 out, it's effective.

Per Statcast data, shifted left-handed hitters who pulled the ball on the ground this year batted .129. It doesn't matter if you're an MVP like Freddie Freeman (.112) or a tween Sports Illustrated cover boy like Bryce Harper (.050). If you ground into the shift, you're out.

So why yank the ball when the entire left side of the infield is open? Because those frustrating outs are considered a worthwhile tradeoff for the production that comes with pulling the ball in the air. When Freeman hits fly balls to right vs. the shift, he's batting .650. Harper's at a staggering .833! Most of those hits are home runs.

The Boston Red Sox return home for Game 3 of the American League Championship Series Monday. After a weekend in Houston, Red Sox nation is ready to welcome their team home.

Over the course of a long season, then, the sacrifice is worth it. The Braves don't pay Freeman to punch the ball to left field for 162 games.

But in the playoffs, the calculus changes. And that's where Cora is running circles around opposing dugouts.

The Rays and Astros have dutifully shifted Red Sox hitters this postseason based on their regular-season tendencies. But rather than pull for power, Red Sox hitters have selectively punched the ball the other way, recognizing the importance of baserunners.

The results speak for themselves. The playoff Red Sox are averaging nearly seven runs a game, and that includes a shutout loss to the Rays in Game 1 of the ALDS.

They've helped their cause by taking what the defense gives them. According to Statcast, Red Sox batters have gone the other way against the shift 14 times and recorded eight hits, good for a .538 average. Alex Verdugo and Kyle Schwarber have already lined singles through massive holes on the left side against the Astros, and right-handed hitters like Christian Vazquez, J.D. Martinez, and Hunter Renfroe took advantage of gaps on the right side vs. the Rays.

As a means of comparison, the Red Sox hit just .318 on such balls during the regular season. They've consciously changed their approach, because they know the hits will be there for the taking, and in the playoffs every baserunner just cranks the heat on opposing pitching staffs.

"I think we try to do it all year, but players will gamble a little more in the playoffs because the reward is higher," said hitting coach Tim Hyers. "They know how important baserunners are. Strategy-wise, we probably put a little more emphasis on that, trying to pick our spots and show when to do it. There are some teams who really overshift us and we're trying to use the whole field. We feel if players do that, then (the defense is) possibly a little less likely to crowd on one side and that can open up some real estate on the pull side." 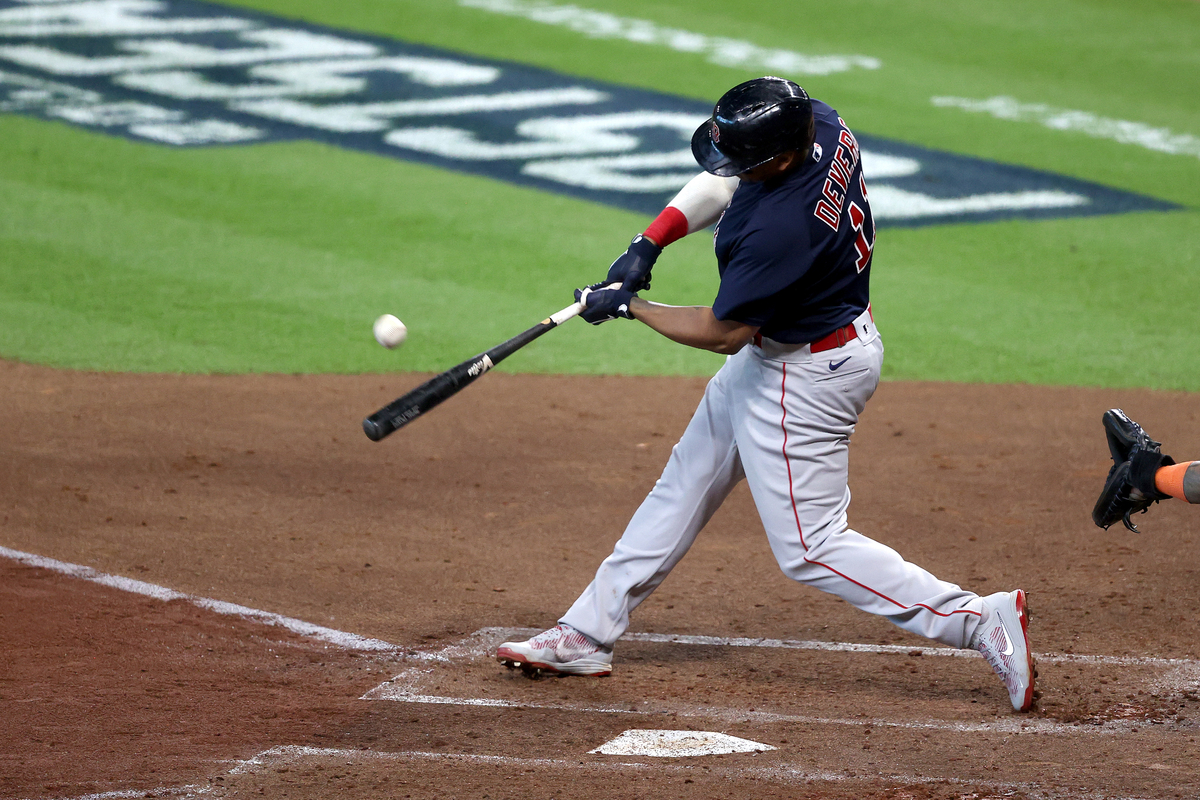 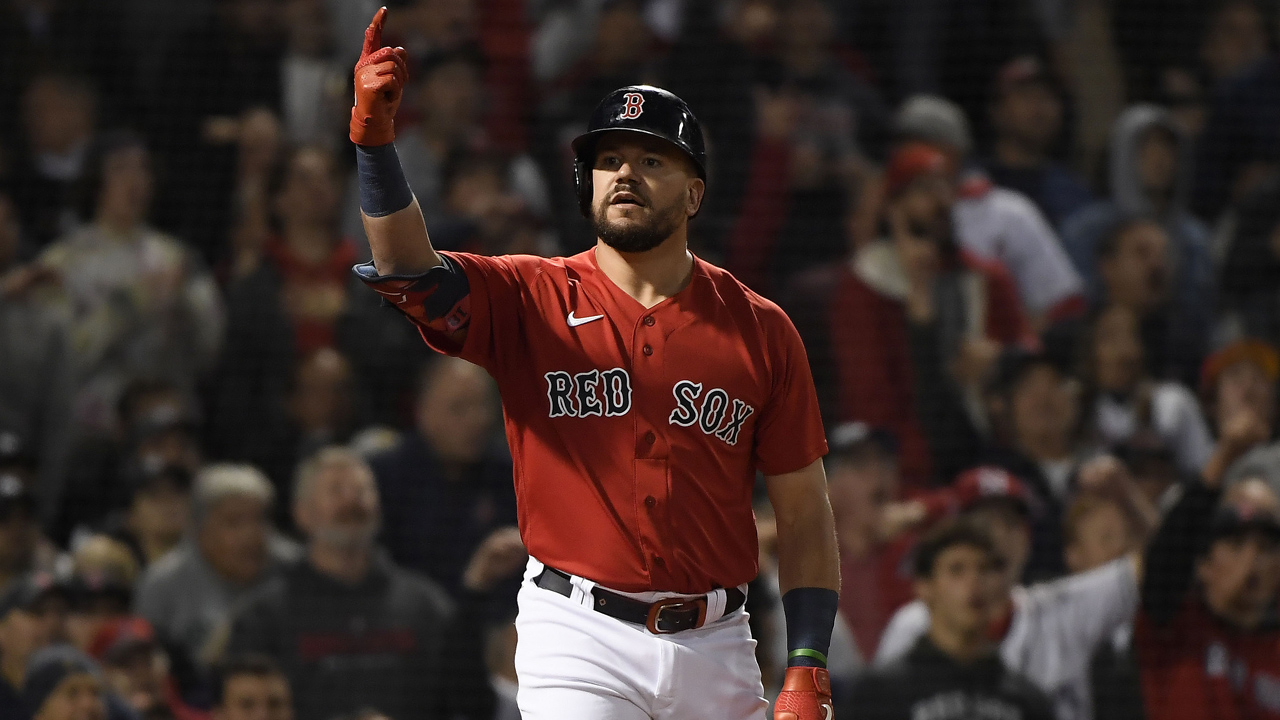 The Red Sox are doing it not by trying to shoot everything the other way, but by picking their spots. If the pitcher works the hitter away, they're just asking to see the ball poked through the vacated side of the infield. But if they come inside, the Red Sox will pull and do damage. The approach has taken what was already one of baseball's best offenses and made it borderline unstoppable.

"It's back and forth," Hyers said. "I think there's some times you can take advantage of some counts and how some pitchers are throwing against you. It's really difficult if they throw in certain locations to do that. So I think we've picked our spots and it's worked in our favor some. But are we trying to do it every time? No. Some guys have picked the right spots and capitalized."

It's a little thing, but just consider it another check mark in Cora's favor. Shifting the Red Sox may have been the right move during the season, but teams that do so now are paying the price.

Game 3 of the ALCS will be at Fenway Park Monday night in Boston, and fans are ready. Some headed to the team store Sunday to grab more merchandise for good measure.
Copyright RSN