If Lucas Dimos gets one more video removed from TikTok, he suspects he'll get kicked off the platform forever.

In the last month, at least 10 of his videos have been taken down for promoting illegal activities and regulated goods. But Dimos, who posts content on a TikTok account called theblockchainboy, says he hasn't done anything wrong.

"It's left my account on such a razor's edge," said Dimos. "We're dying out here. We're floundering. We've tried to build a community and guide this whole movement in the right direction."

TikTok cryptocurrency content creators like Dimos, who claim they are just trying to educate consumers about the emerging market, say they have been hard hit by rapid changes at the social media company. In July, TikTok implemented a system that can automatically block videos violating its policies, and the company recently updated its branded content policy, barring the promotion of financial services including cryptocurrencies, unless users disclose it through a branded content option in the app.

CNBC spoke with 11 cryptocurrency creators for this story who say they have posted educational crypto videos, yet their content is getting flagged or taken down permanently with little explanation from TikTok. Some said their accounts are also getting temporarily banned more frequently. Most of the influencers CNBC spoke with said they haven't been paid to promote any crypto content on TikTok in the last few weeks, and that video views and new followers have dwindled since July. 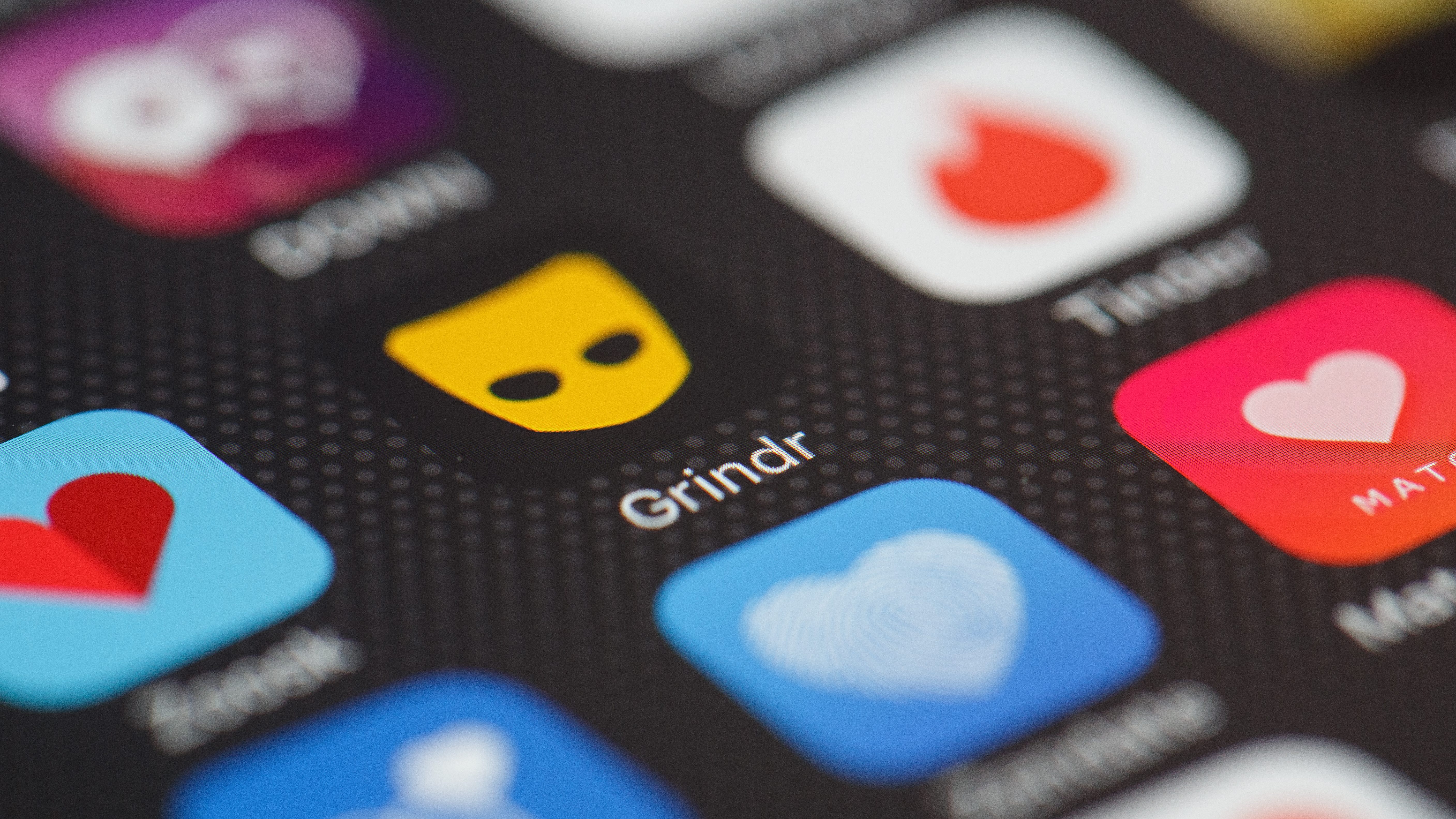 Crime and Courts 43 mins ago

TikTok declined to comment on the reports from creators. Instead, a spokesperson pointed CNBC to the company's community guidelines page. The spokesperson would not specify which guidelines crypto creators were violating.

When videos are pulled from TikTok, the creators say they get a notification that they violated community guidelines. Sometimes it notes that they posted content related to 'illegal activities and regulated goods.' The guidelines haven't been updated since December, though TikTok rolled out its new detection feature a little over a month ago, when creators say the takedowns ramped up.

"The real issue isn't the advertisements," said a cryptocurrency influencer who goes by Wendy O. "It's the fact that TikTok is shadow banning and censoring crypto content creators and a lot of us are posting great educational pieces."

The creators CNBC spoke with say the recent updates are warranted to crackdown on spam accounts or fraudulent money-making schemes like "rug pulls," where individuals entice users to buy into a crypto, prop up the price and pull out. But they say the system is overcompensating and affecting those who are just trying to educate their audiences about crypto.

"It was almost like a knee-jerk reaction from TikTok against all of these scams that were going on," said Dimos, who has over 314,000 followers on the platform. "While they may have blocked the scam posts, all of us creators are unable to post any of our content."

In recent weeks, creators say they can't use words like "Binance," "decentralized finance," or specific coins like bitcoin or ethereum in a video without it getting removed. The consensus among creators is that those words alert the algorithm, leading to an automatic takedown or review. Chart analysis and forecasting also flag the system, according to creators like Timothy, who goes by cryptoweatherman on TikTok.

Under its community guidelines, TikTok says it will remove content "including video, audio, livestream, images, comments, and text" in violation, and that it uses a "mix of technology and human moderation" to enforce its guidelines before content is even reported.

If a video is removed, the user is typically notified that the post violates a community guideline or relates to "illegal activities and regulated goods." But the message doesn't offer specifics, the creators said. The creators CNBC spoke with said if they get two videos taken down, they are banned from posting content for at least 24 hours. Bans can last anywhere from a day to a week, the creators who CNBC spoke with said.

TikTok's guidelines say that users are notified when content is removed and that they can appeal the takedown if they "believe no violation has occurred." The company also says it will suspend or ban accounts that are repeatedly "involved in severe or repeated violations" and that they take into account "information available on other platforms and offline in these decisions."

When the creators reach out to TikTok about an account ban or pulled video, most say they have been ignored or sent an automated response. There's no phone number to call, no representative to email, yet, some creators say when they appeal the takedown TikTok reinstates many videos.

Joshua Thillens, who goes by Joshua Jake on TikTok, says he's had at least eight videos taken down. When CNBC spoke with Mason Versluis, a creator with nearly 430,000 followers on an account called cryptomasun, he was experiencing a 48-hour ban, which prevented him from posting.

Prior to the guideline change, Versluis had one video taken down showing a car crash. In the last few weeks, he said between 30 and 35 of his videos have been taken down. Most were reinstated after he submitted an appeal.

"I'm not claiming to be a financial wizard or a financial advisor or even a trader," Versluis said. "I'm simply someone who's been in crypto for four years. I've studied this in-depth and the information I bring and the opinions should speak for themselves."

Views and followers reach a bottleneck

Many creators also say views and followers have slowed in recent weeks and followers say the creators aren't showing up on their "For You" pages. TikTok's community guidelines say the company may limit a post's visibility in search results and other feeds.

Mack Lorden, who has over 102,000 followers on TikTok, says he quickly built his following when he launched his platform in January. But he "reached a bottleneck" last month, a change he attributes to both the guideline change and the price drop in the crypto market.

Smaller creators like Miguel Morales, who has a little over 5,200 followers on his account called blockchaincrusader, are also feeling the pinch. Morales says views have dropped on good videos from almost 100,000 to 10,000. On a good day, he's lucky to get over 1,000 views.

Nick Dye, who has over 14,400 followers on his account called the_cryptokeeper, says he was getting 300 to 400 followers a day consistently within the first few months of launching his account and after posting a viral video. He said new followers went from hundreds to maybe three or six per day after the policy change. His first 12,000 followers he says he got in just 25 days. The last couple thousand has taken double the time.

"No one knows what they can and can't say," Dye said. "It discourages the newer creators like myself that have the knowledge and experience that they can offer. We're scared to share things for fear of getting banned."

In the weeks since the changes, creators say they are getting creative with the content they post. Wendy O. recently posted a series of videos referring to cryptocurrencies as ketos. Dye calls ethereum his "girlfriend." Carla Nasui and Walker Van Dixhorn, who are known as The Crypto Couple, have always used comedy to discuss crypto, a setup they say has kept them from getting banned. Morales has cut back from making three videos a day to just two.

Some creators CNBC spoke with have done sponsored content in the past and say they can make anywhere from $300 to $20,000, depending on their following. That payment is occasionally made in cryptocurrencies.

Versluis has partnered with DAO Maker, a crowdfunding platform that also serves as a launchpad for some cryptos, and IOI, one of the cryptocurrencies launched through it. Wendy O. created content for a platform involved in crypto-lending called Celsius.

Some also make money through paid Discord subscriptions and one-on-one investing sessions. But all of the creators CNBC interviewed said they make most of their content for fun or to educate the masses and they never explicitly tell users to buy into a coin.

An uncertain future at TikTok

Angel Talamantes who goes by begincrypto and has over 41,100 followers admits some influencers were "abusing" sponsored posts and promoting projects without doing their research prior to the changes.

"A lot of influencers that have a huge following don't really know what they're promoting," he said. "They hear the pitch from the cryptocurrency and it sounds good."

Morales and the other creators are happy to comply with the rules, but say the company needs to clarify the guidelines. This includes a clear definition of what is considered promoting cryptocurrencies and what qualifies their content as illegal activity and regulated goods. They also want a direct representative from TikTok who can answer questions and concerns.

Amid the uncertainty, some creators are getting ready to put their time into other platforms. Lorden says he's building up his YouTube and Discord accounts.

Thillens recently launched an account called CryptoKnight with Versluis, Timothy and Dimos that's run through Discord. They plan to host public events and launch a website so they "can't be filtered." But he admits going viral overnight on TikTok trumps the engagement on other platforms.