Said it before, I will say it again and I know you’re going to nod your head in agreement and say, “Facts.”

That I can sit here in the summer of 2021 and get a few weeks worth of offseason content debating where 75 (or so) brilliant players from a 20-year (and counting?) dynasty rank relative to each other is a sportswriter’s fantasy.

What compares? Covering the Yankees from the time they got Babe Ruth through Mantle, Dimaggio, Berra, Maris and Reggie? A 50-year span?

The Jordan Bulls? The Lombardi Packers? The Montana-Young Niners? The Gretzky Oilers? The 1970s Steelers or Cowboys?

I don’t think what I’ve gotten to see is unrivaled. I do think, perhaps with some bias, it has to be the best beat in terms of sustained excellence and never-ending storylines.

The fascinating, brilliant, enigmatic protagonists at the top: Bill Belichick, Tom Brady and Robert Kraft. The on-field drama in their biggest games. The Shakespearean nature of the dynasty’s birth dating back to the early 1990s when the team was almost seized by the league then saved by Bill Parcells, Kraft and Drew Bledsoe, only to have all that go down in a blaze of dysfunction with the unlikeliest duo emerging to become the greatest coach and quarterback duo in league history. And then a little dysfunction sinking them too, up to today when Brady’s gone off and won a Lombardi elsewhere and the Patriots are trying for a 3.0 version of the dynasty?

Anyway. We’re getting far afield. The upshot is, I’m doing a deal covering two separate dynasties and figuring how to stack these amazing players? Good stuff.

The historic nature of what I’ve gotten to observe is not at all lost on the players that helped create and sustain it.

“Coming in with that pressure because of what those guys built was always very stressful but it was also very exciting because you had something to live up to.”

When we’re stacking these players, one of the difficult aspects is how different the two iterations of the dynasty have been.

“The game changed from the first decade to the second decade,” said Karen Guregian from the Boston Herald, who’s been on the beat since the days of Parcells and is one of the most respected beat writers in the country.

Which iteration of the dynasty was better? The 2000 to 2009 Patriots, who won three Super Bowls (2001, 2003, 2004), went to four and were the only team to author a 16-0 season? That team set every offensive record worth setting and – regardless of what happened in the desert in February 2008 – is still one of the top five teams of all-time. And that came after they won their first three with defense, physicality, special teams, a bruising running game and a highly-sensible offense. They went 112-48 in the regular season and 14-4 in the playoffs.

Which Belichick was better? The one who spearheaded the building of the dynasty? Who got the Patriots to 16-0 despite the Spygate scandal (that maybe could have been avoided if he wasn’t looking for a loophole in the edict)? Who got the Patriots to 11-5 without Brady? Or the 2010-2019 version who diagnosed the 2009 illness of the team, got it cured by 2010, kept the team’s focus through the sickening stages of the Aaron Hernandez saga, outfoxed John Harbaugh and Pete Carroll in the 2014 playoffs, guided the greatest Super Bowl comeback ever but also benched Malcolm Butler in 2017, made things untenable with the greatest quarterback of all-time and did less than a bang-up job with a stretch of drafts?

We’re looking for bad brushstrokes on the Mona Lisa, you say? Eh. It’s a living. Anyway. So how do we divvy it all up?

“As far as this list goes, I only consider Lewis and Clark guys that were here from the very beginning when the boat hit Plymouth Rock (for the top five),” said former tight end Christian Fauria. “The 2000 guys, I’m sorry, you can’t overstate it. Kevin Faulk. Matt Light, Willie McGinest. Ted Johnson. Tedy (Bruschi). Those guys get a little bit more.

“And I give credit to guys who weren’t free agents,” Fauria added. “Guys who didn’t join the party late. So Rodney (Harrison), Mike (Vrabel) – obviously significant. But a player like Devin McCourty and what he has accomplished and the burden that has been placed on his shoulders during his run is significant. The top five to me are all foundational players. The second five are what I’d call the second dynasty, red jacket guys. And (Devin) is sixth. To me, he should be sixth.

“But I think there's something to the Lewis and Clark Expedition type thing,” said Fauria. “We kind of blazed the trail first. We set the rules and regulations. I feel there is an added little feather in your cap for those guys.”

Deion Branch made an interesting observation in relation to whether guys from the 2010s would have been able to beat out the personnel in the 2000s.

“If you took this list and took some of the guys who played then and have them play now, some of these guys might not be on this list,” he pointed out. “The game was played totally different back then. Look at some of the offensive things and the way they do things the way some of the guys on the defense side of all as well. So I take a lot of those things in consideration as well.

“The game was different,” he added. “The impact was totally different. You know it was great on both halves. But say you have similar guys at the same position. Mike Vrabel and the impact that he made with that team, would Kyle Van Noy get on the football field with that group of guys, you know, in the 2000s? I’m sure that Kyle would be on the team and they’d find a way to get him on the football field, I’m not discrediting Kyle, but would he be on the field ahead of Mike (in that style of play)?”

And the flip is true too. Which players from the 2000s defense would be a little obsolete now?

“The hardest thing about this team is trying to judge just guys during certain eras,” said Branch. “That's a whole different dynamic, different team. One of the biggest things that Bill always harped on is, after each and every Super Bowl, that run is over. We’re on to the next one now. Directly. Right after the game. We’d say, ‘Do we have time to celebrate here? We’re already fast-forwarding to next year.'"

So it was always changing, morphing and advancing. Which, I guess, is how you end up with 20 years of excellence to write, reflect and bicker about. 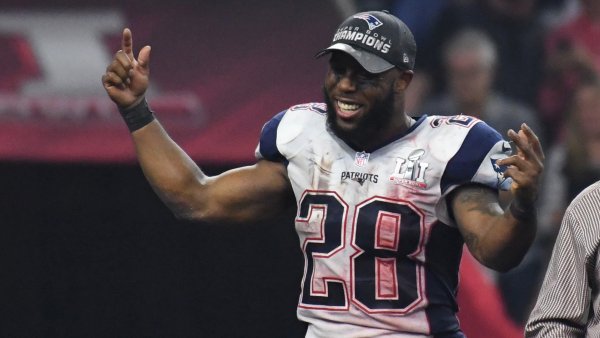 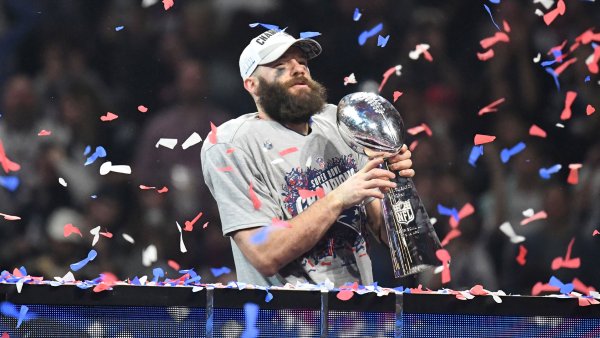