Gridlock at an English port kept thousands of truckers and travelers stranded Wednesday despite a deal with France to lift a two-day blockade imposed because of a new variant of the coronavirus that had isolated Britain and raised fears of food shortages.

Some goods and passengers began arriving on French shores in the morning, thanks to an agreement that allows people with a negative virus test to cross the Channel from Britain. But officials warned the backlog would take days to clear, and some truckers scuffled with police as huge lines of vehicles persisted at the port of Dover.

“Looking around, it doesn’t really seem that there’s a lot of progress being made here,” said Ben Richtzenhaim, a financial services worker who drove overnight from Scotland in hopes of getting home to Germany by car. “People are still not moving out of the way, and the authorities are not doing something either. So it’s a real deadlock.”

Some suggested the chaos was a precursor to what Britain may face if it doesn’t come to a trade agreement with the European Union before it leaves the bloc’s economic embrace on Dec. 31.

Multiple countries are closing their borders to the U.K. after a new coronavirus strain was discovered that is believed to be much more infectious. Dr. Noc, a scientist who has been educating TikTok users on the virus, stopped by LX News to answer our questions about what exactly this means.

Soldiers and contact-tracers were being deployed to administer virus tests, but drivers — some who have been stuck near English ports for three days with limited access to food and toilet facilities — say that has been delayed by traffic in the area. Germany’s ambassador to Britain, Andreas Michaelis, said on Twitter that he tried to get to a disused airport where trucks had been parked to talk to drivers — but couldn’t get through and was forced to speak to them by phone instead.

Nations around the world began barring people from Britain over the weekend after Prime Minister Boris Johnson announced that scientists said a new version of the virus whipping around London and England's southeast may be more contagious. The announcement added to anxieties at a time when Europe has been walloped by soaring new virus infections and deaths.

Some European countries relaxed restrictions on Britain on Wednesday, though many remain in place. Still, it was France’s ban on freight that caused the most alarm, since the U.K. relies heavily on its cross-Channel commercial links to the continent for food at this time of year, especially fresh fruit and vegetables. 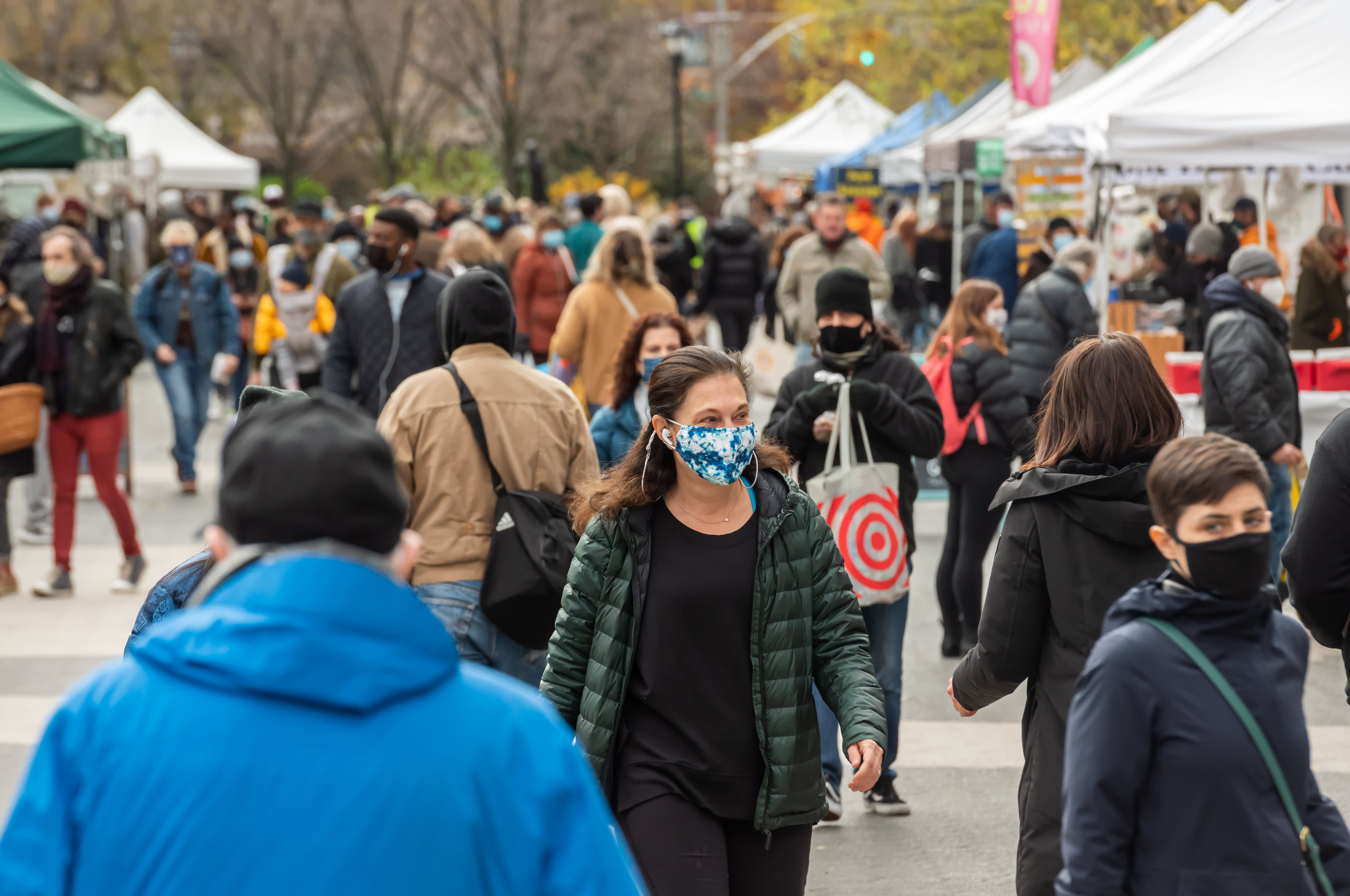 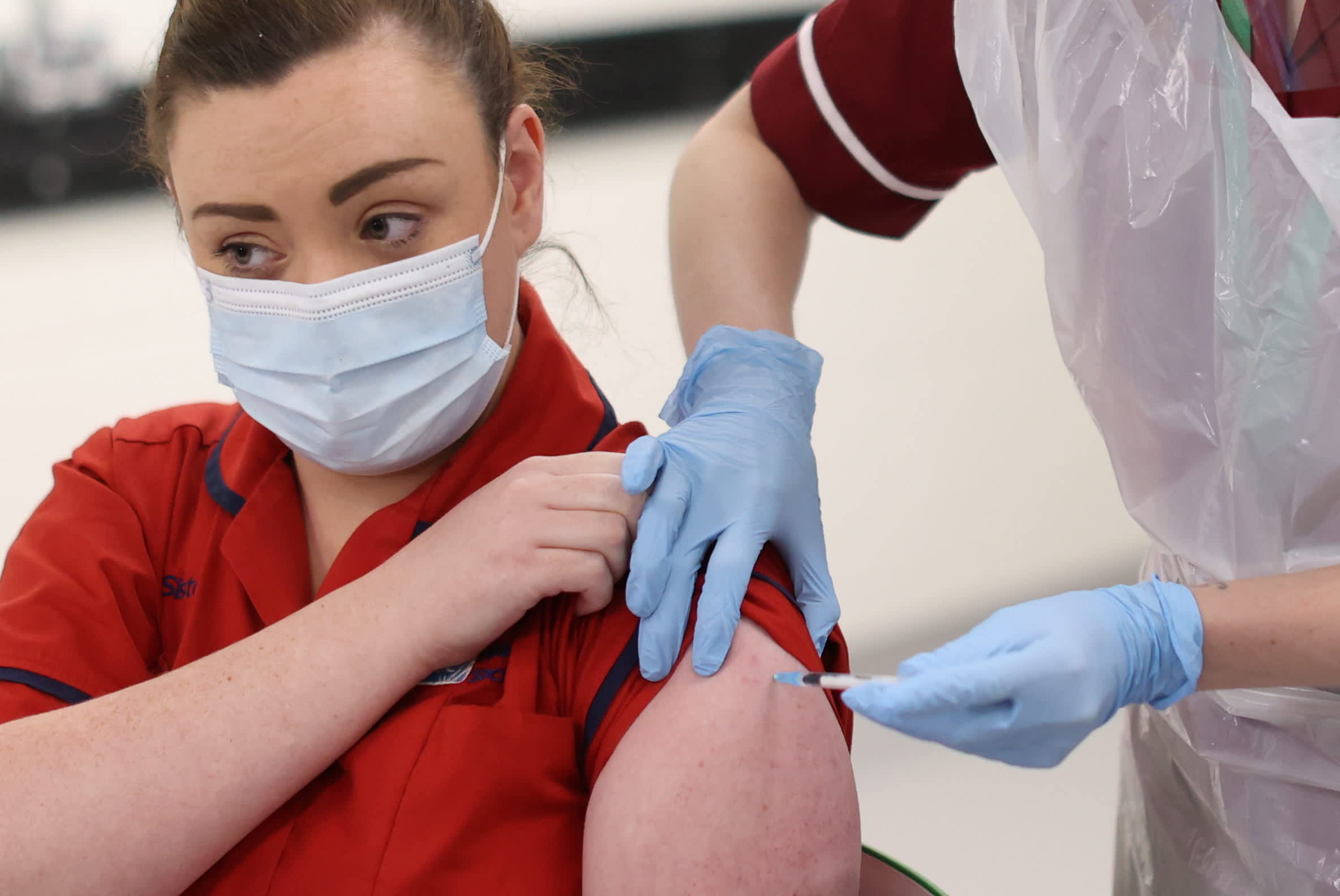 Associated Press reporters saw a ferry from Britain pulling into the French port of Calais before dawn Wednesday, and rail operator Eurotunnel said some trains carrying freight and car passengers were allowed to cross to the continent beneath the English Channel again.

But Jean-March Puissesseau, director of the Calais-Boulogne port, said he didn't expect freight trucks to begin arriving there until later Wednesday, though two cargo vans and some passenger cars had come by ferry. The port normally brings in up to 4,000 trucks a day.

Fears of food shortages added to an already glum runup to Christmasin Britain, where authorities have scaled back or canceled plans to relax restrictions for the holiday as daily virus infections soar and many hospitals are nearing capacity. Many Britons were already bracing for disruption, if the U.K. and the EU can’t agree on a new trade deal by the time the country leaves the bloc’s tariff-free single market and customs union in just over a week.

French authorities have insisted that the blockade was based on scientific concerns and not politics, but some noted it may have offered a glimpse of what Britain can expect next year.

“We thought we were OK, preparing for Dec. 31 (and Brexit), and then kaboom, we are in chaos already," Puissesseau, the French port director, told The Associated Press. The slowdowns could be worse when Brexit kicks in and French authorities will have to check customs documents as well as virus tests, he warned.

Clement Beaune, France’s European affairs minister, told BFM television during a discussion about the Brexit talks that when it comes to trade, “the British side has much more dependence on Europe than the reverse.”

People arriving from Britain are required to have a virus test capable of detecting the new variant, according to a late-night agreement reached after 48 hours of frenzied negotiations among French, British and EU authorities.

At least 40 countries have banned all trade and travel from Britain after a mutated coronavirus strain was discovered in southeast England.

British Communities Secretary Robert Jenrick said around 4,000 trucks may be waiting in the county of Kent to cross the Channel and urged other truckers not to head there until the backlog is cleared. It will take “a few days” to test all the drivers before they can travel to France, he said.

“Whatever the number is, whether it is 4,000 or more, it is a significant number to work through,” Jenrick said.

The Netherlands, Belgium and Bulgaria relaxed travel restrictions on Britain on Wednesday, but dozens of other countries are continuing to bar travelers. Japan announced that it will reinstate an entry ban on most new arrivals from the country.

Eurostar passenger train services also resumed from Britain to the continent, but only for citizens of Europe’s border-free zone, British citizens with EU residency and those with a special reason to come temporarily, such as truckers.

Liza Peirrusio, an Italian living in London, traveled to Paris on Wednesday to spend the holidays with her boyfriend.

“I’ve never been so happy to be a European citizen,” she said as she got off the first Eurostar to arrive since the weekend.