Maryland and the District of Columbia have argued that Trump is capitalizing on the presidency and causing harm to businesses trying to compete with his D.C. hotel

Lawyers for Maryland and the District of Columbia accused President Donald Trump in federal court Monday of "profiting on an unprecedented scale" from foreign government interests using his Washington, D.C., hotel, but a Justice Department lawyer insisted Trump isn't breaking the law because he provided no favors in return.

At issue is the Constitution's "emoluments" clause, which bans federal officials from accepting benefits from foreign or state governments without congressional approval. The plaintiffs argue Trump's D.C. hotel, which has become a magnet for foreign governments, harms area businesses because of the president's financial ties to its operations. No previous case on the subject has made it this far.

"This is the first oral arguments focused on the meaning of the emoluments clause in American judicial history," said Norman Eisen, chairman of the left-leaning Citizens for Ethics and Responsibility in Washington, which is co-counsel with the two jurisdictions.

U.S. District Judge Peter Messitte peppered lawyers for both sides over their arguments Monday, and had a particularly pointed exchange over Justice Department lawyer Brett Shumate's view that emoluments required a clear, provable "quid pro quo" — an exchange for an official action.

"Wouldn't that be bribery?" Messitte countered. "Another clause in the Constitution makes bribery a basis for impeachment. Are you saying that Congress could consent to bribery?"

Shumate stood his ground, saying "ultimately it's a question for Congress to decide, whether to consent or not," adding that there needs to be corrupt intent for bribery.

But the judge pressed on, questioning whether "as long as the president takes the money without a corrupt intent, then it's OK?" 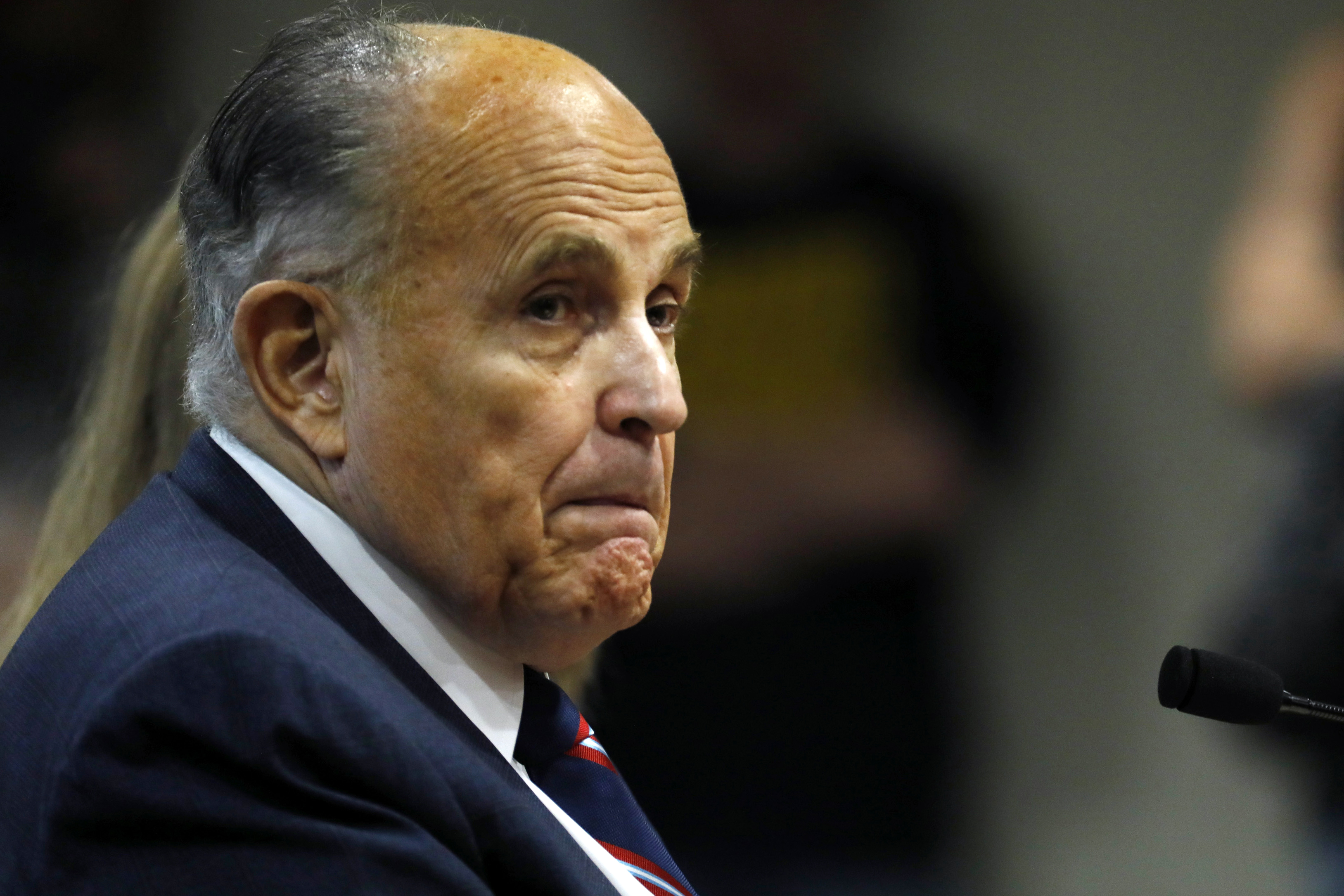 Trump administration lawyers have argued that earnings from such business activity, including hotel room stays, don't qualify as emoluments. They have argued that under Maryland and D.C.'s interpretation of an emolument, no federal official would even be able to own stock from a foreign company that provides profits or collects royalties.

Lawyers for Maryland and D.C. have maintained that no actual influence is necessary to establish an emoluments clause violation. Steven M. Sullivan, the solicitor general for Maryland, said that Trump's quid-pro-quo interpretation "requires circumstances that amount to bribery or an employment contract." Sullivan added: "That definition serves to protect the financial interests of Donald Trump."

So far in Trump's presidency, his hotel, which is in a former post office just steps from the White House, has become a popular meeting place for groups tied to foreign governments, including Kuwait, Bahrain, Turkey, Malaysia and Saudi Arabia. The Philippines, which is negotiating a new trade deal with the U.S., is holding its Independence Day celebration there Tuesday.

"The president's interpretation is that the Trump post office hotel is a giant straw that he can use to suck payments from foreign governments from all over the world and use them for his benefit," Maryland Attorney General Brian Frosh said outside court.

Messitte ruled earlier this year that Maryland and the District could proceed with their lawsuit against Trump's Washington hotel but he rejected their effort to target Trump Organization properties outside of the immediate area.

The judge said he planned to rule by the end of July on whether to allow the case to go forward. If he does, plaintiffs say they plan to advance quickly to a "broad" discovery, aiming to collect a trove of tax and financial records, emails and possibly depositions with Trump company executives and even the president's relatives.

The case in Messitte's court is one of three emoluments lawsuits against Trump. Last week, a federal judge in the District heard arguments in a lawsuit pressed by nearly 200 congressional Democrats. A third case was rejected by a federal judge in New York and is now on appeal.

D.C. Attorney General Karl Racine said last week that a handful of other states have consulted with the plaintiffs about possibly pursuing emoluments cases against other Trump properties and businesses. "We've had conversations. They are carefully observing and following our case," Racine said.