Donald Trump intends to assert executive privilege in a congressional investigation into the Jan. 6 insurrection at the Capitol, a move that could prevent the testimony of onetime aides, according to a letter on behalf of the former president.

The letter went to at least some witnesses who were subpoenaed by the House committee and it makes clear that Trump plans to invoke privileges meant to protect presidential communications from being shared with Congress. The substance of the letter from a lawyer for Trump was described Thursday by a person familiar with it who spoke on condition of anonymity to The Associated Press because the letter was not yet public.

Spokespeople for Trump did not immediately return messages seeking comment. Trump said in a statement last month that he would “fight the Subpoenas on Executive Privilege and other grounds, for the good of our Country.”

The move sets the stage for a likely clash with House Democrats who are investigating the roles of Trump and his allies in the run-up to the riot, when a large mob of Trump supporters broke into the Capitol as Congress was certifying the results of the presidential election won by Democrat Joe Biden. The committee is rapidly issuing subpoenas to individuals who are either connected to Trump or who helped plan the massive rally on the morning of Jan. 6 at which he told his supporters to “fight like hell." Subpoenas Could Shed Light on How Jan. 6 Rally Came Together 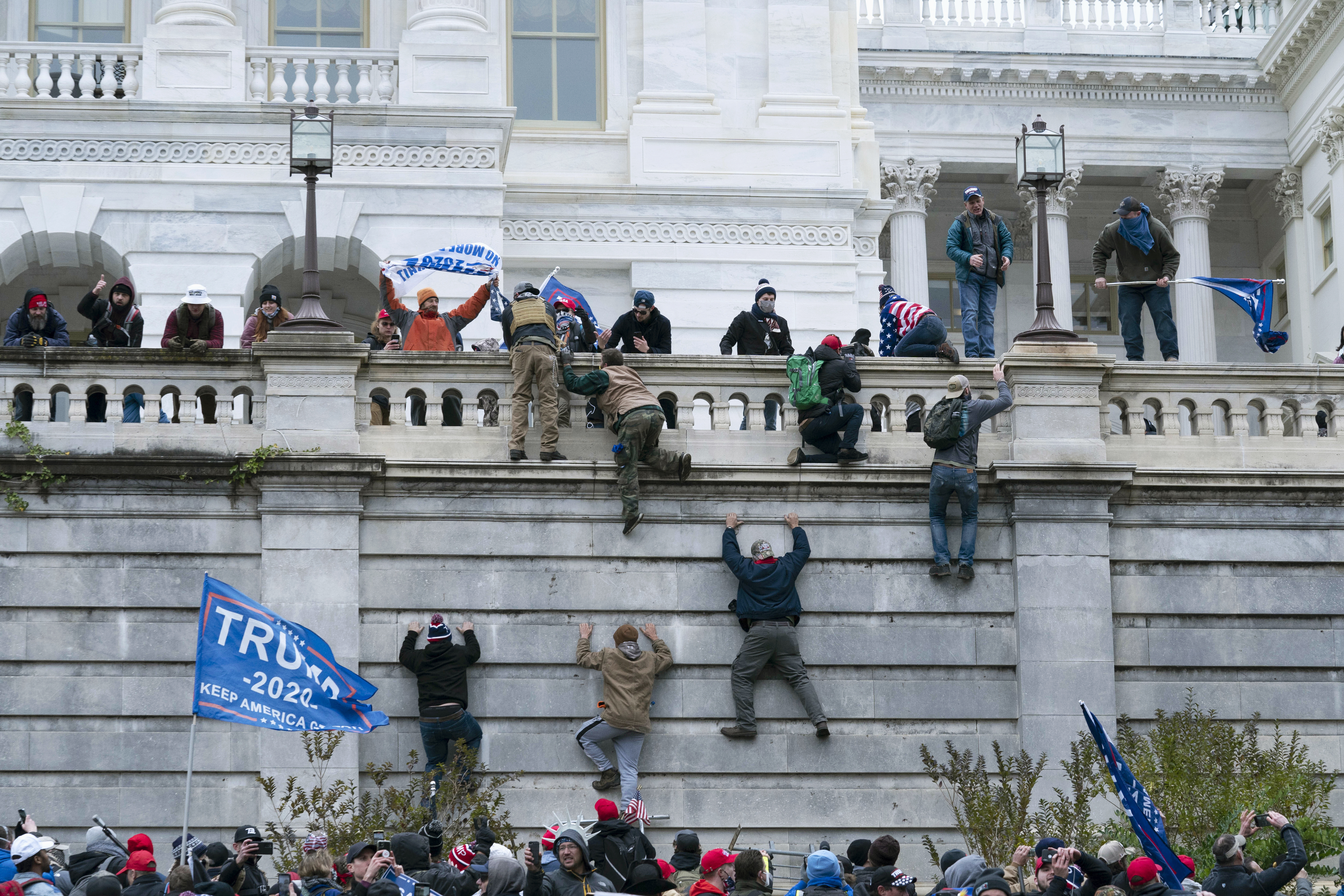 Friends From Ohio Get 45 Days in Jail for Capitol Riot

The committee, which was formed over the summer, last month issued subpoenas to Mark Meadows, Trump's former chief of staff; Dan Scavino, the former deputy chief of staff for communications; Kashyap Patel, a former Defense Department official; and Steve Bannon, a former Trump adviser. It was not immediately clear how those witnesses would respond to Trump’s action or what consequences they might face if they refuse to cooperate.

Patel said in a statement that he will “continue to tell the American people the truth about January 6.” It did not say whether he would comply.

Committee members have said they plan to try and move swiftly to obtain testimony and documents should any witnesses refuse to cooperate. Rep. Adam Schiff, D-Calif., tweeted that if the Trump associates do not comply, “they can be subject to criminal contempt.”

Charging the Trump associates with contempt could still be a lengthy process, including votes of the full House and potential court proceedings.

Because Trump no longer is in office, he cannot directly assert privilege to keep witnesses quiet or documents out of the hands of Congress. As the current president, Biden will have some say in the matter.

U.S. Capitol insurrection defendant Landon Copeland spoke with News4’s Scott MacFarlane in a jailhouse interview as he awaits trial on charges of assaulting police on the frontlines. This interview was recorded over two phone calls. Editor’s Note: Copeland misstated that Derek Chauvin was killed by a police officer. Derek Chauvin is a former police officer who has been convicted of...

The committee has issued more than a dozen subpoenas to people linked to plans for the Jan. 6 protests, including three additional witnesses announced Thursday. Those individuals would be less likely to get help from Trump’s executive privilege claims, which would be limited to people who worked in the White House.

The committee chairman, Rep. Bennie Thompson, D-Miss., said subpoenas had gone to Ali Abdul Akbar, also known as Ali Alexander, and Nathan Martin, as well the organization “ Stop the Steal, " to learn more about a rally that was planned on the Capitol grounds at the same time as the larger gathering on the National Mall. The committee earlier subpoenaed 11 other individuals connected to the planning of that larger rally.

According to the committee, Alexander released a statement after the riot linking “Stop the Steal” to the Capitol rally permit and explaining that the intention was to direct attendees of the larger rally to march to the Capitol. The panel cited reports that Alexander had made reference “to the possible use of violence to achieve the organization’s goals” and had been in communication with the White House and members of Congress.

“The rally on the Capitol grounds on January 6th, like the rally near the White House that day, immediately preceded the violent attack on the seat of our democracy," Thompson said in a statement. “Over the course of that day, demonstrations escalated to violence and protestors became rioters.”

Thompson said the committee “needs to understand all the details about the events that came before the attack, including who was involved in planning and funding them.”

Alexander has claimed lawmakers helped him plan the rally that led to the siege on the Capitol. He has been in Trump’s orbit for a few years, even being among the participants of Trump's “Presidential Social Media Summit” in July 2019 that included dozens of other conservative voices and far-right provocateurs.

In October 2020, the Arizona Republican Party appeared to ask supporters to consider giving their lives to keep Trump in office, retweeting Alexander’s pledge on Twitter that he was “willing to give my life for this fight.”