The U.N. General Assembly votes Thursday on a resolution backed by over 90 countries that blames Russia for the escalating humanitarian crisis in Ukraine and demands an immediate halt to hostilities, especially attacks on civilians and their homes, schools and hospitals.

Russia has denounced the resolution as “anti-Russian” and accuses its supporters of not really being concerned about the humanitarian situation on the ground, saying they want to politicize aid.

The vote follows the Security Council’s overwhelming defeat on Wednesday of a Russian resolution that would have acknowledged Ukraine’s growing humanitarian needs — but without mentioning Russia's invasion that has left millions of Ukrainians in desperate need of food, water and shelter.

The council acted a few hours after the General Assembly started considering a separate resolution titled “Humanitarian consequences of the aggression against Ukraine,” which was drafted by Ukraine and two dozen other countries from all parts of the world. There were over 70 scheduled speakers and only 62 were able to deliver their remarks, so the final speeches and vote were postponed until Thursday.

The assembly will also consider a rival South African resolution, which doesn't mention Russia and is similar to the Russian resolution rejected by the Security Council.

The vote on the Russian resolution reflected Moscow’s failure to get widespread backing for its military offensive in Ukraine, which marks its one-month anniversary Thursday. 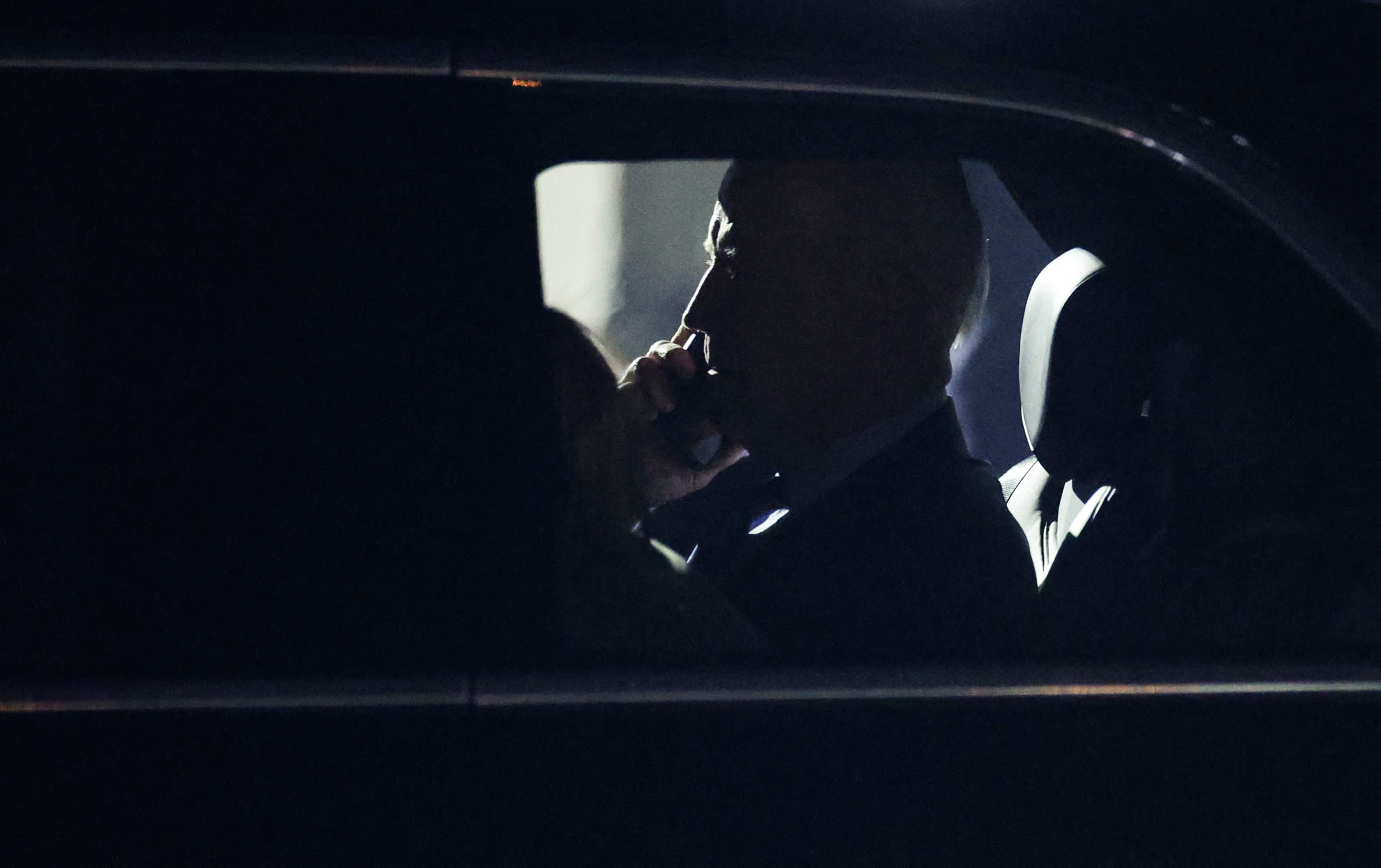 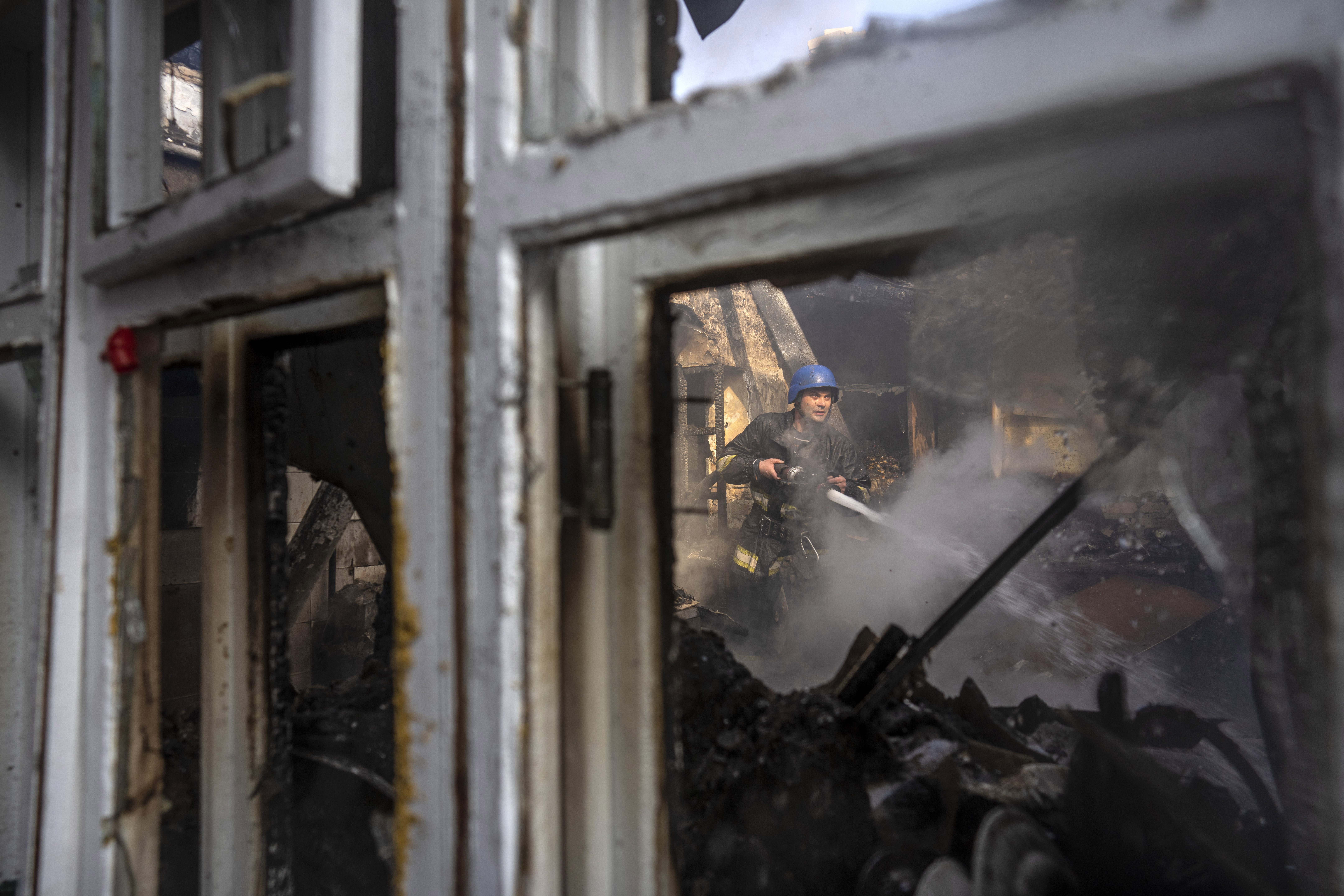 After Little Gain, Russian Forces Digging in Outside Kyiv: Official

To be adopted, Russia needed a minimum of nine “yes” votes in the 15-member Security Council and no veto by one of the four other permanent members — the U.S., Britain, France and China. But Russia got support only from its ally China, with the 13 other council members abstaining.

Britain’s U.N. ambassador, Barbara Woodward, called Russia's draft “a cynical effort to exploit the crisis which they have caused” and told reporters that “Russia has consistently misplayed its hand here, and seriously underestimated the consequences of what it’s done and the international perception of what it’s done.”

Before and after the vote, Russian Ambassador Vassily Nebenzia and U.S. Ambassador Linda Thomas Greenfield argued about Russia’s offensive and its decision to even draft a humanitarian resolution.

Nebenzia told the council that Russia's resolution, like other humanitarian resolution, “is not politicized.”

Thomas-Greenfield countered that Russia was “attempting to use this council to provide cover for its brutal actions.”

“Russia does not care about the deteriorating humanitarian conditions," she said. “If they cared, they would stop fighting. Russia is the aggressor, the attacker, the invader, the sole party in Ukraine engaged in a campaign of brutality against the people of Ukraine, and they want us to pass a resolution that does not acknowledge their culpability.”

China's vote Wednesday marked the first time it supported a Russian draft on Ukraine since the Feb. 24 invasion. It abstained on a March 2 General Assembly resolution demanding an immediate cessation of hostilities and withdrawal of all Russian forces from its smaller neighbor.

Chinese Ambassador Zhang Jun said China’s support for the resolution was to stress its call for the international community “to place high importance to the humanitarian situation in Ukraine” and for the parties to protect the safety of civilians.

Russia introduced its resolution on March 15. A day earlier, France and Mexico decided to move their proposed humanitarian resolution blaming the Russian invasion for the humanitarian crisis out of the Security Council, where it faced a Russian veto, to the 193-member General Assembly where there are no vetoes.

Unlike Security Council resolutions, General Assembly resolutions are not legally binding, but they do have clout in reflecting international opinion.

Throughout Wednesday, the assembly heard speeches starting with Ukrainian Ambassador Sergiy Kyslytsy, who urged all nations to vote for the resolution on the humanitarian consequences of Russia's military assault. He said this would send a powerful message aimed at helping people caught in the conflict and ending Moscow’s military action.

Nebenzia told the assembly that by considering the Ukraine-backed resolution, it was engaging in “another political anti-Russian show, set this time in an allegedly humanitarian context.”

He warned that adoption of that draft “will make a resolution to the situation in Ukraine more difficult” because it will likely embolden Ukrainian negotiators to maintain their “current unrealistic position” and not tackle the root causes of Russia’s military action.

Thomas-Greenfield sharply criticized Russia in her assembly speech, saying, “In one month, Russia caused the fastest-growing humanitarian catastrophes in the world.”

According to the U.N., about 10 million Ukrainians -- a quarter of its population -- have fled their homes and are now displaced in the country or among the 3.6 million refugees, she told the assembly, and 12 million need aid and 5.6 million children are unable to go to school.

President Joe Biden was asked to assess the threat of Russia using chemical warfare in Ukraine as he left the White House on Wednesday.

South Korean Ambassador Cho Hyun compared what Ukrainian children are experiencing to the plight of kids in his own country during the Korean War in the 1950s. “It is this organization’s most urgent and collective responsibility to stop this haunting replication of the agonies of children in the 20th century.”

Albanian Ambassador Ferit Hoxha urged the world’s nations not to forget the responsibility of Russian President Vladimir Putin. "This is a war of one man, in his own seclusion, and who, by his reckless actions, has managed to generate in a few weeks, the biggest ever solitude and world isolation of his own country.”

But Russia has some supporters other than China, including Syrian Ambassador Bassam Sabbagh, who said the assembly once again “is seeing an exploitation of human rights issues in order to create a state of polarization and politicization, used to serve the political interests of some.”

The draft reiterates the demand of the March 2 resolution for an immediate Russian cease-fire and it demands protection for all civilians and infrastructure indispensable to their survival.

The resolution deplores the “dire humanitarian consequences” of Russia’s aggression which it says is “on a scale that the international community has not seen in Europe in decades.” It deplores Russia’s shelling, airstrikes and “besiegement” of densely populated cities, and demands unhindered access for humanitarian aid.

Ukraine President Volodymyr Zelenskyy made an emotional appeal to Congress for more aid as his country fights off Russia’s invasion.

The South African draft calls for “an immediate cessation of hostilities” as a first step in easing the humanitarian crisis and encourages “political dialogue, negotiations, mediation and other peaceful means aimed at achieving lasting peace.” It makes no mention of Russia’s attack.

Russian authorities maintain they did not start the war and have repeatedly and falsely decried reports of Russian military setbacks or civilian deaths in Ukraine as fake news. State media outlets and government officials insist Russian troops target only military facilities.