The move clears the way for Biden aides to begin coordinating with federal agencies on plans for takeover on Jan. 20

The General Services Administration ascertained Monday that President-elect Joe Biden is the “apparent winner” of the Nov. 3 election, clearing the way for the start of the transition from President Donald Trump’s administration and allowing Biden to coordinate with federal agencies on plans for taking over on Jan. 20.

Trump, who had refused to concede the election, said in a tweet that he is directing his team to cooperate on the transition but is vowing to keep up the fight.

Administrator Emily Murphy made the determination after Trump efforts to subvert the vote failed across battleground states, citing, “recent developments involving legal challenges and certifications of election results.” Michigan certified Biden’s victory Monday, and a federal judge in Pennsylvania tossed a Trump campaign lawsuit on Saturday seeking to prevent certification in that state.

Yohannes Abraham, the executive director of the Biden transition, said in a statement that the decision “is a needed step to begin tackling the challenges facing our nation, including getting the pandemic under control and our economy back on track.”

He added: “In the days ahead, transition officials will begin meeting with federal officials to discuss the pandemic response, have a full accounting of our national security interests, and gain complete understanding of the Trump administration’s efforts to hollow out government agencies.”

Murphy, a Trump appointee, had faced bipartisan criticism for failing to begin the transition process sooner, preventing Biden’s team from working with career agency officials on plans for his administration, including in critical national security and public health areas.

President-elect Joe Biden nominated former chair of the Federal Reserve, Janet Yellen, to be Secretary of the Treasury. Here are five things to know about Yellen.

“Please know that I came to my decision independently, based on the law and available facts. I was never directly or indirectly pressured by any Executive Branch official—including those who work at the White House or GSA—with regard to the substance or timing of my decision,” Murphy wrote in a letter to Biden.

Trump tweeted shortly after her letter was made public: “We will keep up the good fight and I believe we will prevail! Nevertheless, in the best interest of our Country, I am recommending that Emily and her team do what needs to be done with regard to initial protocols, and have told my team to do the same.”

Pressure had been mounting on Murphy as an increasing number of Republicans, national security experts and business leaders said it was time for that process to move forward.

President-elect Joe Biden has tapped a former deputy director of the CIA to be director of national intelligence. Here are five things to know about Avril Haines.

Retiring Tennessee Sen. Lamar Alexander, who has repeatedly called for the transition to begin, released a new statement Monday saying that Trump should “put the country first” and help Biden’s administration succeed.

“When you are in public life, people remember the last thing you do,” Alexander said.

Republican Sen. Rob Portman of Ohio on Monday called for Murphy to release money and staffing needed for the transition. Portman, a senior member of the Senate Homeland Security and Governmental Affairs Committee, also said Biden should receive high-level briefings on national security and the coronavirus vaccine distribution plan.

Alexander and Portman, who have both aligned themselves with Trump, joined a growing number of Republican officials who in recent days have urged Trump to begin the transition immediately. Sen. Shelley Moore Capito, R-W.Va., also urged a smooth transition, saying in a statement Monday that “at some point, the 2020 election must end.”

Meanwhile, more than 160 business leaders asked Murphy to immediately acknowledge Biden as president-elect and begin the transition to a new administration. “Withholding resources and vital information from an incoming administration puts the public and economic health and security of America at risk,″ the business leaders said in an open letter to Murphy.

President-elect Joe Biden is expected to nominate Linda Thomas-Greenfield as U.S. Ambassador to the United Nations. Here are five things to know about the career diplomat.

The statement called on “Republican leaders — especially those in Congress — to publicly demand that President Trump cease his anti-democratic assault on the integrity of the presidential election.”

Trump had publicly refused to accept defeat and launched a series of losing court battles across the country making baseless claims of widespread voter fraud and seeking to overturn the election results.

Murphy missed a deadline on Monday set by House Democrats to brief lawmakers about the delay in beginning the transition, which is usually a routine step between the election and the inauguration. A spokeswoman for the GSA said that a deputy administrator would instead hold two separate briefings for House and Senate committees on Nov. 30.

President-elect Joe Biden has selected Antony Blinken to be his nominee for secretary of state.

In response, the Democratic chairs of four committees and subcommittees said they could reschedule the meeting for Tuesday, but no later.

“We cannot wait yet another week to obtain basic information about your refusal to make the ascertainment determination,” the Democrats said in a letter to Murphy. “Every additional day that is wasted is a day that the safety, health, and well-being of the American people is imperiled as the incoming Biden-Harris administration is blocked from fully preparing for the coronavirus pandemic, our nation’s dire economic crisis, and our national security.”

Portman said it was “only prudent” for GSA to begin the transition process immediately.

Republicans are turning up the heat on the administration to start working with President-elect Joe Biden's transition team, and sharply criticizing President Donald Trump's refusal to concede. "Quite frankly, the conduct of the president's legal team has been a national embarrassment," former New Jersey Governor Chris Christie said.

“Donald Trump is our president until Jan. 20, 2021, but in the likely event that Joe Biden becomes our next president, it is in the national interest that the transition is seamless and that America is ready on Day One of a new administration for the challenges we face,″ Portman wrote in an op-ed calling for the transition to begin.

Murphy's ascertainment will free up money for the transition and clear the way for Biden’s team to begin placing transition personnel at federal agencies. Trump administration officials had said they would not give Biden the classified presidential daily briefing on intelligence matters until the GSA makes the ascertainment official.

“Now that GSA Administrator Emily Murphy has fulfilled her duty and ascertained the election results, the formal presidential transition can begin in full force,” said Max Stier, president and CEO of the nonpartisan Partnership for Public Service. “Unfortunately, every day lost to the delayed ascertainment was a missed opportunity for the outgoing administration to help President-elect Joe Biden prepare to meet our country’s greatest challenges. The good news is that the president-elect and his team are the most prepared and best equipped of any incoming administration in recent memory.” 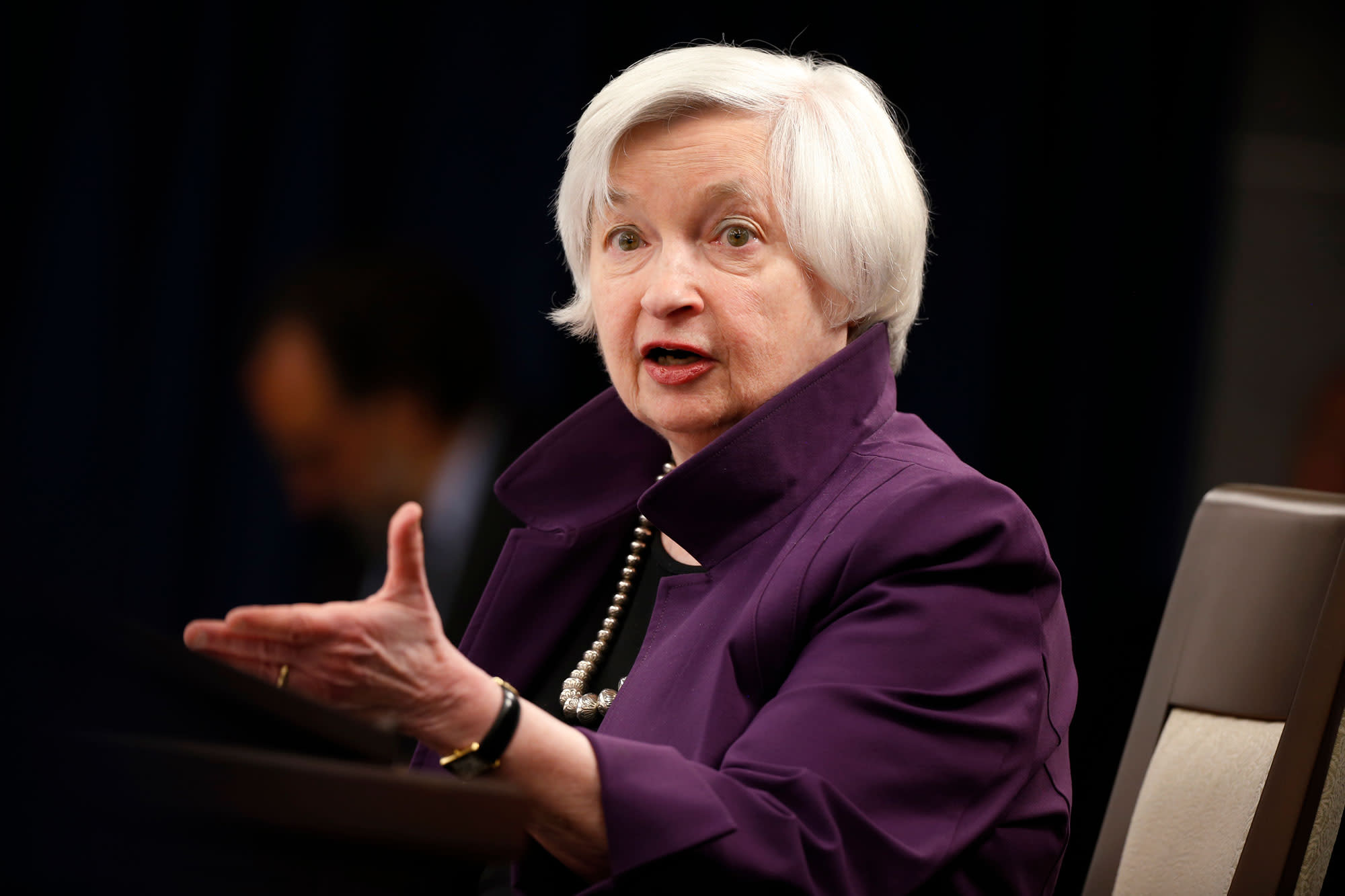 Markets Cheer Yellen Pick for Treasury, Seeing Her Focus on Fixing the Economy and Not Politics