Lawmakers are worried about their safety in D.C. and back in their districts

Lawmakers face threats of violence from an “enemy” within Congress, and more money is needed to protect them, House Speaker Nancy Pelosi says, a startling acknowledgment of escalating internal tensions over safety since this month's Capitol attack by supporters of former President Donald Trump.

The California Democrat's remarks Thursday came as the acting chief of the Capitol Police said separately that “vast improvements" are needed to protect the Capitol and adjacent office buildings, including permanent fencing. Such barricades have ringed the complex since the deadly Jan. 6 riot, but many lawmakers have long resisted giving the nation's symbol of democracy the look of a besieged compound, and leaders were noncommittal about the idea.

Pelosi focused her comments on the anxiety and partisan frictions that have persisted in Congress since Trump supporters’ assault on the Capitol, which led to five deaths. She told reporters she thinks Congress will need to provide money “for more security for members, when the enemy is within the House of Representatives, a threat that members are concerned about.”

She did not suggest how much money might be needed.

Some lawmakers who voted for this month’s House impeachment of Trump have reported receiving threats, and initial moves to enhance safety procedures have taken on clear partisan undertones. Some Republicans have loudly objected to having to pass through newly installed metal detectors before entering the House chamber, while Pelosi has proposed fining lawmakers who bypass the devices.

Pelosi did not say whom she meant by her reference to an “enemy" within the House, and a spokesperson provided no examples when asked.

First-term Rep. Marjorie Taylor Greene, R-Ga., who has expressed support for baseless QAnon conspiracy theories, has liked Facebook posts that advocated for violence against Democrats and the FBI. One post suggested shooting Pelosi in the head.

Asked to comment, Greene sent a written statement accusing Democrats and journalists of attacking her because she is “a threat to their goal of Socialism" and supports Trump and conservative values.

Capitol police were underprepared and officers were poorly led when protesters breached the U.S. Capitol, says Former FBI Deputy Assistant Director Danny Coulson. He explains to LX News the security measures that should have been in place prior to the Capitol riots such as undercover planning and scenario training.

Earlier this month, the HuffPost website reported that Rep. Andy Harris, R-Md., set off a newly installed metal detector while trying to enter the House chamber and was found to be carrying a concealed gun. Other Republicans have also talked about carrying firearms, which lawmakers are permitted to do, though not on the House or Senate floors.

Since the attack, the Capitol grounds have been surrounded by barrier fences and patrolled by National Guard troops. Yogananda D. Pittman, acting chief of the Capitol Police, said in a statement that based on security assessments by her agency and others, some changes should be lasting.

“In light of recent events, I can unequivocally say that vast improvements to the physical security infrastructure must be made to include permanent fencing, and the availability of ready, back-up forces in close proximity to the Capitol," said Pittman, whose agency provides security for Congress.

Rep. Steve Scalise, R-La., honored the fallen members of the Capitol Police who died in or after the Capitol riot and thanked those who still stand guard.

Others panned the permanent fencing suggestion. Rep. Elise Stefanik, R-N.Y., said she was “adamantly opposed” and had heard no justification for its need. First-term Rep. Jake Auchincloss, D-Mass., a former Marine, said it would be wrong to turn the Capitol into a ”fortress."

Pelosi met with Honoré but revealed little about what she learned. His review is expected to be completed no earlier than March 5, she said.

Pelosi said he was examining ways to protect lawmakers “in terms of their service here, their service home, their transportation in between.” Lawmakers have already been told they can tap accounts they use for office expenses for some security steps, and Pelosi mentioned the possibility of air marshals but provided no detail. 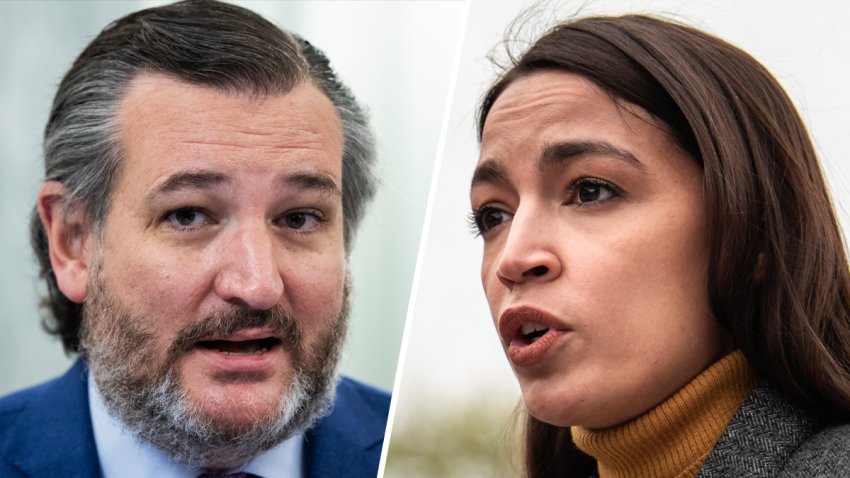 ‘You Almost Had Me Murdered': AOC Demands Cruz Resign Over Capitol Riot 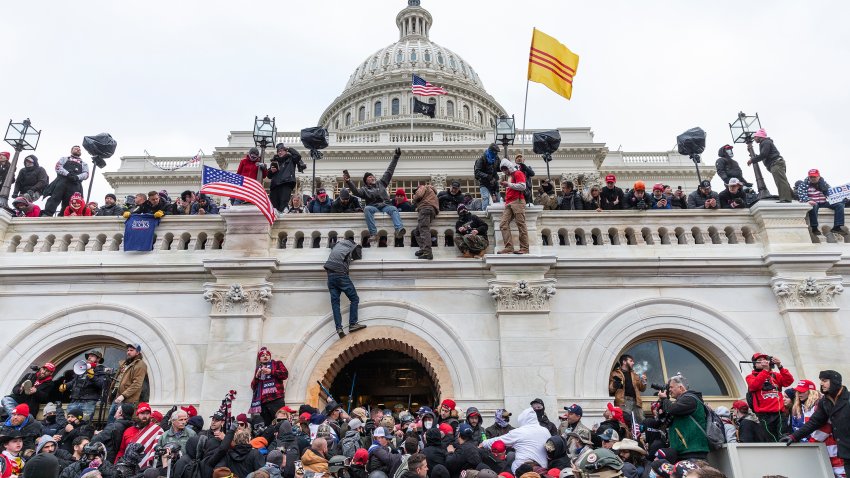 Prosecutors have charged more than 200 people for their roles in the riot, and others have been arrested after posting threats against members of Congress.

The public is barred from carrying firearms on Capitol grounds. Members of Congress can keep guns in their offices or transport them on the campus if they’re unloaded and securely wrapped.

On Wednesday, the Department of Homeland Security issued a national terrorism bulletin warning of the possibility of more violence from people motivated by antigovernment sentiment after President Joe Biden’s election. The department did not cite any specific plots.

A Senate trial on whether to punish Trump is set to begin next month, following his House impeachment on a charge of inciting the insurrection at the Capitol.

Trump made incendiary remarks to a throng of supporters that day, urging them to march to the building. Lawmakers at the time were formally certifying Biden’s election victory, which Trump has repeatedly and falsely attributed to fraud.