The announcement comes ahead of a meeting between President Joe Biden and Russian President Vladimir Putin on June 16 in Geneva, Switzerland

The Biden administration informed Russia on Thursday that it will not rejoin a key arms control pact, even as the two sides prepare for a summit next month between their leaders, the State Department said.

U.S. officials said Deputy Secretary of State Wendy Sherman told the Russians that the administration had decided not to reenter the Open Skies Treaty, which had allowed surveillance flights over military facilities in both countries before President Donald Trump withdrew from the pact. As a presidential candidate, Biden had criticized Trump's withdrawal as “short-sighted.”

Thursday's decision means only one major arms control treaty between the nuclear powers — the New START treaty — will remain in place. Trump had done nothing to extend New START, which would have expired earlier this year, but after taking office, the Biden administration moved quickly to extend it for five years and opened a review into Trump's Open Skies Treaty withdrawal.

The officials said that the review had been completed and that Sherman had informed Russian Deputy Foreign Minister Sergei Ryabkov of the U.S. decision not to return to the 1992 Open Skies Treaty. The officials were not authorized to discuss the matter publicly and spoke on condition of anonymity. The State Department later announced the move.

“The United States regrets that the Treaty on Open Skies has been undermined by Russia’s violations,” the department said. “In concluding its review of the treaty, the United States therefore does not intend to seek to rejoin it, given Russia’s failure to take any actions to return to compliance. Further, Russia’s behavior, including its recent actions with respect to Ukraine, is not that of a partner committed to confidence-building.” 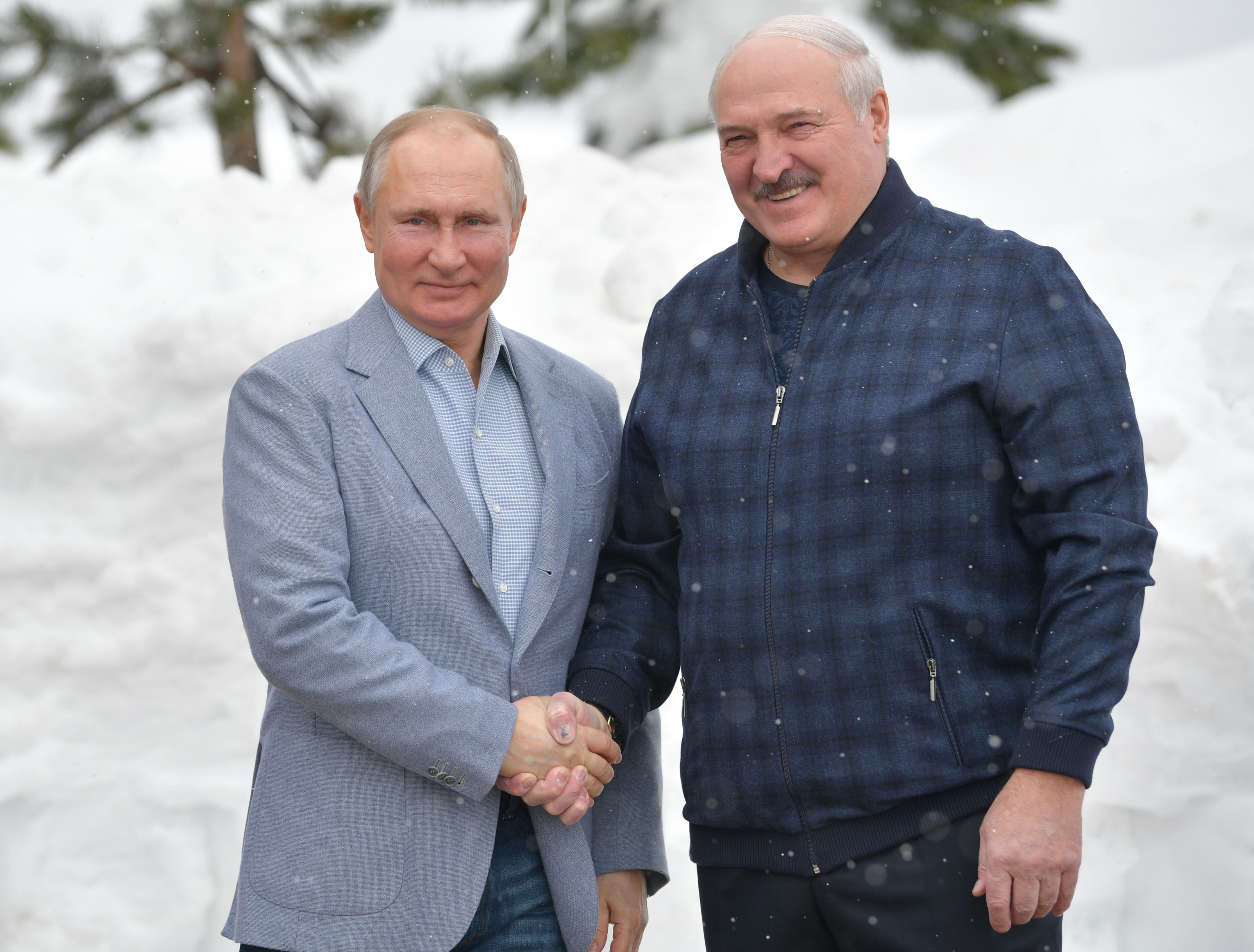 The announcement comes ahead of a meeting between President Joe Biden and Russian President Vladimir Putin on June 16 in Geneva, Switzerland. They will try to find common ground amid a sharp deterioration in ties that have sunk relations to their lowest point in decades. Yet, Biden, who had supported the treaty as a senator, had been highly critical of Trump's pullout.

“In announcing the intent to withdraw from the Open Skies Treaty, President Trump has doubled down on his short-sighted policy of going it alone and abandoning American leadership,” then-candidate Biden said in May 2020.

The Open Skies Treaty was intended to build trust between Russia and the West by allowing the accord’s more than three dozen signatories to conduct reconnaissance flights over each other’s territories to collect information about military forces and activities. More than 1,500 flights have been conducted under the treaty since it took effect in 2002, aimed at fostering transparency and allowing for the monitoring of arms control and other agreements.

The Trump administration announced the U.S. withdrawal from the treaty last year, and the lower house of Russia’s parliament voted last week to follow suit. But until Thursday, the two sides had said the treaty could still be salvaged. Russian officials said they were willing to reconsider their withdrawal if the U.S. did the same.

The upper house of Russia’s parliament, the Federation Council, was expected to approve the withdrawal bill on June 2, and once Putin signed the measure, it would take six months for the Russian exit to take effect.

Thursday’s notification, however, appears to mark the end of the treaty, which was broadly supported by U.S. allies in Europe and Democrats in Congress as a trust-building measure between the former Cold War adversaries.

President Joe Biden spoke to members of the State Department on Thursday about their critical diplomatic role under his administration, saying, “America is back. Diplomacy is back. You are the center of all I intend to do. You are the heart of it.”

In pulling out of the pact, Trump argued that Russian violations made it untenable for Washington to remain a party to the agreement. Washington completed its withdrawal from the treaty in November, but the Biden administration had said it was not opposed to rejoining it.

The officials stressed the Biden administration’s willingness to cooperate with Russia on issues of mutual concern and noted the extension of New START, which was initially signed in 2010 by President Barack Obama and Russian President Dmitry Medvedev. The pact limits each country to no more than 1,550 deployed nuclear warheads and 700 deployed missiles and bombers, and envisages sweeping on-site inspections to verify compliance.

However, the officials said that despite appeals for Russia to abide by the Open Skies Treaty, there was no practical way for the U.S. to reverse the Trump administration’s decision to withdraw. One official said that since Biden had taken office, Russia had demonstrated a “complete absence of progress” in taking steps to return to compliance.

The officials said Secretary of State Antony Blinken, national security adviser Jake Sullivan and other senior American officials had warned their Russian counterparts in the past week that a decision on Open Skies was imminent. Blinken met with Russian Foreign Minister Sergey Lavrov in Iceland last week, and Sullivan spoke with Putin's national security adviser, Nikolay Patrushev, on Monday.

Moscow had deplored the U.S. pullout, warning that it would erode global security by making it more difficult for governments to interpret the intentions of other nations, particularly amid heightened Russia-West tensions over myriad issues, including Ukraine, cyber malfeasance and the treatment of Russian opposition figure Alexei Navalny and his supporters.

Leading congressional Democrats and members of the European Union had urged the U.S. to reconsider its exit and called on Russia to stay in the pact and lift flight restrictions, notably over its westernmost Kaliningrad region, which lies between NATO allies Lithuania and Poland.

As a condition for staying in the pact after the U.S. pullout, Moscow had unsuccessfully pushed for guarantees from NATO allies that they wouldn’t hand over the data collected during their observation flights over Russia to the U.S.