"The only people on this stage who have won every single election that they’ve been in are the women," Warren said

Elizabeth Warren made a forceful case for a female president and stood behind her accusation suggesting sexism by progressive rival Bernie Sanders Tuesday night in a Democratic debate that raised gender as a key issue in the sprint to Iowa’s presidential caucuses.

Sanders vehemently denied Warren's accusation, which threatened to split the Democratic Party’s left flank -- as well as the senators' longtime liberal alliance -- at a critical moment less than three weeks before voting begins.

“Look at the men on this stage. Collectively they have lost 10 elections,” Warren exclaimed. "The only people on this stage who have won every single election that they’ve been in are the women.” 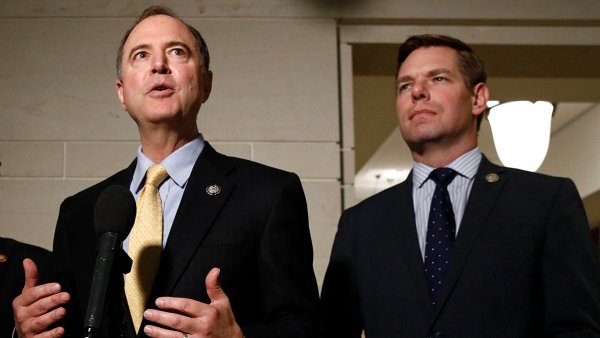 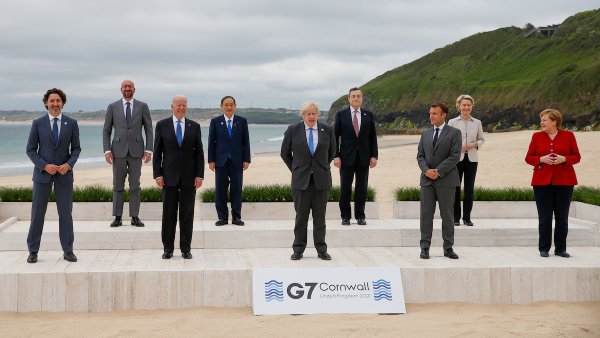 An incredulous Sanders responded: "Does anybody in their right mind think a woman can’t be elected president?" he asked. "Of course a woman can win."

There was a final moment of tension between Sanders and Warren after the debate ended. Having shaken the hands of her other competitors, Warren was shown in video declining to shake Sanders' extended hand.

With the Democratic field tightly bunched among four leading candidates, the debate offered an opportunity for separation. But none of the six candidates on stage had the kind of moment likely to reshape the race in the final weeks before voting starts. Instead, the debate was generally marked by a focus on weighty issues of foreign policy, climate change and how to provide health care for all Americans. Even when disputes emerged, most candidates quickly pivoted to note their larger differences with President Donald Trump.

For his part, Trump spent Tuesday night campaigning in Wisconsin, a state that is critical to his reelection effort. He tried to encourage the feud between Sanders and Warren from afar.

"She said that Bernie stated strongly that a woman can’t win," Trump said. "I don’t believe that Bernie said that, I really don’t. It’s not the kind of thing Bernie would say."

Despite such prodding, the debate stage drama was far from the explosion some Democrats feared. Candidates moved with ease through a variety of topics, disagreeing with each other but generally avoiding personal attacks.

Sanders did step up his attacks on former Vice President Joe Biden over his past support of the Iraq War and broad free-trade agreements. Sen. Amy Klobuchar of Minnesota, who was mired in the middle of the pack, seized on Warren's shifting positions on health care. Billionaire Tom Steyer acknowledged making money from investments in the fossil fuel industry, but highlighted his decade-long fight to combat climate change, an issue that came up repeatedly throughout the night.

Pete Buttigieg, the former mayor of South Bend, Indiana, sometimes struggled for attention in a debate that often featured points of conflict between his rivals. Perhaps his strongest moment came when he described how, as a military veteran who is vocal about his faith, he could stand up to Trump in a general election.

"I'm ready to take on Donald Trump because when he gets to the tough talk and the chest thumping, he'll have to stand next to an American war veteran and explain how he pretended bone spurs made him ineligible to serve," Buttigieg said. "And if a guy like Donald Trump keeps trying to use religion to somehow recruit Christianity into the GOP, I will be standing there not afraid to talk about a different way to answer the call of faith and insist that God does not belong to a political party."

Questions surrounding war and foreign policy dominated early on. Sanders drew a sharp contrast with Biden by noting his own opposition to a 2002 measure authorizing military action against Iraq.

Sanders called the Iraq invasion "the worst foreign policy blunder in the modern history of this country."

"I did everything I could to prevent that war," Sanders said. "Joe saw it differently."

Biden acknowledged that his 2002 vote to authorize military action was "a mistake," but highlighted his role in the Obama administration helping to draw down the U.S. military presence in the region.

"We have to get combat troops out," declared Warren, who also called for reducing the military budget.

Others, including Buttigieg, Biden and Klobuchar, said they favored maintaining a small military presence in the Middle East.

"I bring a different perspective," said Buttigeg. "We can continue to remain engaged without having an endless commitment to ground troops."

The debate featured just six candidates, the fewest of any such forum this cycle after escalating party rules prevented other candidates from participating. For the first time, not a single candidate of color appeared on stage. Every candidate was white, and four were men.

That was a stark contrast from the earlier days of the 2020 contest, which featured the most diverse field of candidates in history. The party is trying to navigate broader debates over how to reflect and embrace the crucial role women and minority voters will play in 2020. To defeat Trump this fall, Democrats need to ensure black, Latino and suburban voters are excited to vote for them against the Republican president.

The debate marked one of the final moments the senators in the race will participate in a campaign-related event before returning to Washington to sit as jurors in Trump's impeachment trial. Those proceedings are likely to begin by the end of the week, making it difficult for senators running for president to spend time with voters Iowa in the contest’s final days.

"Some things are more important than politics," Warren said. "I will be there because it is my responsibility."