Biden is rushing headlong into a legislative branch ground down by partisanship, name-calling and, now, a refusal by some to acknowledge his win over President Donald Trump

President-elect Joe Biden wants to “restore the soul of America.” First, he'll need to fix a broken and divided Congress.

Biden is rushing headlong into a legislative branch ground down by partisanship, name-calling and, now, a refusal by some to acknowledge his win over President Donald Trump.

Democratic allies, struggling to regroup after their own election losses, harbor deep divisions between progressive and moderate voices. Republicans, rather than graciously congratulating the incoming president, are, intentionally or not, delegitimizing Biden’s presidency while catering to Trump's refusal to accept the election results.

At a time when the country needs a functioning government perhaps more than ever to confront the crises of COVID-19, a teetering economy and racial injustice, Washington is being challenged by the president-elect to do better than it has.

A coalition of federal agencies is refuting President Trump's baseless claims of election fraud, calling this the most secure election in American history; more GOP senators call for sharing of intelligence briefings.

It’s going to be a hard opening.

"The country used to want gridlock because they saw gridlock as a way to protect them. Now the country’s actually hungry for action and progress,” said Jesse Ferguson, a Democratic strategist. "That’s a mandate to flip the switch.”

The idea of a Biden mandate, though, is relative, certainly embraced by Democrats who want to push ahead with his agenda. Emboldened Republicans, though, who didn’t lose a single House seat, but in fact expanded their ranks and brushed back many Senate Democratic challengers, see their own mandate to serve as a block on a Biden agenda.

California Rep. Kevin McCarthy, the House's Republican leader, said the election “was a mandate against socialism," stepping up the relentless GOP attacks, even though Biden is a centrist Democrat.

The 2020 election wasn’t just about Donald Trump and Joe Biden. Ballot initiatives across the country had real-world consequences for millions of people. NBCLX storyteller Eric Rodriguez breaks down some big moves in weed, the minimum wage and gig worker benefits.

Biden comes to the presidency like few in recent history, with a rare mix of experience but also a potentially divided Congress.

Not since President George H.W. Bush has the White House had an executive with such a deep Washington resume. Rarely in modern times has a Democrat started an administration without a full Democratic Congress. While the House is in Democratic hands, the Senate remains undecided, a 50-48 lead for Republicans heading into a Jan. 5 runoff for two seats in Georgia that will determine party control.

Asked this past week how he will be able to work with Republicans if they aren't acknowledging his victory, Biden said, “They will." 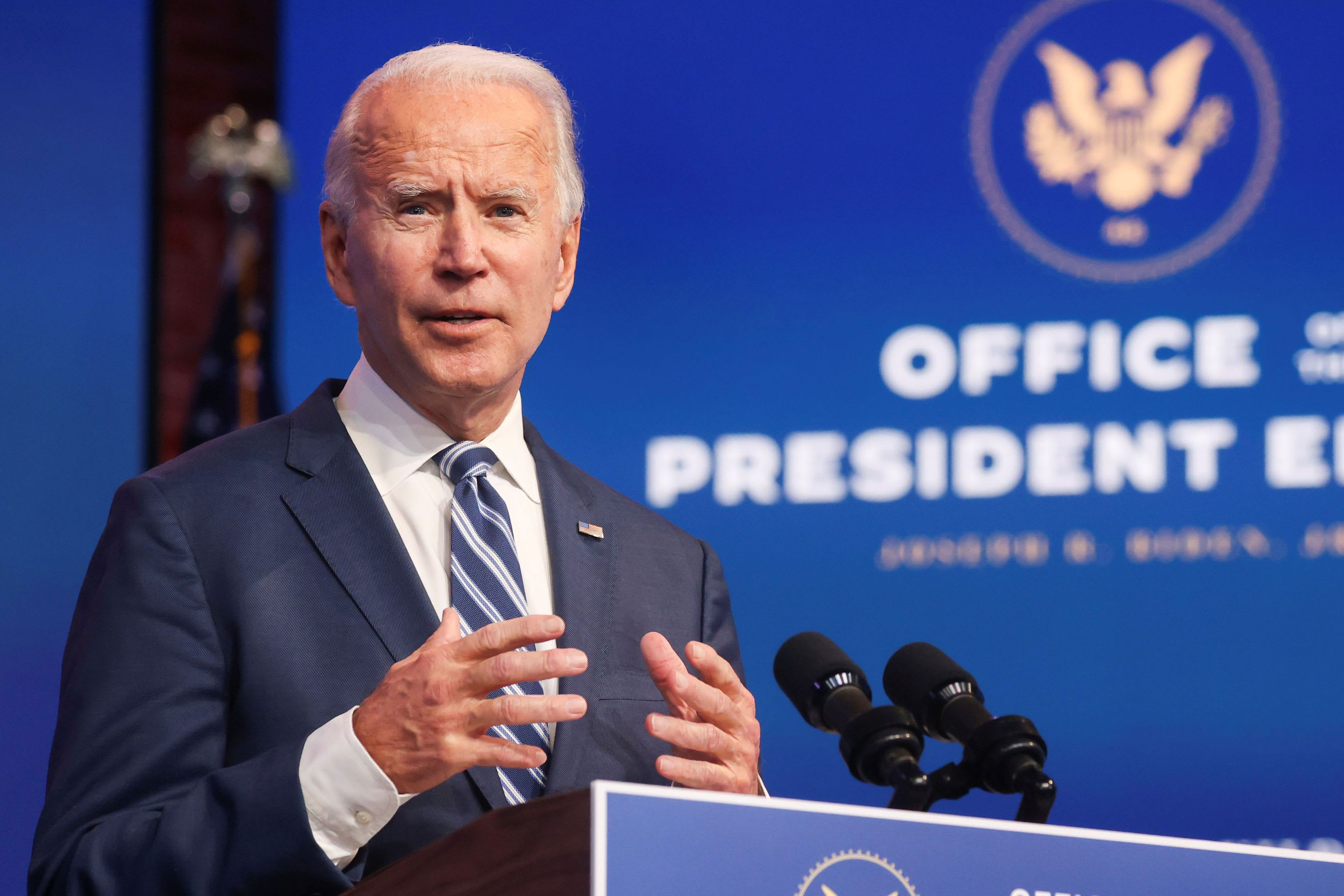 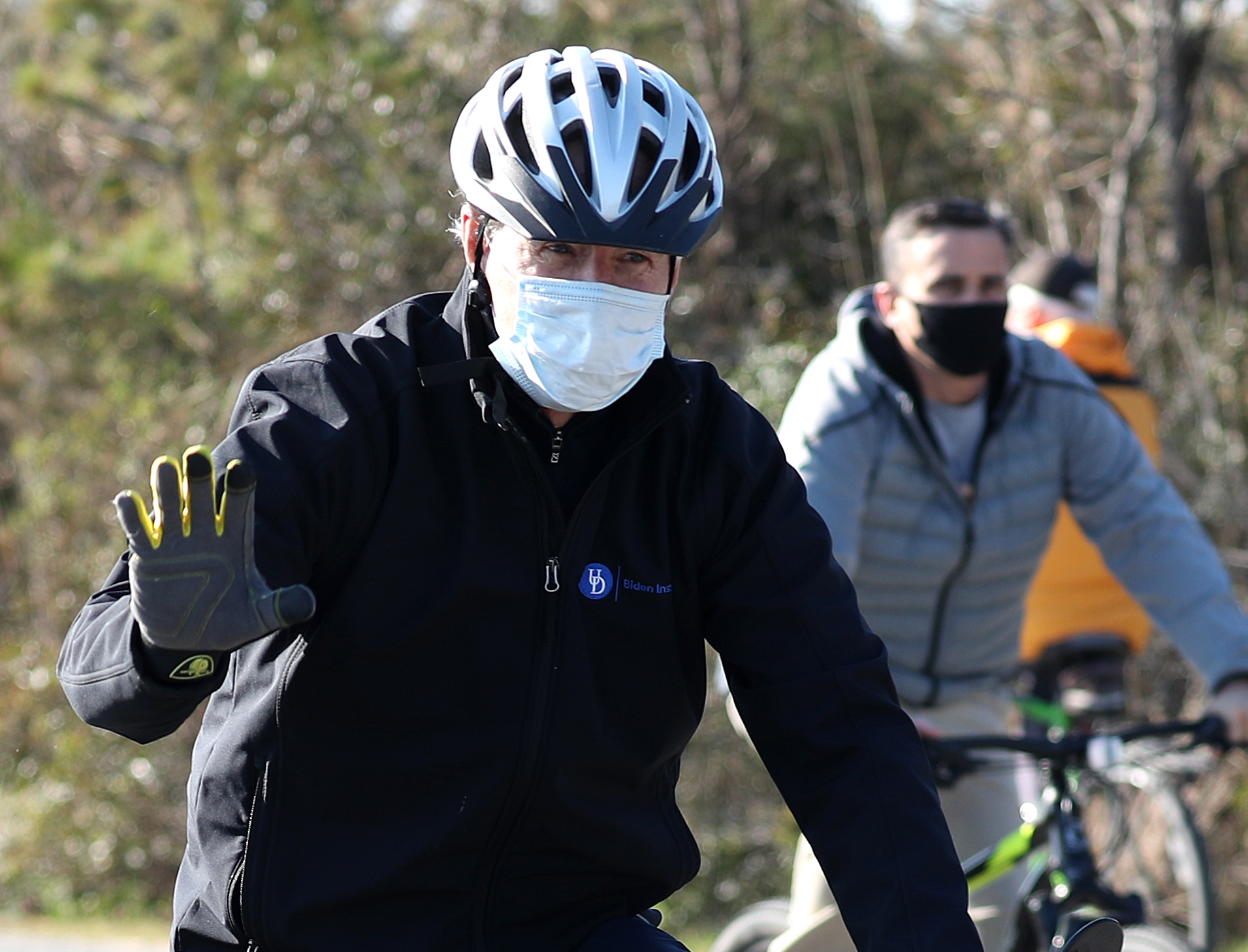 Much has been made of Biden's relationship with Capitol Hill, where he served as a senator for 36 years, particularly his deal-making as Barack Obama's vice president with Senate Republican leader Mitch McConnell of Kentucky.

Yet McConnell has not revived that approach as he enables Trump to delve into a legal battle rooted in unfounded allegations of voter fraud, even as state officials say the elections ran smoothly and there is no widespread evidence of fraudulent voting. McConnell won his own reelection in Kentucky.

Whether McConnell emerges in the new Congress as majority or minority leader with a narrowly divided Senate, the longest serving Republican leader in history will have great leverage over legislation that arrives on Biden's desk.

President-elect Joe Biden was asked on Tuesday about Secretary of State Mike Pompeo’s remarks that there would be a smooth transition to a “second Trump administration” and the Trump administration’s refusal to concede the election. “The fact that they’re not willing to acknowledge we won at this point is not of much consequence in our planning and what we’re able to do between now and January 20,” Biden said.

Or Biden could find McConnell rerunning his politically charged GOP blockade of Obama's agenda. Hopes of overcoming McConnell by ending the Senate filibuster, which would allow bills to advance on a simple majority rather than a 60-vote threshold, are slipping out of reach without Democratic control.

“Gingrich insisted the American people wanted it,” said Rick Tyler, a former Gingrich top aide who left the Republican Party in the Trump era. He said McConnell will move on Biden's agenda when Biden has the nation behind him.

But it's not just McConnell. House Speaker Nancy Pelosi, D-Calif., Senate Democratic leader Chuck Schumer of New York and even McCarthy will have oversize roles because of the changed makeup of the new Congress.

As the Supreme Court heard arguments in the case against the Affordable Care Act, President-Elect Joe Biden and Vice President-Elect Kamala Harris laid out their plans for its expansion. “Regardless of the outcome, beginning on January 20, we’re gonna do everything in our power to ease the burden of health care on you and your families,” Biden said. “We will not abandon you.”

Biden faces a restive liberal flank, powered by a new generation of high-profile progressives including Rep. Alexandria Ocasio-Cortez, D-N.Y., They helped deliver his victory and may not be so eager to compromise over health care, climate change, income inequality and racial justice issues that have growing popular support.

At the same time, while Pelosi and Schumer have long histories with Biden, McCarthy is close to Trump, who is expected to hold a heavy influence on Republicans even after he leaves office. With a slimmer majority in the House, McCarthy's ability to wrangle votes suddenly matters.

“They can, but will they?” said Jim Kessler, a former Schumer aide and executive vice president at the center-left Third Way think tank.

President-elect Joe Biden announced a COVID-19 Transition Advisory Board during an address on Monday. He also stressed the need for Americans to wear masks to prevent the spread of the virus.

An early test for Biden will be the Cabinet nominations, which can be approved by a slim 51 votes in the Senate.

Republicans can also block nominees with time-consuming procedural hurdles that could quickly stall the new administration if top positions go unfilled. Democrats did as much to Trump, in some ways as payback after McConnell blocked Obama's Supreme Court nominee Merrick Garland.

“I think there’s a likelihood that Mitch McConnell will Merrick Garland every single Cabinet nominee and will force Joe Biden to negotiate on every single one,” said Sen. Chris Murphy, D-Conn.

“Trump is still going to be running the Republican Party. And so, in reality, Joe Biden may have to negotiate every Cabinet pick with Donald Trump.”

“For all of those of you who voted for President Trump, I understand the disappointment tonight. I've lost a couple times myself. But now let's give each other a chance,” President-Elect Joe Biden said. “[Trump supporters] are not our enemies. They are Americans.”
Copyright AP - Associated Press