Governor-elect Maura Healey and her running mate, Lieutenant Governor-elect Kim Driscoll, plan to spend part of Wednesday chatting with the Republicans whose jobs they will take over in January

Massachusetts voters have picked the next governor. What happens next?

Governor-elect Maura Healey and her running mate, Lieutenant Governor-elect Kim Driscoll, plan to spend part of Wednesday chatting with the Republicans whose jobs they will take over in January.

"Now, you know that for me, everything's about teamwork. You've seen the commercials," Healey said in Copley Square Tuesday night. "That starts tomorrow, when Kim and I will meet with Gov. Baker and Lt. Gov. Polito to begin this transition."

After meeting with the Baker administration on Tuesday, Healey announced that Driscoll would be the transition chair. Information on the transition, including a portal for those interested in joining the team to submit their resume, will be available at healeydriscolltransition.com.

She added that the meeting with Baker, Lt. Gov. Karyn Polito, and their team was successful and aimed for a smooth transition.

“We’ve just come from an incredibly productive meeting with Gov. Baker and Lt. Gov. Polito and I thank them for that," Healey said, also noting that there is a lot of mutual respect between the teams.

“I also appreciate the time and thoughtfulness that they and their teams are bringing to ensuring a smooth transition."

Baker said his team has identified some key issues they want to focus on during the transition, which includes winter planning, disaster preparedness efforts and how to coordinate across agencies, and preparation for next year's budget. His administration has invited Healey's team to the upcoming winter planning meeting to get that process moving.

He also expressed that leaving office will be a bittersweet moment for him.

"I will be sad leaving this job. I won’t be sad for the Commonwealth, but I will be sad personally because you get a look into the people...you get a front-row seat to the people of Massachusetts who treat you with a profound amount of familiarly because they see you on the news and on TV and all the rest and I will really miss the opportunity to talk to people about their hopes and their dreams and their problems and what we can do to fix them," he told reporters.

Massachusetts Gov. Charlie Baker told reporters Tuesday that he liked being governor and will be sad to leave the job at the end of his term.

It's only the Bay State's fifth full transition in government in the past 32 years. In the cases of Governors-elect Charlie Baker, Deval Patrick, Mitt Romney, and William Weld, each walked into the corner office within a couple of days to talk with the state's outgoing executive.

Baker met with Patrick for more than 40 minutes on the day after the 2014 election, followed the next week by huddles with the House speaker, incoming Senate president, and both chambers' minority leaders.

Patrick had an apparently amicable meeting with Romney the day after besting Romney's lieutenant governor, Kerry Healey, for the top job. Likewise, Romney visited Beacon Hill two days after winning the corner office in 2002 for one-on-one talks with Gov. Jane Swift and House and Senate leaders. And Weld and Lieutenant Governor-elect Paul Cellucci sat down with Gov. Michael Dukakis the afternoon following Election Day in 1990.

While a Healey tete-a-tete with Baker can help aid a smooth transfer of the Executive Branch, it's her communication with House Speaker Ronald Mariano and Senate President Karen Spilka that will help define what she can accomplish during her time in office. The next "Big Three" will belong to a single political party, but shared party membership does not equal guaranteed cooperation in advancing each other's initiatives.

Meantime, speculation is already underway about jobs in the Healey administration, and the talk will continue for a long time.

Healey's next big step is likely to tap a transition director, someone who becomes a significant voice in an incoming governor's ear while they work on assembling a team, usually starting with the appointment of Cabinet secretaries.

And while Baker wraps up his eight years in office, work is underway on turning over the numerous agencies and secretariats to the next administration.

Baker's press secretary told the News Service in October of months of work that agencies have put into what the administration envisions as a "smooth and productive" transfer.

That work usually involves briefings to aid the next governor's team in learning the ropes. It is being led by Baker's chief of staff, Tim Buckley, and senior advisor Elizabeth Mahoney, both of whom could soon be sitting across a table from whomever Healey picks to lead her half of the transition effort.

The customary timeline would have Healey picking a transition director fairly soon.

Baker may have been the quickest when he announced Jim Peyser as his transition chief one day after the election in 2014. The governor later named Peyser as education secretary, a post he still holds.

Other recent governors-elect have taken around a week to publicize their choice: Patrick announced his choice of John Walsh 10 days after the election; Romney announced Robert White six days later; and Weld tapped his running mate, Cellucci, to take the lead on the transition within six days of the election.

Cabinet secretaries can quickly follow once that piece of the puzzle is in place.

Healey might look to make a point with her secretary choices. Sometimes the position that gets filled first, or the person placed in a post may convey an issue or governing style the new executive wants to emphasize.

With Democrats about to have a lock on all top posts in state government, will Healey's first Cabinet-related press conference be to introduce a moderate or a progressive? A health secretary or a budget chief? The governor-elect has emphasized the need for tax cuts and housing production. Who will lead those efforts?

Baker picked his first Cabinet secretary within five days of the election, when he chose a Democrat -- Chelsea City Manager Jay Ash -- to lead the Executive Office of Housing and Economic Development.

While the appointments can start fast, they can also continue trickling out as the holiday season develops.

Baker held off until the day before Christmas Eve to name his transition chief, Peyser, as education secretary.

In 1990, Weld waited until Dec. 13 to announce his secretaries of administration and finance, human services, environmental affairs, and communities and development. (That was the same day he announced an undersecretary of human services, Charles Baker, who specialized in "health matters.")

Incoming governors also think about how they want their management team organized, and can file reorganization plans, which are vetted and voted on by the Legislature, to shake up the executive branch and better highlight new priorities.

As Patrick got ready to enter office in 2006, for example, he was preparing to file reorganization legislation to "bring together disjointed departments and have them work in a way that makes sense," a spokeswoman said at the time. He announced on Dec. 15 a secretary of "housing and economic development," which prefaced his consolidation of the business and housing executive offices into a so-called super-secretariat.

Healey has pledged to establish a secretary of housing position "to lead the growth of housing in the Commonwealth" and her campaign says that move "will prioritize housing as a key driver of economic growth and increase focus and resources on housing production and preservation."

Healey could also reach into the Legislature, or the ranks of recently departed legislators, for help as she forms her team. If she plucks sitting lawmakers for jobs, that will trigger special elections.

Baker in 2014 chose Rep. Carlo Basile as his chief secretary and Rep. Matthew Beaton as chief of energy and environmental affairs. Both House members had been reelected by their constituents less than a month before their new jobs were announced. Their January 2015 resignations at the start of the new term necessitated special elections for the Shrewsbury and East Boston seats.

While it isn't a requirement of the office, Healey will also begin readying for a lot of pomp and circumstance.

The big ticket events are the inaugural festivities, and pundits are apt to read into how a governor's inaugural ball, for example, might give a taste of the new executive's style.

More will emerge over the next month and a half about the ceremonial aspects of the actual transfer of power, but for his part, Baker said this fall in a radio interview that he plans to take the traditional "lone walk" down the front steps on Jan. 4, a day before he officially leaves office.

The Republican's decision to celebrate his exit a day early will clear centerstage on Thursday, Jan. 5 for the limelight to focus squarely on Gov. Maura Healey. 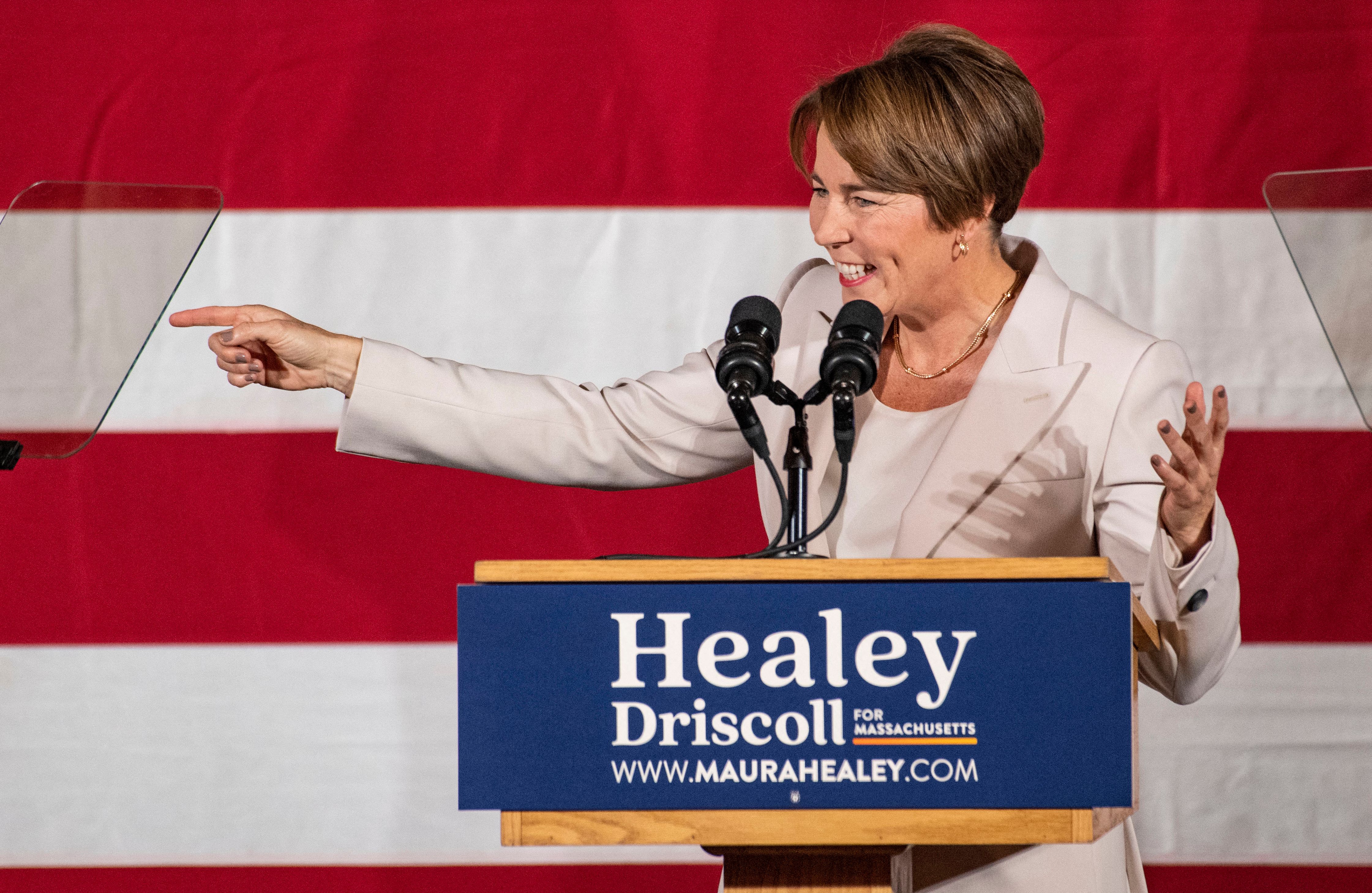 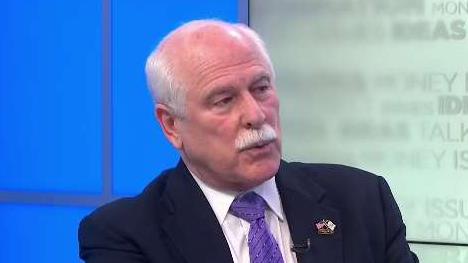