What Tom Brady's Teammates Are Saying About His Hand Injury

New England Patriots quarterback Tom Brady's hand injury is the number one topic among Boston sports fans right now. But it's been hard to get any information on exactly how badly he is hurt.

The quarterback appeared at practice Thursday, but did not participate due to his right hand injury. He reportedly jammed the hand at practice Wednesday when a player accidentally ran into him. X-rays showed no structural damage, and barring anything unexpected, Brady is still expected to play in Sunday's AFC title game against the Jacksonville Jaguars.

Brady sure isn't talking about his injury. For the past two days, the team has cancelled his scheduled media availability, which has only heightened the speculation. 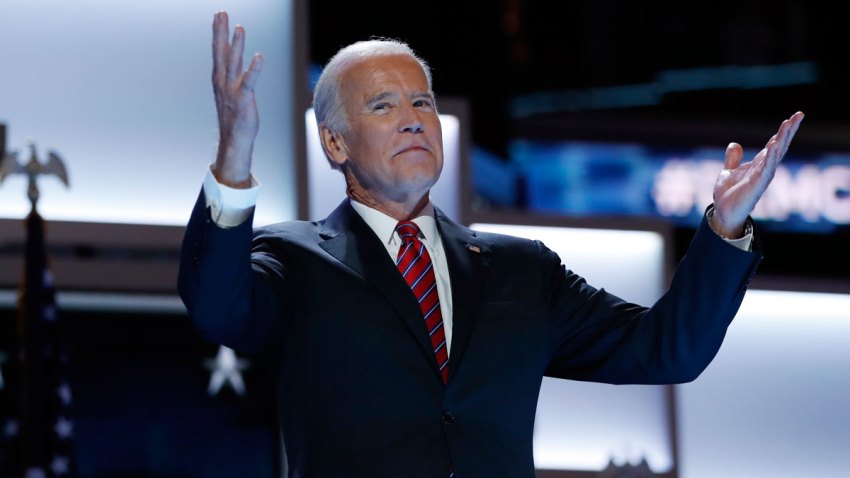 And head coach Bill Belichick definitely isn't saying anything. He steered clear of every question about Brady's injury at his Friday morning press conference.

Both at the podium on Thursday and in the locker room later in the day, Patriots players were peppered with questions about Brady's throwing hand. Most said very little, but they each had their own special way of delivering their non-answers.

When he was asked how Brady injured his hand, safety Devin McCourty said, "I don't know, I was playing defense."

Asked how Brady looked at practice on Thursday, McCourty tried his hand at comedy.

"Tom looks excellent every day," he said. "One of the best-looking people I've ever met."

When he was pushed on whether Brady looked like he was favoring his hand, McCourty continued to gush about the quarterback's good looks.

"When you look at Tom, the facial (region), it's hard to look at anything else. So, I really only saw his face."

Linebacker Kyle Van Noy took a similar route. "Tom always looks good," he said in the locker room Thursday. "He's handsome. He's good at football. That (injury)'s his thing. All I'm going to do is control what I can control, and that's play on defense."

Many Patriots players wanted to make it very clear that they are not medical experts.

"I'm not a doctor or anything like that," center David Andrews said when asked how Brady was injured. "I am just focused on what I have to do to get ready this week. I don't really remember.

"Like I said, I was just doing my job," he added. "I don't know what really happened with that."

"You've got to ask him," defensive end Trey Flowers added. "I'm on the defensive side of the ball. I'm definitely not a hand doctor. Far from it."

Running back James White was asked if Brady's injury was caused by a collision with him, since it's been rumored that it happened on a handoff. White laughed, and said only, "The world may never know."

Assuming he shows up, Patriots Nation will no doubt be watching closely when Brady takes the podium at 1:40 p.m. Friday to meet with the media.