What's Old Is New Again: Justices Back at Court In-Person for New Term

The Supreme Court is beginning a momentous new term with a return to familiar surroundings, the mahogany and marble courtroom that the justices abandoned more than 18 months ago because of the coronavirus pandemic.

Abortion, guns and religion all are on the agenda for a court with a rightward tilt, including three justices appointed by President Donald Trump.

The justices will meet in person for arguments Monday, although Justice Brett Kavanaugh will participate remotely from his home after testing positive for COVID-19 late last week. Kavanaugh, who was vaccinated in January, is showing no symptoms, the court said. All the other justices also have been vaccinated.

With a nod to the persistence of the virus, the court remains closed to the public. Only lawyers involved in the cases and reporters who regularly cover the court will be on hand, and anyone not arguing will have to wear a mask. The court is also requiring negative COVID-19 tests from lawyers and reporters who want to be in the courtroom.

Lawyers who test positive will be able to present their arguments via telephone, the court said. That's the way lawyers had been arguing before the court because of the pandemic.

The public will continue to be able to listen live to the proceedings, another change made during the pandemic, but Monday will be the first time live audio of courtroom proceedings will be available, via a link on the court's website.

Returning to the courtroom makes it much less likely that extraneous noises, like what sounded like a flushing toilet that could be heard during an argument last year, will intrude.

Monday's cases are not among the highly anticipated disputes the court will referee this term. One case is a fight between Mississippi and Tennessee over water in an underground aquifer that sits beneath parts of both states. The dispute stretches back to 2005 when Mississippi first claimed that Memphis is pumping water from the Mississippi portion of the aquifier. Tennessee says water doesn't work that way, saying the aquifer is an interstate resource that should be shared fairly.

The other involves a mandatory 15-year minimum prison sentence for a man with a prior criminal record who was convicted of having a gun. Federal law prevents felons from owning firearms.

The case arises under the Armed Career Criminal Act and the issue is whether the theft of items from 10 units on the same day at a mini storage facility should count as one conviction or 10, which lower courts found made the man eligible for the longer prison sentence.

With the exception of Kavanaugh, the justices were in the courtroom together on Friday for the ceremonial swearing-in of Trump's third appointee, Justice Amy Coney Barrett. All the justices are tested regularly and all but Kavanaugh tested negative in advance of Friday’s ceremony.

Only Justice Sonia Sotomayor, who has had diabetes since childhood, wore a mask during the brief ceremony. 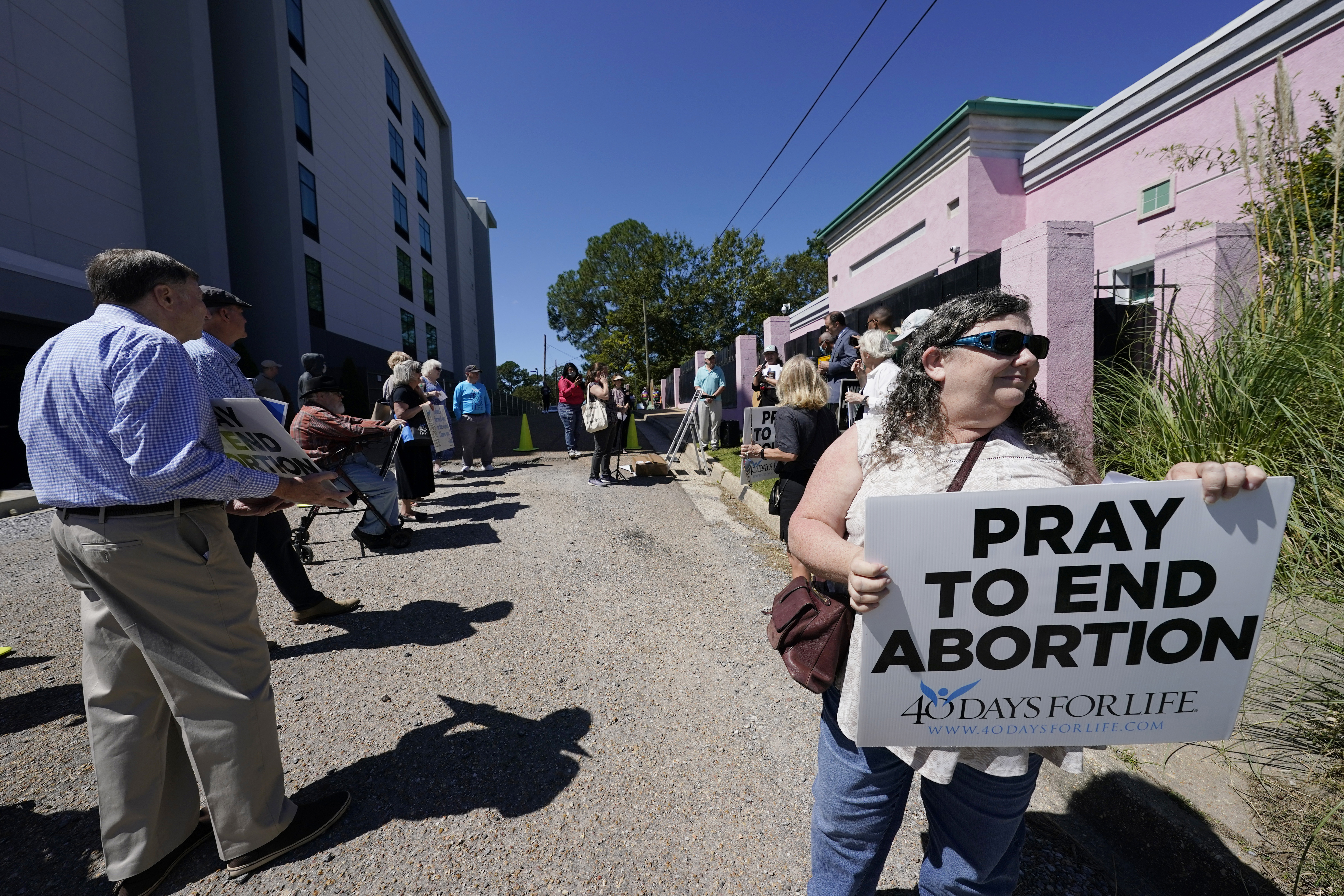