Who Is Cassidy Hutchinson? Ex-White House Aide Will Be Key Witness at Jan. 6 Hearing

Hutchinson, a special assistant to Trump’s chief of staff, Mark Meadows, has already provided a trove of information to the committee behind closed doors

The House panel investigating the Capitol insurrection will hear testimony Tuesday from Cassidy Hutchinson, a top aide in Donald Trump’s White House who is a vital witness in the sweeping investigation into the Jan. 6, 2021, attack, sources familiar with the matter confirmed to NBC News and The Associated Press.

The 25-year-old, who was a special assistant and aide to former Trump chief of staff Mark Meadows, has already provided a trove of information to congressional investigators and sat for multiple interviews behind closed doors.

Her appearance has been cloaked in extraordinary secrecy and has raised expectations for new revelations in the nearly yearlong investigation. The committee announced the surprise hearing with only 24 hours’ notice, and Hutchison's appearance was only confirmed to the AP and NBC News by people familiar with the matter.

While it is unclear what new evidence she might provide Tuesday, Hutchinson’s testimony could tell a first-hand story of Trump’s pressure campaign, and how the former president responded after the violence began, more vividly than any other witness the committee has called in thus far. 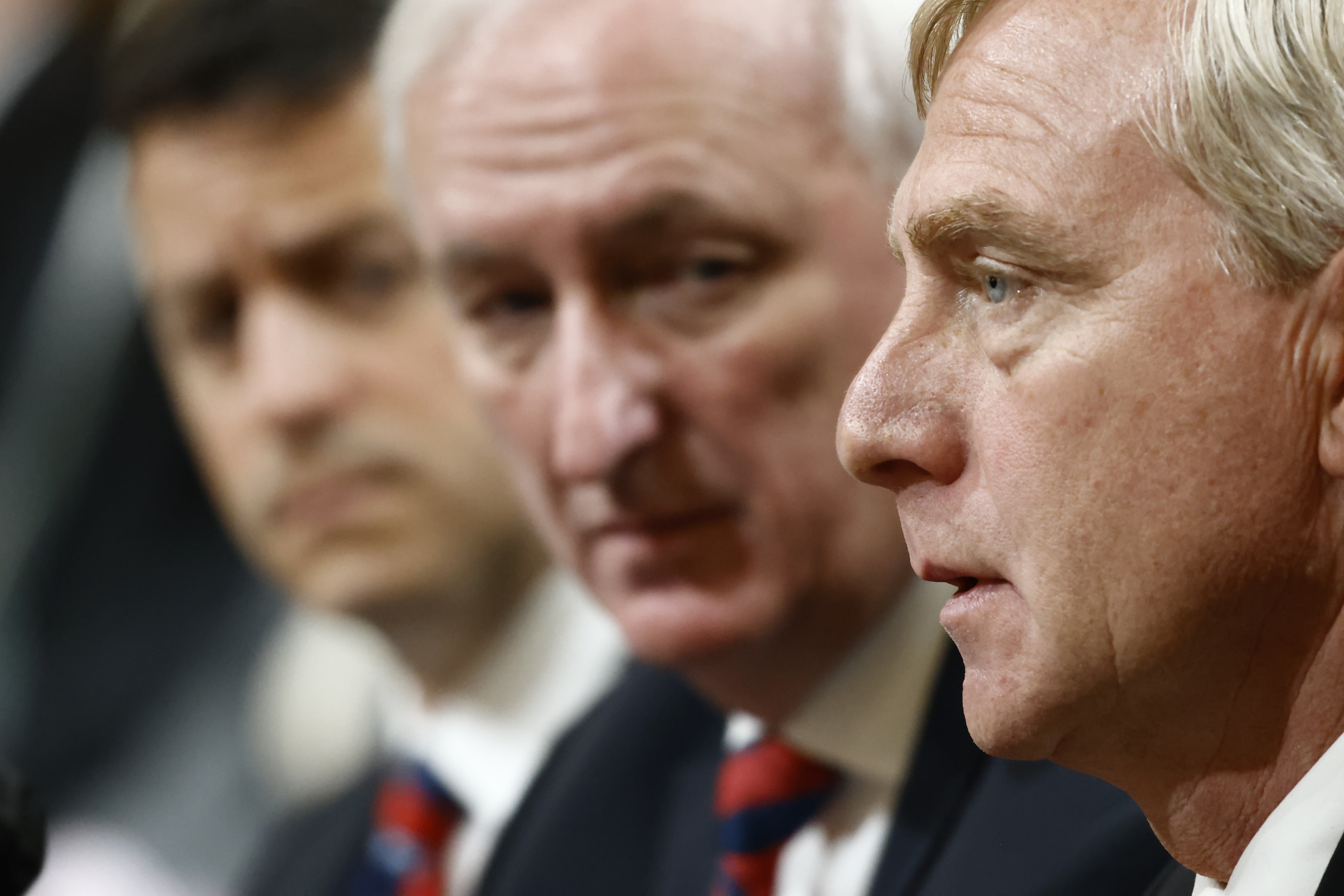 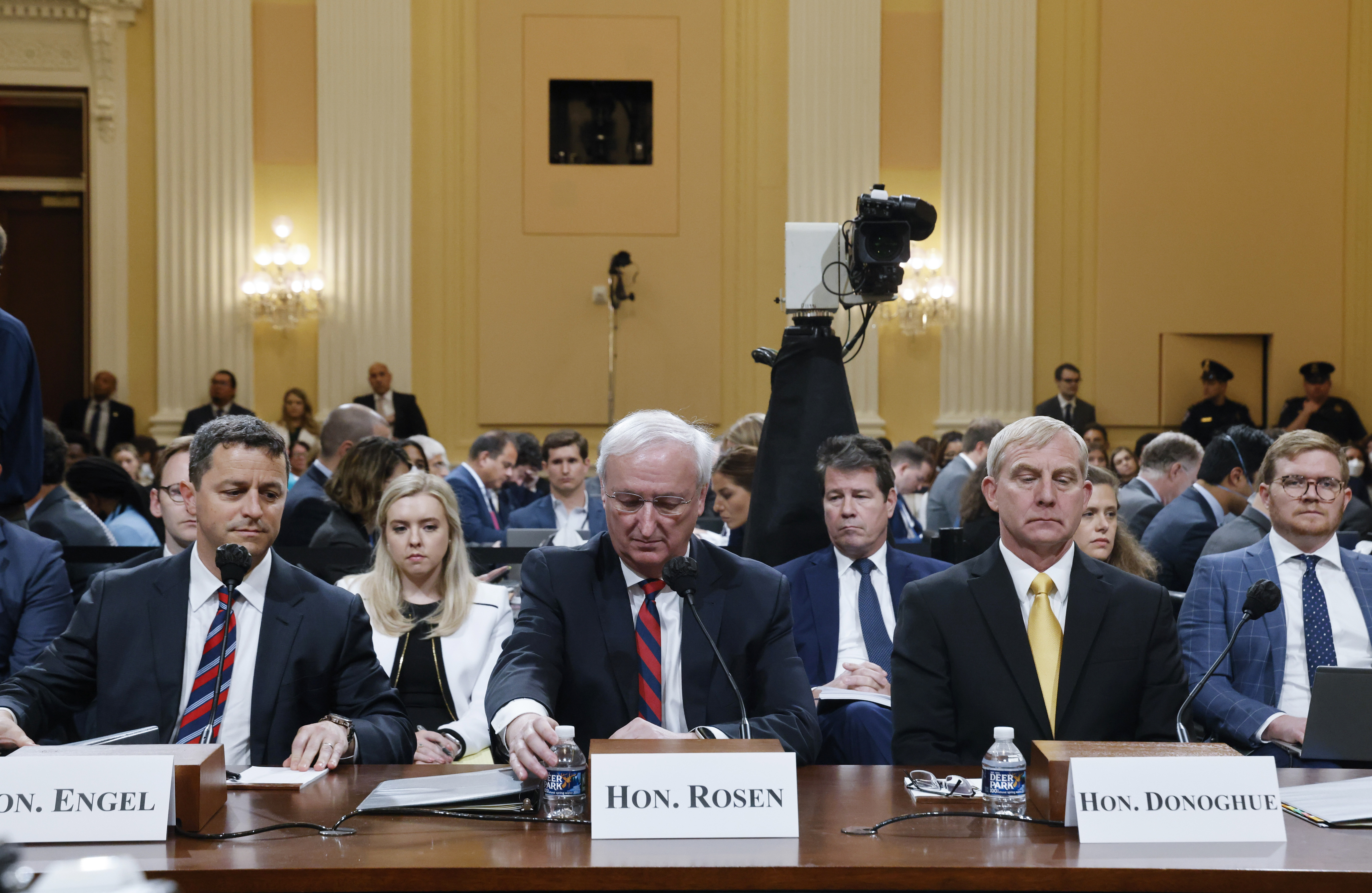 In brief excerpts of testimony revealed in court filings, Hutchinson told the committee she was in the room for White House meetings where challenges to the election were debated and discussed, including with several Republican lawmakers. In one instance, Hutchinson described seeing Meadows burn documents after a meeting in his office with Rep. Scott Perry, R-Pa., Politico reported in May.

She also revealed that the White House counsel’s office cautioned against plans to enlist fake electors in swing states, including in meetings involving Meadows and Trump lawyer Rudy Giuliani. Attorneys for the president advised that the plan was not “legally sound,” Cassidy said.

During her three separate depositions, Hutchinson also testified about her boss' surprise trip to Georgia weeks after the election to oversee the audit of absentee ballot envelope signatures and ask questions about the process.

She also detailed how Jeffrey Clark — a top Justice Department official who championed Trump’s false claims of election fraud and whom the president contemplated naming as attorney general — was a “frequent presence” at the White House.

Former members of the Dept. of Justice testified to the committee investigating the riot at the U.S. Capitol how unqualified Jeffrey Clark was to ever be appointed acting attorney general by former President Donald Trump

The plot to remove the then-acting attorney general, Jeffrey Rosen, unraveled during a Jan. 3, 2021, meeting in the Oval Office when other senior Justice Department officials warned Trump that they would resign if he followed through with his plan to replace Rosen with Clark.

The House panel has not explained why it abruptly scheduled the 1 p.m. hearing as lawmakers are away from Washington on a two-week recess. The committee had said last week that there would be no more hearings until July.

The precise subject of Tuesday's hearing remained unclear, but the panel's announcement Monday said it would be “to present recently obtained evidence and receive witness testimony.” A spokesman for the panel declined to elaborate and Hutchinson's lawyer did not immediately respond to emails seeking comment.

The person familiar with the committee's plans to call Hutchinson could not discuss the matter publicly and spoke to the AP on condition of anonymity.

The nine-member committee’s investigation has continued during the hearings, which started three weeks ago into the attack by Trump supporters. Among the evidence, the committee recently obtained footage of Trump and his inner circle taken both before and after Jan. 6 from British filmmaker Alex Holder.

Holder said last week that he had complied with a congressional subpoena to turn over all the footage he shot in the final weeks of Trump’s 2020 reelection campaign, including exclusive interviews with Trump, his children and then-Vice President Mike Pence.

Rep. Bennie Thompson of Mississippi, the panel's Democratic chairman, told reporters last week that the committee was in possession of the footage and needed more time to go through the hours of video.

The panel has held five hearings so far, mostly laying out Trump's pressure campaign on various institutions of power in the weeks leading up to the Jan. 6 joint session of Congress, when hundreds of the Republican's supporters violently pushed past police, broke into the building and interrupted the certification of Democrat Joe Biden's presidential election victory.

The Jan. 6 committee played audio of Rudy Giuliani and Jenna Ellis, two of Trump’s lawyers, calling state legislators and pressing them to overturn the election.

The committee has used the hearings to detail the pressure from Trump and his allies on Pence, on the states that were certifying Biden's win, and on the Justice Department. The panel has used live interviews, video testimony of its private witness interviews and footage of the attack to detail what it has learned.

Lawmakers said last week that the two July hearings would focus on domestic extremists who breached the Capitol that day and on what Trump was doing as the violence unfolded.

Punchbowl News first reported that Hutchinson would be testifying.

John Dean, the former White House counsel to President Richard Nixon, also set the expectations high for Tuesday's hearing. He tweeted: “The January 6 Committee is dealing with a very high historical standard in springing a surprise hearing and witness tomorrow.” Dean, who was the first administration official to testify that Nixon was directly involved in the Watergate coverup, pointed to the surprise testimony from Alex Butterfield, who testified to Nixon’s secret taping system, as “forever changing history."

“If it is not really important information it’s going to hurt the credibility of this committee! Cancel now if you can’t match!” Dean continued.