Wife of WWII Vet Who Died of COVID Has 1 Request: Wear a Mask in Honor of Marty

Martin Oppenheimer survived the early years of the Holocaust, fled Germany with his family for America, enlisted in the U.S. Army and served at the end of World War II

A coronavirus outbreak at the New Hampshire Veterans Home in Tilton has claimed the lives of 15 veterans in a matter of weeks. One of them is 93-year-old WWII veteran Martin Oppenheimer, and he has quite a story.

We sat down with his wife, Ellen, to hear about Martin’s life and legacy.

“I can’t explain it to you, it was as if we were meant for each other, I don’t know,” Ellen said.

Ellen and Martin were married 66 years, inseparable for nearly three quarters of a century -- until the pandemic hit.

“It was the hardest thing I had ever done,” she said.

“We arranged for me to see him on Zoom, he would smile at me, and I would say, ‘I love you,’ and he would say the same,” Ellen explained.

When Martin was just 10 years old, he and his family fled Germany to escape the Holocaust and came to America.

Every year on November 11th, the country unites to honor and thank our veterans for their service. NBCLX explains the history of Veterans Day and shares ideas about how to help America's vets, especially during the pandemic.

He enlisted in the U.S. Army and served at the end of World War II. He spent his career in the printing industry and dedicated his life to providing for his wife and three kids.

When Martin’s dementia worsened about a year-and-a-half ago, he moved to the New Hampshire Veterans Home in Tilton. Officials said they've been taking precautions for months, but the virus still made its way inside by November, when the deadly outbreak began.

Fifteen veterans have died in three weeks in a coronavirus outbreak at a New Hampshire veterans home.

Martin was diagnosed with COVID-19 on Nov. 10. He died six days later, without Ellen by his side.

“I wasn’t even there to say goodbye, or hold his hand, or kiss him, or tell him how much I love him,” she said softly, a wife robbed of the precious little time she had left with her husband.

And in the family's pain, there's a plea to protect others.

“Just be a little considerate, it is not a big price to pay,” LeVinus said.

A simple request from a heartbroken family: wear a mask in honor of Marty.

“Listen to the experts,” Ellen said. “We’re not taking anything away from you, we’re trying to give you a gift, and that’s the gift of life.”

There are still 46 veterans at the nursing home fighting the virus, officials said.

More on Veterans and COVID 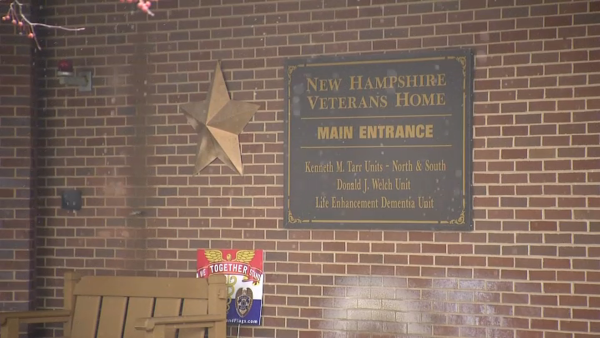