Will Weather Strike a Blow to Mac Jones in Patriots-Bills?

The Patriots and Bills have the stage all to themselves for the biggest game of Week 13. And it’s gonna blow.

Winds out of the WSW will be between 25 and 35 MPH with gusts into the 40s. How much will this affect the passing attacks for the two teams? A lot.

Is this a concern? Yeah. Somewhat.

We all realize by now that Mac Jones’ throwing gifts are touch, ball placement and the fact he throws the league’s most “catchable” ball. He’s so damn accurate, ER’s were filled with fans complaining of chest pains last week when Jones overthrew Hunter Henry in a blowout of the Titans. Simply put, Jones rarely misses.

But he’s never played a game on the shores of Lake Erie either. This is new.

But it doesn’t mean an automatic advantage for the Bills just because they have Uzi-armed Josh Allen while the Patriots have the football equivalent of Greg Maddux.

Allen’s 410 attempts in 11 games means he’s averaging 37.7 throws per game. He’s thrown it more than 40 times in three of Buffalo’s five home games. Jones is throwing 31.75 times per game.  But he’s only thrown it more than 30 times once in the Patriots past four games (32 against the Titans). Even in the Patriots’ shootout loss with Dallas, he only threw it 21 times. 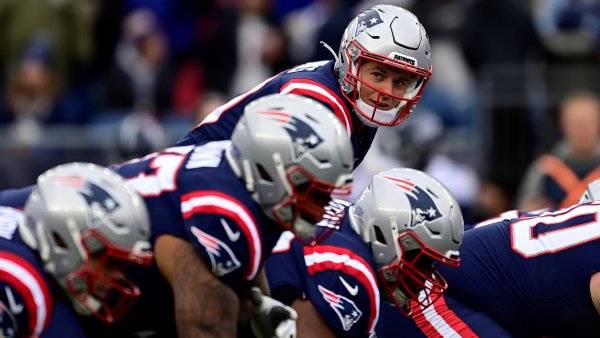 Allen may be more able than Jones to throw with wind-cutting velocity, but the Patriots’ offense – and team – isn’t built around Jones’ arm like the Bills offense is with Allen’s. The Patriots are a team that’s built for all seasons. Their adaptability and consistency – even in Year 1 of an extreme roster overhaul – is what makes them the most reliable team in the AFC.

They aren’t given to wild, WTF fluctuations. The Bills have been, at least recently. Twice in their past four games they’ve either been upset (9-6 loss to Jacksonville) or curb-stomped (41-15 loss to the Colts).

The upshot of all this is that while Allen throws a ball that’s less susceptible to being blown off course than Jones, Allen is a less accurate thrower in general and he throws it more. So whatever arm-strength advantage there is at the quarterback position is offset.

You may be wondering whether Mac and the zephyrs of Buffalo are even worth discussion. Wind happens. It’s not like the kid’s been playing in a greenhouse all his life. Fair.

Curran: Why Jones excelling on rookie deal is disaster for Bills, rest of NFL

But the Patriots have been involved before in famous wind games. Like the night they kicked off to noodle-armed Peyton Manning in overtime back in 2013. Or the day in late November, 2008 that the goalposts in Buffalo got blown off-kilter.

It will impact the outcome of tonight’s game somehow. Just like the Patriots being on the road for a prime-time game in front of a noisy crowd will have an impact.

And even though Mac Jones has answered every round of pearl-clutching from all us Chicken Littles over his arm, his build, his physical durability, his assertiveness, his general readiness, etc. the sentiment remains: Show me.