World Premiere of ‘Mystic Pizza,' the Musical, Hits the Stage in Maine

The movie “Mystic Pizza” put Mystic, Connecticut in the spotlight when it was released in the late 1980s. There is now a musical stage performance based on the movie.

The world premiere of “Mystic Pizza,” the musical, runs through Oct. 2 at the Ogunquit Playhouse in Ogunquit, Maine.

“Based on the beloved 1988 MGM rom-com that launched the career of Julia Roberts, three working-class girls navigate the complexities of life, love, and family in a seaside pizza joint serving everyone from the townies to the privileged country club set,” the description of the show on the Ogunquit Playhouse website says.

Anyone who lives in Connecticut or who’s visited Mystic likely knows about Mystic Pizza, which opened in 1973.

The screenwriter Amy Jones was spending the summer in the area and chose the local pizza place that boasts, “A Slice of Heaven,” as the setting of the movie and Hollywood history was made.

The movie was filmed in Mystic and neighboring towns and the fans followed.

There is something exciting about seeing how a movie is made right before your eyes. Fortunately, more Connecticut residents are finding that they have a front row seat to the lights, camera and action.

The songs in the musical are a mix of hits from the late 80s and early 90s. 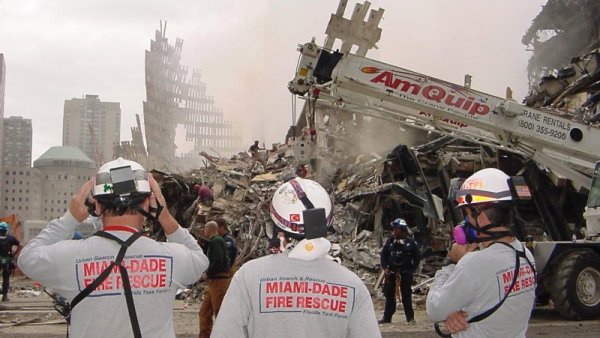 In Schools Across the U.S. on 9/11, Students and Teachers Faced the Unimaginable Together