Obama started the longest expansion in U.S. history and prevailed over most of it

Vice President Mike Pence and fellow Republicans pressed a distorted case Wednesday that President Donald Trump took over a moribund economy from Barack Obama and supercharged it. That's not what happened.

Speakers at the Republican National Convention also hailed Trump for protecting the health insurance of people with preexisting illness, flipping reality on its head as his administration tries to overturn the law that guarantees those protections.

A look at how some of the the rhetoric from the convention's third night compares with the facts:

PENCE: “Four years ago we inherited ... an economy struggling to break out of the slowest recovery since the Great Depression. ... In our first three years we built the greatest economy in the world.”

THE FACTS: That's a highly misleading portrait. Obama started the longest expansion in U.S. history and prevailed over most of it.

The expansion was indeed slow, but growth under Trump has basically been the same: 2.3% in the final four years of Obama compared with 2.5% in the first three years of Trump. Trump took office with unemployment at a low 4.7%, steady job growth and a falling federal budget deficit.

And Trump's record on economic growth is about to get crushed by the current recession brought on by the pandemic, a public-health crisis that the White House said early on would not hurt the economy.

GOV. KRISTI NOEM of South Dakota: “In just four years, President Trump has lifted people of all races and backgrounds out of poverty. He shrunk government and put money back into the pockets of hardworking, ordinary Americans.”

THE FACTS: Only this is true: Americans did get money back in the form of tax cuts and in direct government payments after the economy plunged into a recession this year from the coronavirus.

Everything else is wrong. The government is still huge, not shrinking as she said. Federal spending was 20.6% of the gross domestic product in 2016, Obama's last year, according to the White House Office of Management and Budget. That percentage has gone up and down but was 20.8% in 2019. It probably surged this year due to the fastest and sharpest downturn in modern U.S. history.

The pandemic-induced recession has also flung millions of Americans back into poverty — as expanded government aid has expired. The unemployment rate is 10.2%, versus 4.7% when Trump took office. There are 14.8 million Americans collecting jobless aid, while just 2 million were doing so when Trump became president.

PENCE: “When asked whether he’d support cutting funding to law enforcement, Joe Biden replied, ‘Yes, absolutely.' Under President Trump, we will always stand with those who stand on the thin blue line, and we’re not going to defund the police."

THE FACTS: That’s misleading, a selective use of Biden’s words on the subject. Biden does not propose defunding the police, but rather giving them more money, conditioned on improvements in policing. Biden’s actual position on this has been ignored at the GOP convention.

Pence is referring to an excerpted video clip of Biden’s conversation with liberal activist Ady Barkan. In the fuller conversation, Biden declined to support defunding police, his consistent stance.

Barkan raises the issue of police reform and asks whether Biden would funnel money into social services, mental health counseling and affordable housing to help reduce civilian interactions with police. Biden responds that he is calling for more money for mental health providers but “that’s not the same as getting rid of or defunding all the police” and that more money for community policing must be provided, too.

Barkan asks: “So we agree that we can redirect some of the funding?” Biden then answers “absolutely yes.”

Biden then gives the caveat that he means “not just redirect” federal money potentially but “condition” it on police improvements. “If they don’t eliminate chokeholds, they don’t get (federal) grants, if they don’t do the following, they don’t get any (federal) help,” Biden replied, noting federal aid is only a supplement to departments financed mainly by localities and states.

At the Republican National Convention, Vice President Mike Pence delivered a speech critical of the “violence and chaos” “engulfing” cities across the country in the wake of police killings of Black people. “We will have law and order on the streets of this country for every American of every race and creed and color,” said Pence.

KAYLEIGH McENANY, White House press secretary: “I can tell you that this president stands by Americans with preexisting conditions."

THE FACTS: No, people with preexisting medical problems have health insurance protections because of Obama’s health care law, which Trump is trying to dismantle.

Neither of the two alternatives appears to have made much difference in the market.

Meanwhile, Trump’s administration is pressing the Supreme Court for full repeal of the Obama-era law, including provisions that protect people with preexisting conditions from health insurance discrimination.

Before the Affordable Care Act, any insurer could deny coverage — or charge more — to anyone with a preexisting condition who was seeking to buy an individual policy.

JACK BREWER, former NFL player: “Are you going to allow the media to lie to you by falsely claiming that he said there are very fine white supremacists in Charlottesville? He didn’t say that. It’s a lie.”

THE FACTS: Trump said this at a news conference: Racial protests in Charlottesville, Virginia, in 2017 had “very fine people on both sides.” One side was made up of a loosely connected mix of white nationalists, neo-Nazis and other far-right extremists.

Trump’s comment conveyed sympathy for racists by declining to single out and call out the violence they perpetuated and by suggesting the episode was merely a contest of legitimate grievances.

The violence broke out after those protesters assembled to demonstrate against the city’s decision to remove a statue of Confederate Gen. Robert E. Lee.

Pressed at the Aug. 15, 2017, news conference, Trump acknowledged there were “some very bad people” looking for trouble in the group protesting plans to remove the statue. “But you also had people that were very fine people on both sides,” he continued. “You had people in that group, excuse me, excuse me, I saw the same pictures as you did. You had people in that group that were there to protest the taking down of, to them, a very, very important statue and the renaming of a park, from Robert E. Lee to another name.”

Later in the news conference, he tried to clarify that “I’m not talking about the neo-Nazis and the white nationalists — because they should be condemned totally.”

But he went on to assert that the conspicuously racist rally — partly organized by white nationalist Richard Spencer and with former Ku Klux Klan head David Duke as a scheduled speaker — had many other people who weren’t white supremacists, and there are “two sides to a story ... two sides to the country.”

PENCE: “We reformed the VA and Veterans Choice is now available for every veteran in America.”

THE FACTS: Veterans Choice is far from available to every veteran.

It’s true that Trump expanded the Obama-era program, which allows veterans to see a private doctor for primary or mental health care if their VA wait is 20 days (28 for specialty care) or their drive to a VA facility is 30 minutes or more.

But in March, VA halted much of the program due to the coronavirus outbreak and restricted veterans’ access to private doctors, citing the added risks of infection and limited capacity at private hospitals.

Under the temporary guidelines, the VA reviewed referrals for non-emergency care “on a case-by-case basis for immediate clinical need and with regard to the safety of the veteran when being seen in-person, regardless of wait time or drive time eligibility,” according to VA.

The move drew criticism from several veterans’ groups and conservatives as rendering the program ineffective. 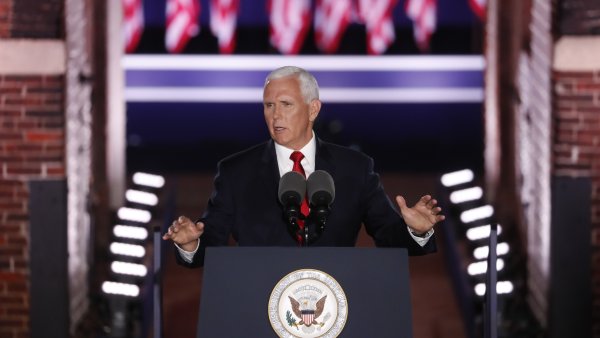 RNC Night 3: Speakers Heap Praise on Trump as Crises Converge Across the US 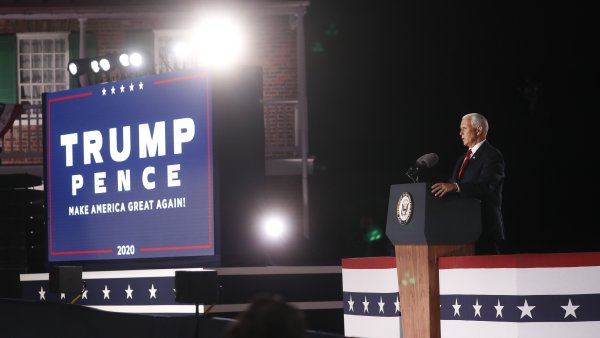 SCOTT DANE, representing Minnesota loggers and truckers: “But the last time Joe Biden was in the White House, Minnesota lost over half of its mills, thousands of jobs, and experienced nearly a decade of decline.”

THE FACTS: The decline in Minnesota’s sawmills and paper manufacturing has continued under Trump. And nationwide, sawmill jobs improved under Obama and slumped during Trump’s first three years.

Minnesota lost 20% of its papermills during Obama’s presidency, according to the Quarterly Census of Wages and Employment. It lost 18% of its sawmills. That’s a far cry from the “over half” claimed by Dane. The state’s sawmill sector lost 25 jobs under Obama, compared with 69 jobs lost during the first three years of the Trump administration. Papermills did let go of 1,368 workers during Obama’s presidency, while 674 jobs were shed during the Trump era.

But nationwide, the Obama era saw 7,221 new jobs in the sawmill sector. There were 69 sawmill jobs lost under Trump before the pandemic.

EDITOR'S NOTE — A look at the veracity of claims by political figures.