While the governor announced his bid for a second term on Nov. 28, 2017, he said Monday when asked if a similar timeline should be expected this year, "I don't understand why you're in such a big hurry for me to make a decision about this"

Still not ready to announce his 2022 plans, Massachusetts Gov. Charlie Baker on Monday outlined "three big questions" on his mind as he mulls whether to seek a third term.

"The first one is do you believe you have something productive and helpful to say," Baker said. "Do you have the desire and the commitment to serve the people of the constituency that you represent? And do you believe that this is something you want to spend the next few years of your life working on if you're fortunate enough to succeed? That's been -- every race I've ever run, from the selectmen to the governor races, those were the key criteria with respect to making a decision."

The Swampscott Republican, who last week described making his reelection choice as "a very complicated issue" involving both professional and personal considerations, did not say how many of those three questions he's so far answered.

"We'll get back to you guys soon on this, I promise," he said.

The number of candidates running for Massachusetts governor is growing, but Gov. Charlie Baker has not yet said if he will be one of them.

Baker officially announced his bid for a second term on Nov. 28, 2017, from the Table Talk Pie processing plant in Worcester. He did not answer Monday when asked if a similar timeline should be expected this year, instead telling a reporter, "I don't understand why you're in such a big hurry for me to make a decision about this."

"The people of Massachusetts have had a chance to take a good look at both the lieutenant governor and myself over the course of the previous seven years, and if we believe that we can continue to do the work to make this state better and stronger as we work our way out of this recovery in a post COVID-19 world, I'm sure they'll be interested in hearing what we have to say, but I don't feel any pressure coming from them," he said.

If Baker does run, he will enter a primary field that already includes former state Rep. Geoff Diehl, who has been endorsed by former President Donald Trump and has criticized the Baker administration's policies mandating masks in schools and COVID-19 vaccines for executive branch workers. Diehl's campaign on Monday said that the Whitman Republican collected $58,000 in contributions in October.

"More than any endorsement or poll, I am most grateful that so many people see this campaign as a critical part of taking control back from an overreaching government," Diehl said in a statement. 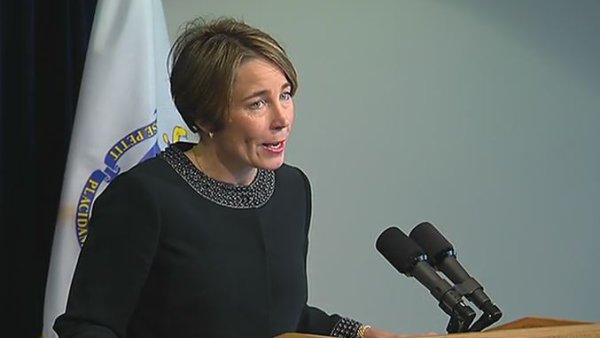 Healey Decision on Run for Governor Might Not Come Until Fall

Like Baker, Attorney General Maura Healey is taking her time to decide whether to run for governor, and her choice could have additional domino effects with potential candidates for her current post.

Baker fielded questions about his electoral future on the eve of municipal election day in Boston and other communities across Massachusetts, after he met privately with House Speaker Ronald Mariano and Senate President Karen Spilka.

"I don't make any decisions at all with respect to who that organization chooses to support," Baker said when asked about Mass. Majority's spending. "I have supported them in the past because I believe in their mission which is to seek to elect moderate and fiscally responsible Republicans and Democrats in Massachusetts, but I have no role to play and no idea who they're supporting or who they're not supporting heading into election day tomorrow."

Baker said he has "supported raising money for the organization, absolutely, because I believe in their mission."