As governor, Paul LePage participated in the "Hands Around The Capitol" event protesting the Supreme Court Roe v Wade decision that legalized abortion

LePage provided the answer in a labored exchange Tuesday evening during the first debate of the governor's race with current Democratic Gov. Janet Mills and independent Sam Hunkler.

LePage, who has generally avoided the issue, said during the debate that he supports current state law that bans abortions after a fetus becomes viable outside the womb, at roughly 24 weeks.

But when pressed by Mills and moderators, he answered "yes" and nodded when asked if he would veto a bill banning abortions before 15 weeks.

Karen Vachon, executive director of Maine Right to Life, said Wednesday she was disappointed by LePage's answer. "It is very disturbing that he wouldn't support a ban after 15 weeks," she said.

Democrats have been attacking LePage after the U.S. Supreme Court ruled there is no constitutional right to an abortion, allowing states to decide the issue themselves. Maine's abortion law went into place in 1993.

As governor, LePage, who was raised as a Roman Catholic, participated in the "Hands Around The Capitol" event protesting the Supreme Court Roe v Wade decision that legalized abortion.

But abortion never arose as a political issue during LePage's two terms in office. He's now seeking to unseat Mills in one of a dozen or so competitive governor's races across the country.

More on the Maine gubernatorial race 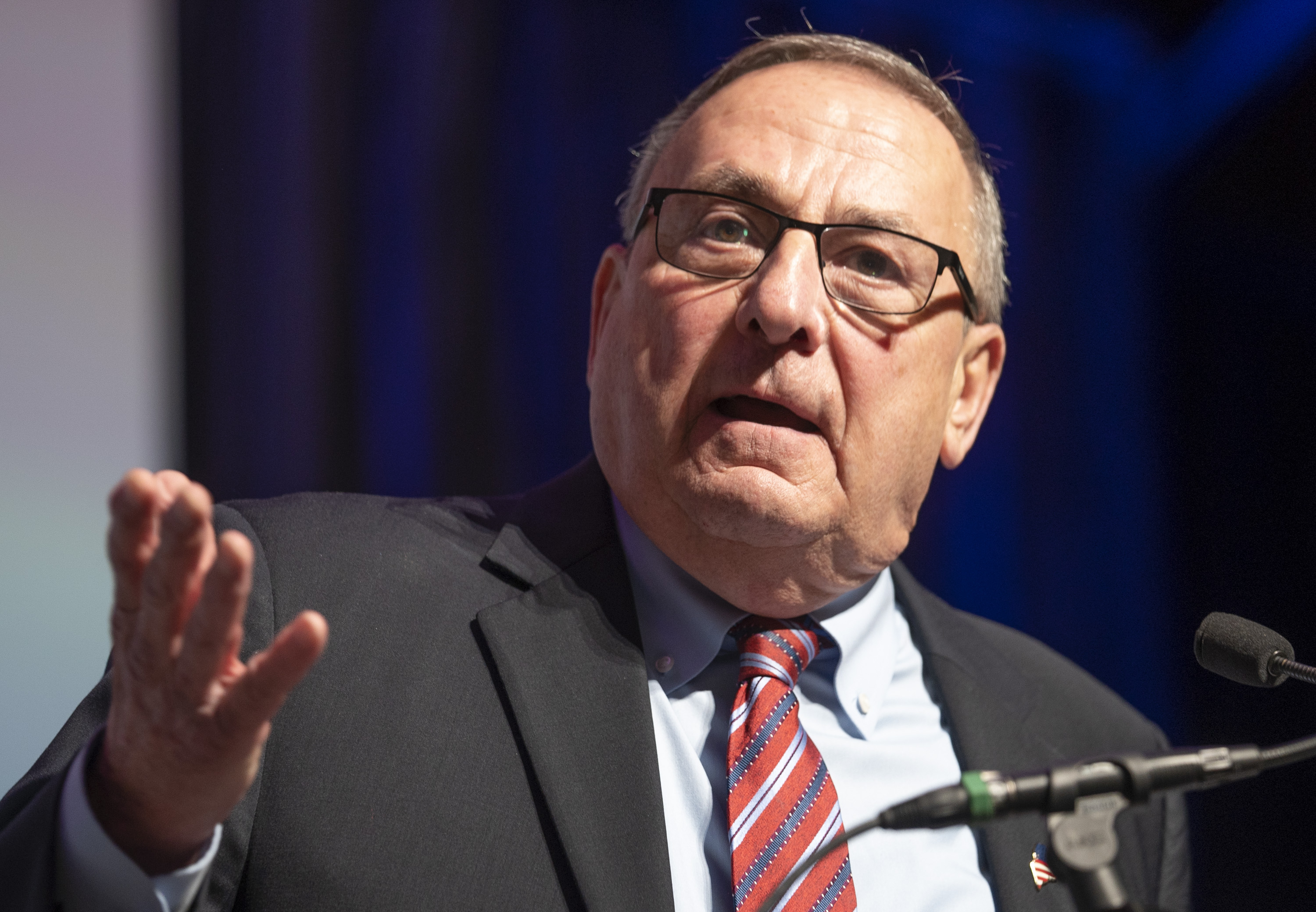 It's a thorny topic.

During the debate exchange in Maine, LePage insisted he wasn't interested in pressing for a bill to restrict or ban abortions, but lawmakers could act on their own. Democrats currently control both chambers.

Mills has stated repeatedly that she supports keeping abortions legal in Maine. "My veto pen will stand in the way of any restrictions on the right to abortion," Mills said Tuesday evening.

While LePage said he supports the current law, he said he opposes taxpayer-funded abortions, meaning he opposes abortions provided through the state's MaineCare program.

On a different topic, LePage was asked if he considered the election of President Joe Biden to be legitimate. LePage, who previously expressed concerns about voter fraud, answered yes. All three candidates also said they'd accept the outcome in November.

The debate was sponsored by the Portland Press Herald, Sun Journal and Maine Public. The candidates tackled issues including inflation and the economy, the state's opioid crisis, and education.