Baker, Lawmakers in Talks About Post-Roe Abortion Action in Massachusetts

Baker said he had "talked to colleagues of mine in the Legislature about what, if anything, we need to do to be able to support people who are seeking those kinds of services and can't get them where they live"

Reproductive health funding that Massachusetts lawmakers are proposing in next year's state budget is a "good place to start," according to Gov. Charlie Baker, who said Thursday that he has talked with lawmakers about how to support women in other states if the Supreme Court overturns Roe v. Wade.

Baker, during an interview on WBUR's "Radio Boston," reiterated his stance that it would be "a major setback for women" if the high court does strike the Roe ruling that protects the right to an abortion nationally and said that state law and court decisions in Massachusetts "enshrine a woman's right to choose, period."

Last week, after Politico published a leaked draft of a Supreme Court opinion overturning Roe, Baker said he was "absolutely open to discussing protections" for providers who offer abortion care to patients from states where such services may become illegal. Senate President Karen Spilka, too, said lawmakers would look to see "what else we can do to support women and families in Massachusetts and possibly other states" who might need assistance.

The Supreme Court's leaked draft opinion on overturning the landmark case that legalized abortion nationwide in 1973 has sparked an outcry from women's rights advocates.

On Thursday, Baker said he had "talked to colleagues of mine in the Legislature about what, if anything, we need to do to be able to support people who are seeking those kinds of services and can't get them where they live."

The budget the House passed in April includes $500,000 toward "improving reproductive health care access, infrastructure and security," including grants to three abortion funds. Senate Democrats this week rolled out a $49.7 billion spending plan that bumps that amount to $2 million and creates a dedicated line item for it. 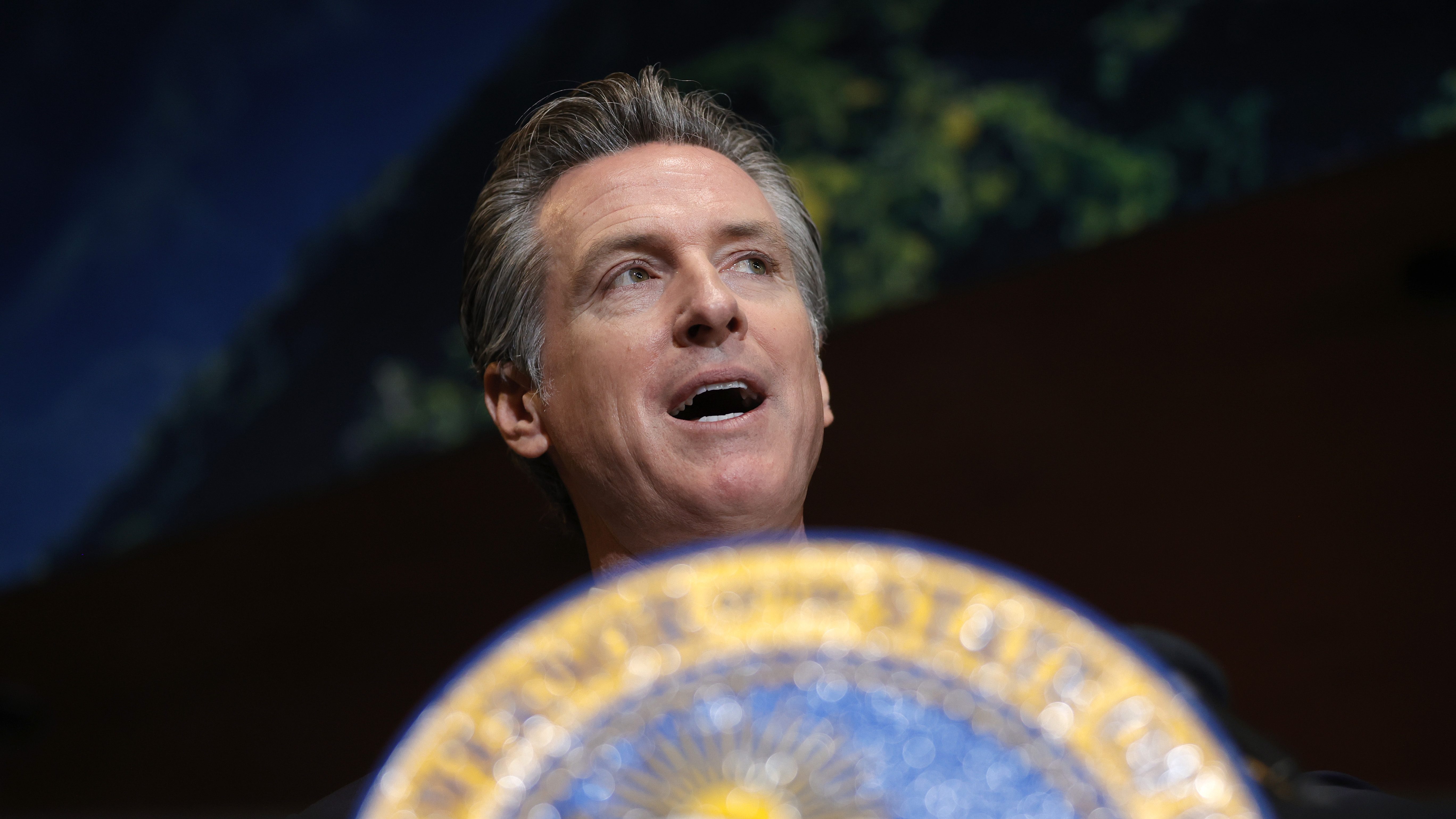 California Governor Backs Plan for State to Pay for Some Abortions 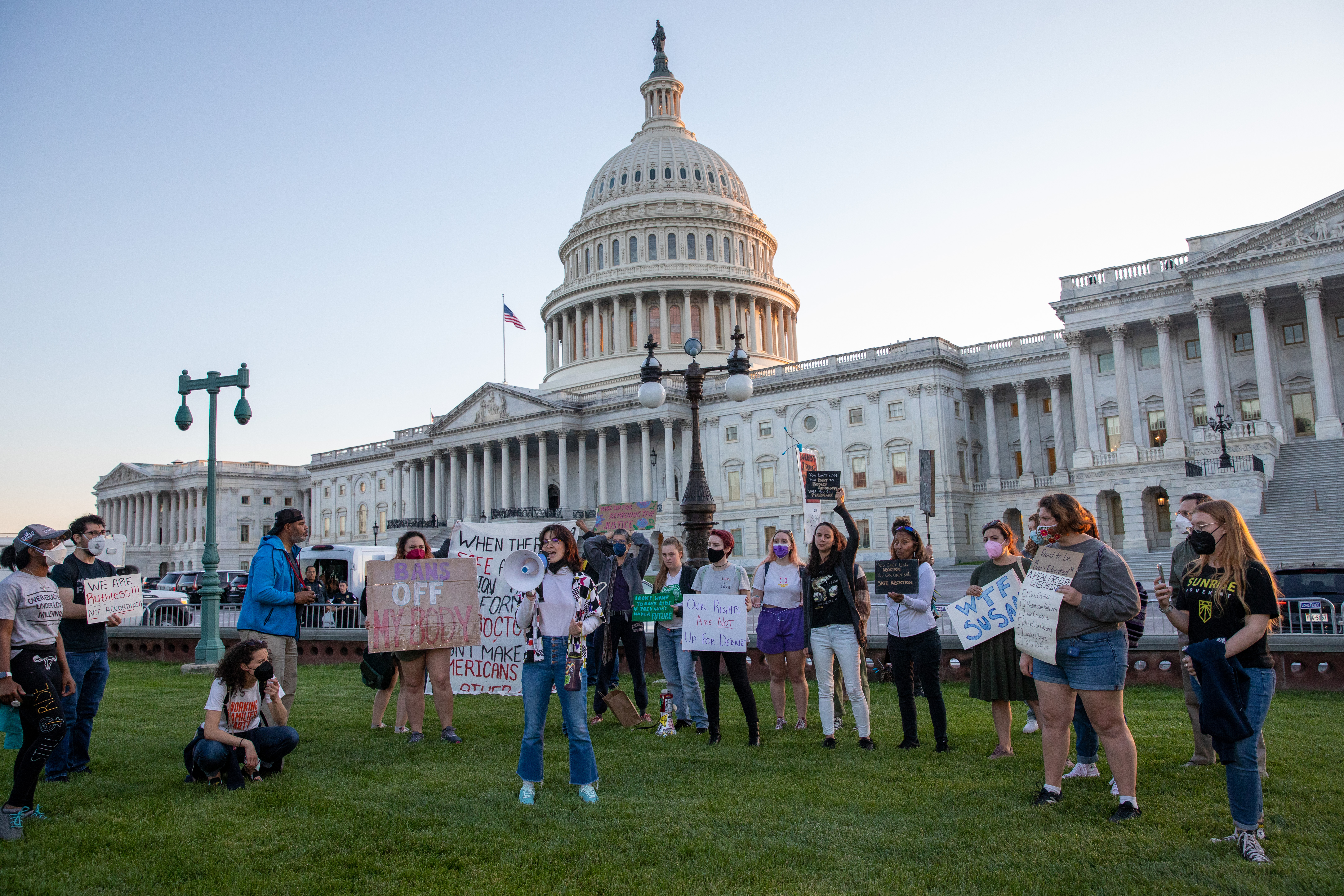 "And I think that's a good place to start but we need to see a decision before we decide what else we might be able to help with," Baker said of two funding proposals. "But I think this is something that should be a high priority for us."

Senate Ways and Means Chairman Michael Rodrigues said Tuesday that the abortion funding in his committee's budget is not specifically geared toward people from other states who may travel here if Roe is overturned.

"This is ensuring that whoever accesses these services at these facilities can feel safe and the people that work there can feel safe," he said.

The Westport Democrat compared the funding to an existing state grant program that supports security enhancements at faith-based and nonprofit organizations that face risks of terrorist attacks and hate crimes, including synagogues and mosques.

Rodrigues said creating a specific line item for the abortion access and security grants is a move that his committee made to reflect "a very strong possibility that these funds are going to be necessary in the future also."

Both the House and Senate budgets specify that the funding shall include grants to the Jane Fund of Central Massachusetts, the Abortion Rights Fund of Western Massachusetts and the Eastern Massachusetts Abortion Fund, which advocates have said would represent the first time in state history that the annual budget invests in grassroots abortion fund organizations that help people finance abortion care.

The Senate budget, set to be debated starting May 24, would also direct the Department of Public Health to report to lawmakers on its grant distribution methodology, grant applicants, amounts awarded, and the projects supported by the grants.