Obama, in Scathing Trump Rebuke, Warns Democracy on the Line

Obama was bitingly personal in his criticism of Trump, accusing him of using the presidency to seek the “attention he craves" and never putting in the work required to lead the nation, particularly in times of crisis

Former President Barack Obama painted a unsparing portrait of American democracy on the brink if President Donald Trump wins in November, warning in a scathing, and at times emotional, address Wednesday that his successor is both unfit for office and apathetic to the nation's founding principles.

“This administration has shown it will tear our democracy down if that’s what it takes to win," Obama said in strikingly blunt, and at times emotional, remarks on the third night of the Democratic convention.

Obama's address amounted to one of the most sweeping condemnations ever of a sitting president by one of his predecessors. It was aimed squarely at jolting Democrats, as well as Republicans who are skeptical of Trump, ahead of the November election, casting the contest not simply as a choice between two politicians or two parties, but as a test of the endurance of American ideals.

Through much of Trump's presidency, Obama has been restrained in his public comments, hewing to the tradition of former Oval Office occupants giving space to the current commander in chief. Yet he has become more pointed in his criticism in recent months, and his remarks Wednesday revealed the full extent of both his personal disregard for the current president and his belief that Trump presents an existential threat to democracy in the United States.

Obama said he had initially held out hope that Trump would grow into the job of president — but he has now concluded that Trump not only hasn't, he simply can't. Instead, he said Trump has focused on using the presidency to benefit his friends and family and turned the nation's most powerful office into “one more reality show that he can use to get the attention he craves.”

Trump, who appeared to be watching in real time, responded with all-caps tweets, questioning why Obama waited until after the Democratic presidential primary was over to endorse Biden. Obama maintained throughout the primary that he would not endorse a candidate in the large field.

Obama's address also amounted to a call to action to a weary and anxious nation, particularly younger Americans frustrated with a government that may often appear out of touch with their interests. Democrats see Obama as a bridge to those voters in the 2020 race, someone who can speak both to Biden’s character and to the urgency of progressives pushing for more sweeping change to the nation’s economic and domestic policies.

He called out in particular to young people who took to the streets of American cities earlier this year to protest police brutality against Black Americans, casting them as the heirs to the legacy of civil rights leaders such as Georgia Rep. John Lewis, who died earlier this summer.

“You can give our democracy new meaning," he said. “You’re the missing ingredient — the ones who will decide whether or not America becomes the country that fully lives up to its creed."

Obama cast Biden and his running mate, Kamala Harris, as well positioned to help that younger generation of activists power through many of the changes they seek. Yet there is an inherent tension in Obama, whose own political rise was fueled by the power of barrier-breaking, generational change, touting Biden, a 77-year-old white man who has spent a career in politics, for the presidency.

Indeed, many of Obama's public comments since leaving the White House have focused on encouraging a new generation of political leaders to step up, both in America and around the world. He drew particular attention during the 2020 Democratic primary when he said many of the world’s problems have been due to “old people, usually old men, not getting out of the way.”

With the general election now in full swing, Obama confidants say that while the former president’s support for Biden is unequivocal, he does worry about enthusiasm among younger voters, particularly younger voters of color. He’s well aware that one of the reasons Trump currently occupies the Oval Office is that those voters did not show up in the same large numbers in 2016 for Hillary Clinton as they did when he was on the ballot.

Watch former Secretary of State Hillary Clinton deliver her full address during the third night of the 2020 Democratic National Convention. Footage provided is a mixed feed and is a joint effort by the pool and the DNCC.

Obama spoke two nights after his wife, former first lady Michelle Obama, headlined the opening night of the convention and delivered her own condemnation of Trump. She urged Democrats to show up to vote the way they did in 2008 and 2012, the elections that sent her husband to the White House on the strength of high turnout among young people, women and voters of color.

The fact that the Obamas were headliners on two of the four nights of the Democratic celebration speaks to the crucial role they have in helping Biden try to reassemble that coalition — and the challenge the Democratic Party has in building a new bench of other leaders who can do the same.

“When you think about folks who have the capacity to really unify us, there are only a few people,” said Yvette Simpson, chief executive of Democracy for America, a progressive political action committee. “Certainly Barack Obama and Michelle Obama are among them.”

Indeed, the former president has enviable popularity, both among Democrats and all Americans. A Fox News poll conducted in May found 93% of Democrats had a favorable opinion of Obama, as did 63% of all registered voters.

Watch former Congresswoman Gabrielle Giffords’ full address during the third night of the 2020 Democratic National Convention. Footage provided is a mixed feed and is a joint effort by the pool and the DNCC.

Despite that strong support, there has been some rethinking of Obama’s legacy among some of his party’s most liberal activists, who argue he didn’t go far enough in overhauling the nation’s health care system and gave too much away to Republicans in fiscal negotiations. Obama himself has acknowledged there was more he wanted to do, but argued he was hamstrung by the realities of a Republican-controlled House, and eventually Senate, for much of his tenure.

But some of Obama’s more recent comments have energized liberals, who see signs of him embracing some of the tactics of his party’s activist wing. Progressives cheered in particular when Obama called for eliminating the Senate filibuster rules requiring 60 votes on major pieces of legislation, calling it a “Jim Crow relic” that is holding up rewriting voting rights laws. His surprise comments came during his eulogy at the funeral of the late civil rights leader and Georgia Rep. John Lewis.

“That’s the guy we remember from the election of 2008,” Simpson said. “It encouraged me that he might be the guy that pulls Joe Biden along a little bit.” 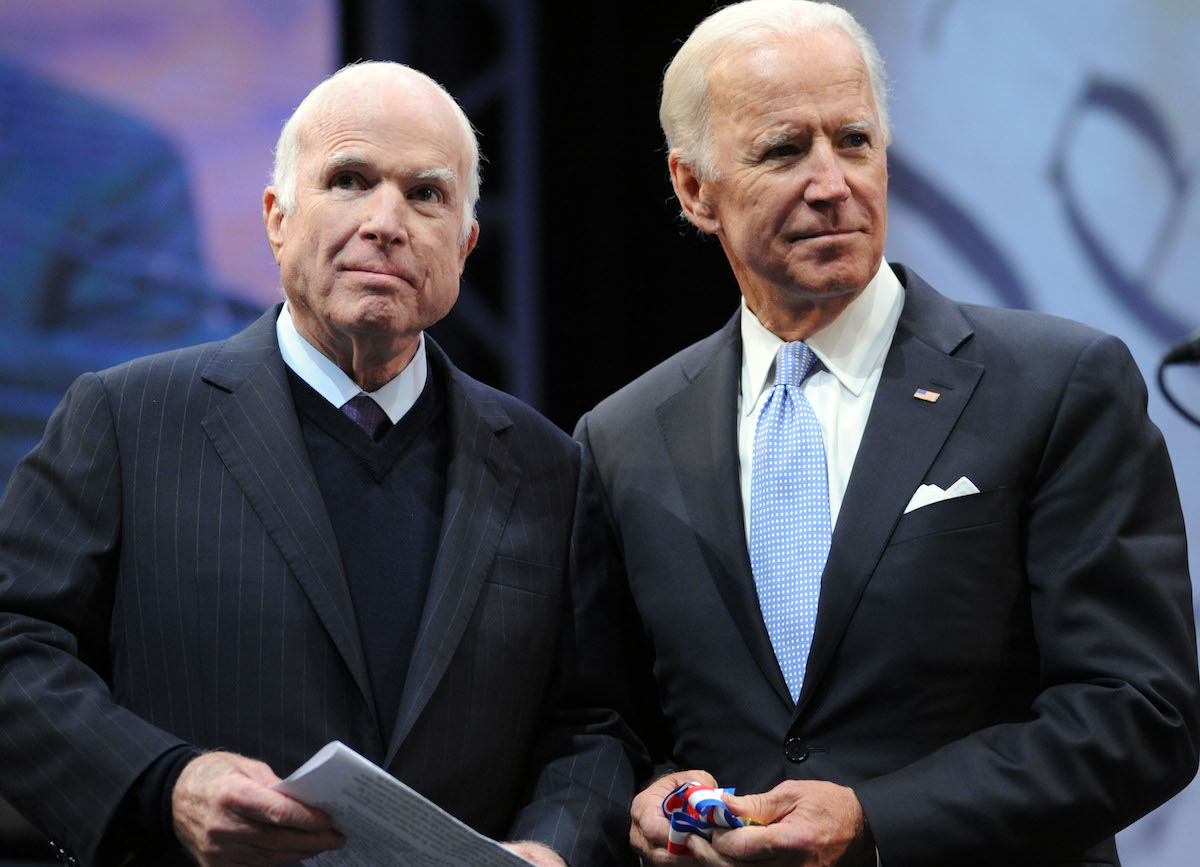 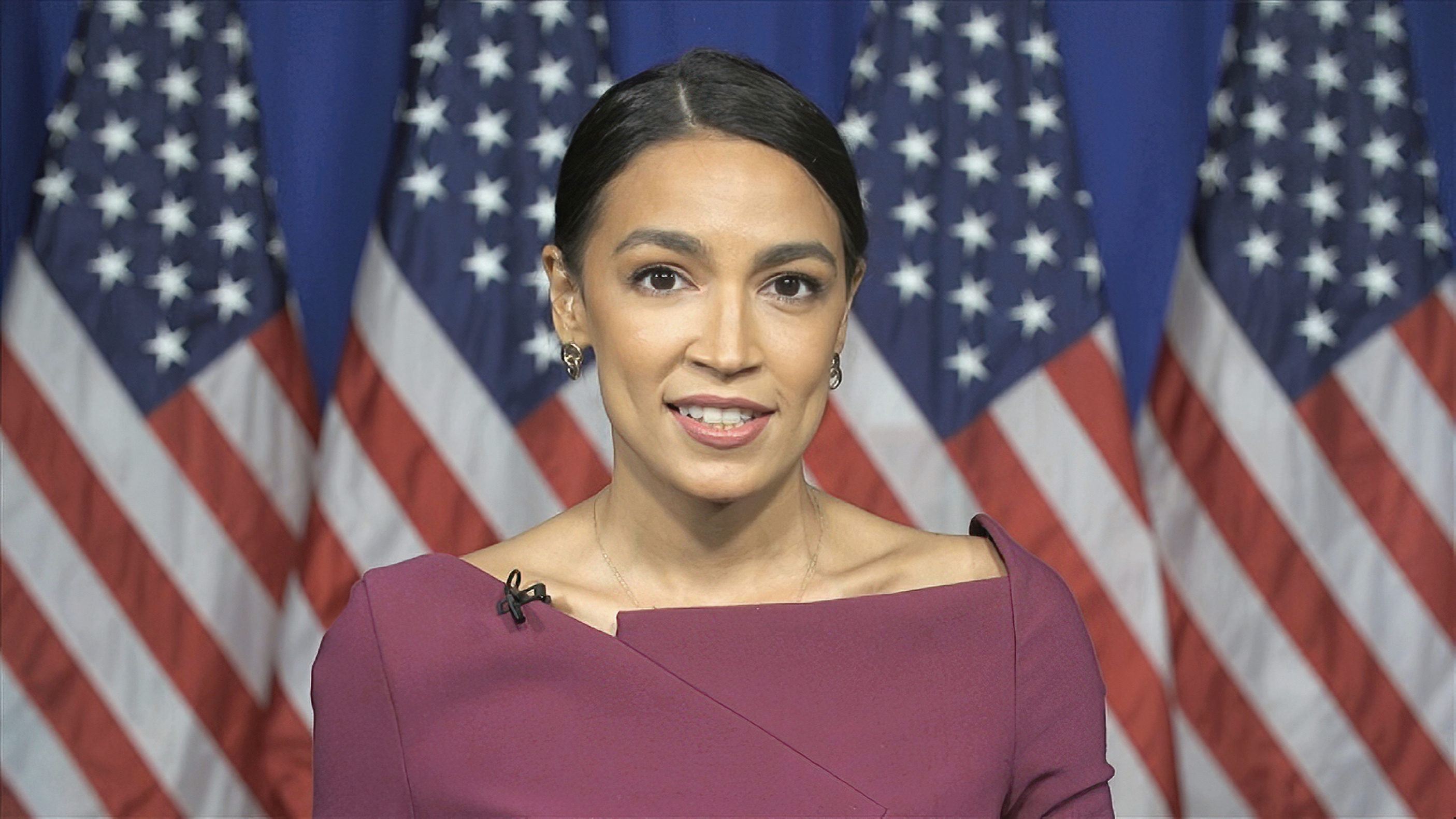