Biden Promised a Historically Diverse Cabinet. Was He Able to Deliver?

Two months after President Joe Biden took office, he sat down for his first meeting with his Cabinet and proclaimed that the group, handpicked by him and largely confirmed by the Senate, “looked like America.”

The push for diverse Cabinet secretaries intensified early on from leaders and politicians of color, all of whom wanted Biden to either give more representation to specific communities of color, or to move away from typecasting certain communities of color into specific leadership roles. The specter of the Trump administration -- whose Cabinet remained largely male and white and whose head of state leaned into racist rhetoric against detractors and political opponents during his tenure -- also hung over Biden’s head as he formed his administration.

An NBC analysis of all Cabinet-level members from the past four administrations found that Biden’s cabinet has the highest percentage of women heading Cabinet-level departments; as well as secretaries, administrators and directors of color compared to his predecessors overall. Close to half of his current Cabinet are women; half of his current Cabinet self-identify as Black, Latino, Asian American, Native American or multiracial.

Breakdown of Cabinet-Level Members by Ethnicity

An analysis of all secretaries of executive departments and cabinet-level positions found that the cabinet formed by Joe Biden maintain the highest number of people of color in cabinet-level seats.

Choose from the dropdown menu to see the breakdown for executive-level positions per president.

The ethnicity of each secretary is based on self-identification or published genealogy reports. Members with ethnic backgrounds from Europe, North Africa or the Middle East is considered white.

The Special Presidential Envoy for Climate is included in Biden's administration for the first time.
Nina Lin / NBC

Former President Barack Obama, who made headlines as the first biracial President of the United States, scored second highest across gender (30.2% women) and ethnicity (30.2% people of color) diversity metrics across the past four administrations.

The Cabinets of former presidents George W. Bush and Donald Trump, meanwhile, were more skewed towards white and male department heads, with only 16.7% and 17.5% of their Cabinets consisting of women respectively.

Two of Biden’s Cabinet-level positions remain open as of the time of this writing, and were not included in the Cabinet analysis. Acting secretaries were also excluded from the analysis.

Breakdown of Cabinet-Level Members by Gender

An analysis of all secretaries of executive departments and cabinet-level positions found that the cabinet formed by Joe Biden maintain the highest number of women in cabinet-level seats.

Choose from the dropdown menu to see the breakdown for executive-level positions per president only.

The Special Presidential Envoy for Climate is included in Biden's administration for the first time.

Biden’s willingness to open positions of power within the administration hierarchy to both women and people of color was evident when he chose Kamala Harris as his vice president, which made Harris the first woman, Black and Asian American to serve in the position. Since then, Biden’s confirmed Cabinet picks included other historic firsts like Deb Haaland, the first Native American to serve as a Cabinet secretary; Pete Buttigieg, the first openly gay confirmed Cabinet member; Gen. Lloyd Austin, the first Black Cabinet secretary to lead the Department of Defense; and Alejandro Mayorkas, the first Latino to lead the Department of Homeland Security, among others.

His Cabinet also starts off with the largest range age-wise, spanning from millennial members like Pete Buttigieg, born in 1982, to members of the Silent Generation like John Kerry, born 1943.

Ages of all cabinet-level members during the date of their confirmation. In positions where Senate confirmation is not needed, age is calculated from the member's age during the first day of the job. Red data points are female cabinet members.

Click or hover over each point for more information on each cabinet member.

The Special Presidential Envoy for Climate is included in Biden's administration for the first time.

Biden himself is the oldest person ever elected president.

The Biden Administration: A Look at Who Has Been Nominated and Confirmed 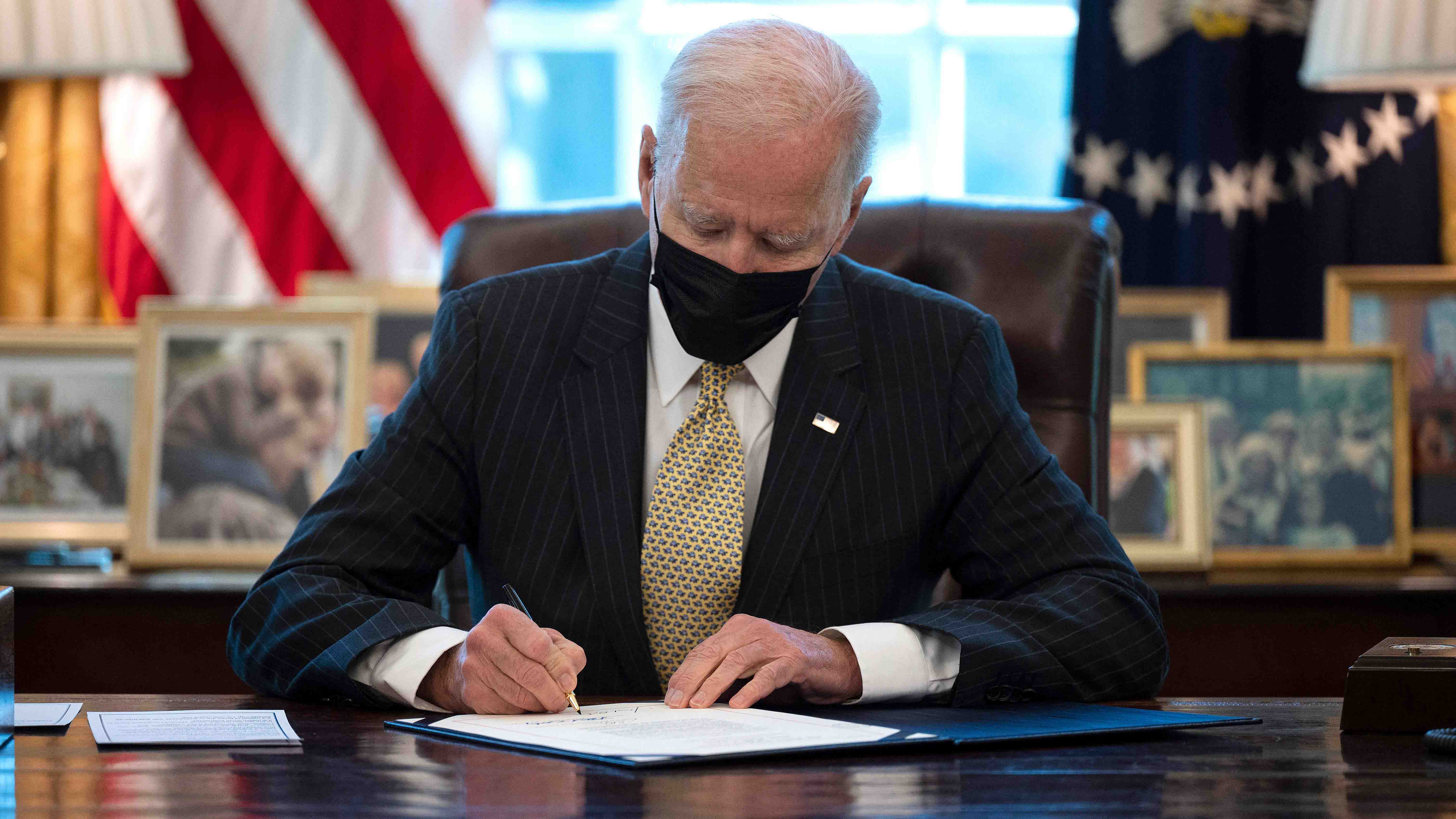 Biden's First 100 Days: Where He Stands on Key Promises 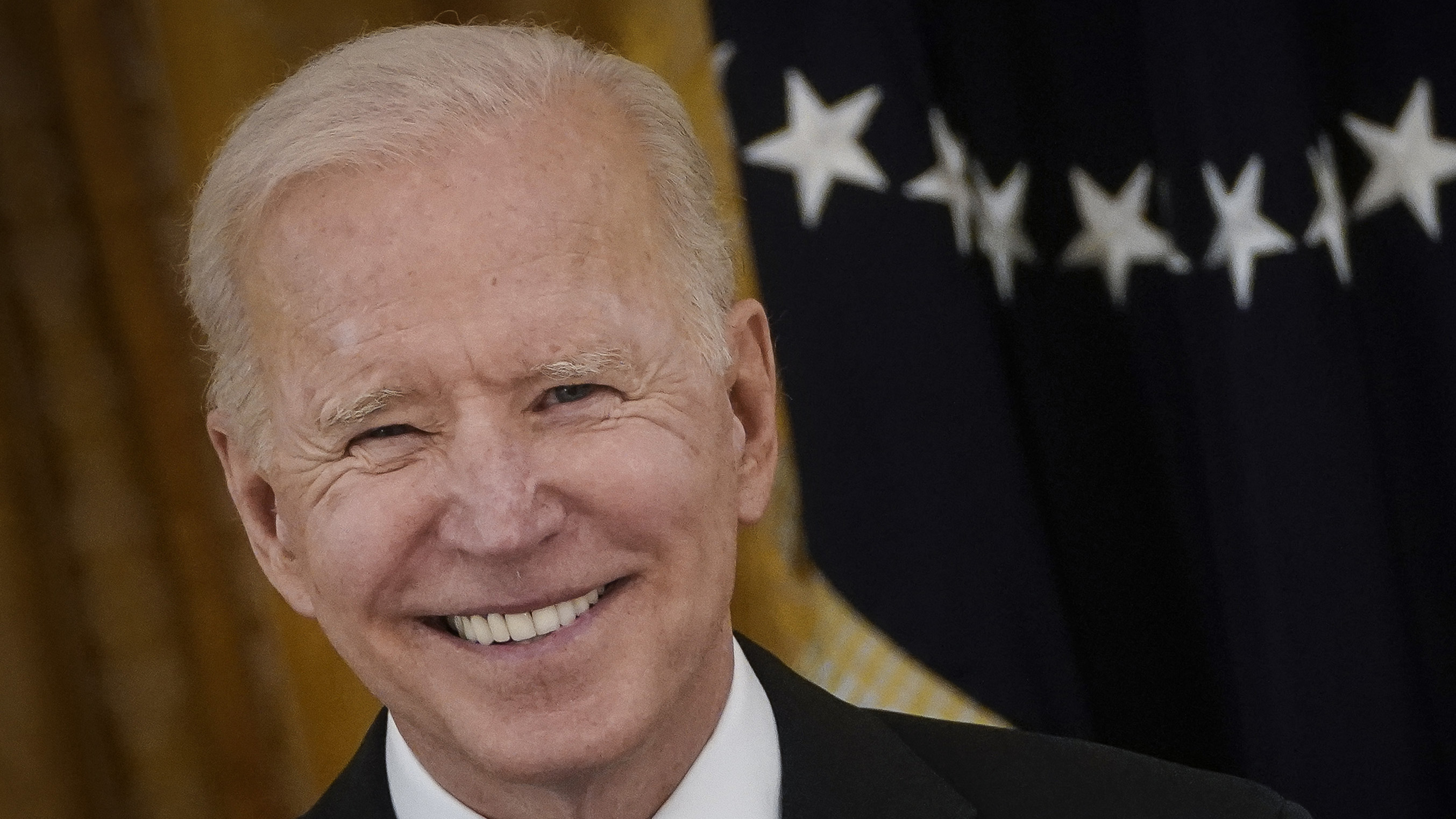