Participants of the "Black Lives Matter" march in Boston protested the decision by a grand jury in Ferguson, Missouri, not to indict police officer Darren Wilson in the shooting death of an unarmed black teen.

One night after a grand jury in Ferguson, Missouri, decided not to indict a police officer in the shooting death of an unarmed black teen, protests are taking place across the country.

In Boston, groups of people blocked major roadways Tuesday night after learning Darren Wilson would not be charged in the killing of Michael Brown.

A ramp of I-93 was shut down by Massachusetts State Police as protesters walked with their hands up. A human chain on Tremont Street, blocking the road as Boston Police looked on.

Later, a group tried to make its way onto the Massachusetts Turnpike at Clarendon Street, but was held off by police.

Boston Police told NECN approximately 45 arrests had been made. Half of those arrested were female. Still, however, Superintendent in Chief William Gross thanked protesters for remaining peaceful, adding that he is proud of the city. 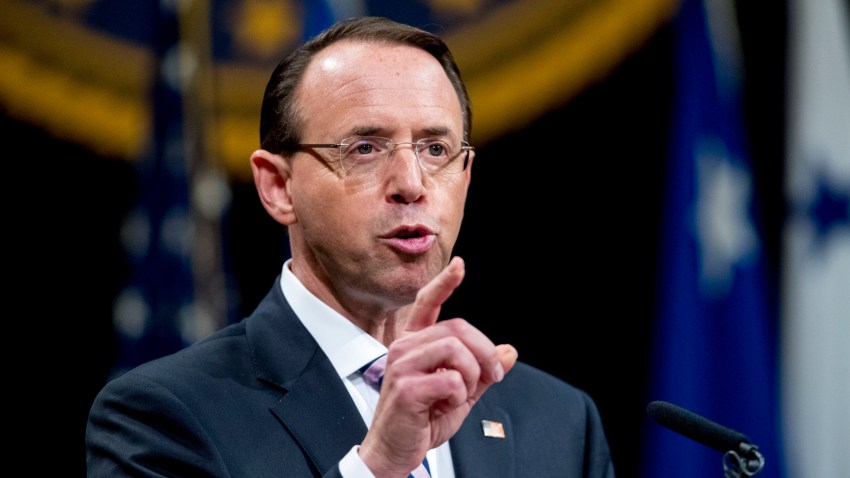 Even though there were arrests, Gross said, there were no fires or incidents of looting.

Hundreds of protesters were taking part in the march, with many chanting "Hands up, don't shoot."

Similarly, in Providence, Rhode Island, about 150 protesters sat on I-95, blocking both lanes of the highway for a time, according to NECN affiliate WJAR.

Police in Providence are making arrests and attempting to clear the road.