“In this profound moment of reckoning for our country and our city, as people rise up to demand change, Boston needs leadership that not only understands, but has lived the systemic inequities facing our residents every day," Campbell said

Boston City Councilor Andrea Campbell on Thursday announced her bid to become the city's next mayor, saying her local upbringing makes her the best candidate to create more equity for residents.

“In this profound moment of reckoning for our country and our city, as people rise up to demand change, Boston needs leadership that not only understands, but has lived the systemic inequities facing our residents every day," Campbell said in a statement.

"I’m running for mayor to be that leader, to bring our city together to confront inequities head-on, and finally make Boston a City that works for everyone."

Campbell, a former council president, represents District 4, which includes large sections of Dorchester and Mattapan, as well as parts of Jamaica Plain and Roslindale.

She joins her colleague, City Councilor Michelle Wu, in the race for Boston's executive office. Incumbent Mayor Marty Walsh hasn't said whether he will seek a third term.

At a campaign speech in the Roxbury neighborhood where she grew up, Campbell said her upbringing in Boston has shaped her vision for the city.

Born and raised in Roxbury and the South End, she and her twin brother Andre lost their mother in a car accident when they were just eight months old, and their father was incarcerated for the first eight years of their lives. For those eight years, Andrea and her siblings grew up with relatives and in foster care, often in public housing and on food assistance.

"But I also know what is possible in Boston, because, by the Grace of God and the opportunities this City afforded me, I stand here today -- as a girl who grew up in public housing in Roxbury and the South End, with a family torn apart by incarceration and loss, who could be elected the first Black woman president of the Boston City Council, and today launch a campaign to be the first Black mayor and first woman mayor of the city of Boston."

Campbell said her brother, who suffered from scleroderma, a chronic connective tissue disease, died at the age of 29 while in custody as a pre-trial detainee due to inadequte health care -- an event that "changed everything" for her.

She said their divergent paths showed systemic inequities: as Campbell attended "excellent" public schools as part of an academic fast-track program, Andre "was over disciplined and often under-supported by adults who failed to see his potential."

She said families who live in downtown Boston are far liklier to enroll their children into top public schools than those who live in lower-income areas.

"Even today the disparities and access to quality schools in the city is shocking," she said at the campaign event, adding inequities should also be eradicated in housing, health care and access to green spaces.

Campbell said it was time for new leadership to provide help to "those who need it the most," saying not enough was done by the Walsh administration to protect communities of color from the coronavirus pandemic.

"By certain metrics Boston is doing great, but if you come into Dorchester, Mattapan or Roxbury or other communities of color, you will see that we have a lot more work to do," she said.

"Health inequities have existed in this city and continue to be exascerbated by COVID-19 and that's the part of the conversation that is often lost. But I don't want to just talk about it. I want to do something about it."

She said she respected Wu and had worked in partnership with her on the council, but said "we have a different story, a different background, (we) focus on different issues."

More Coverage on the Run for Boston Mayor 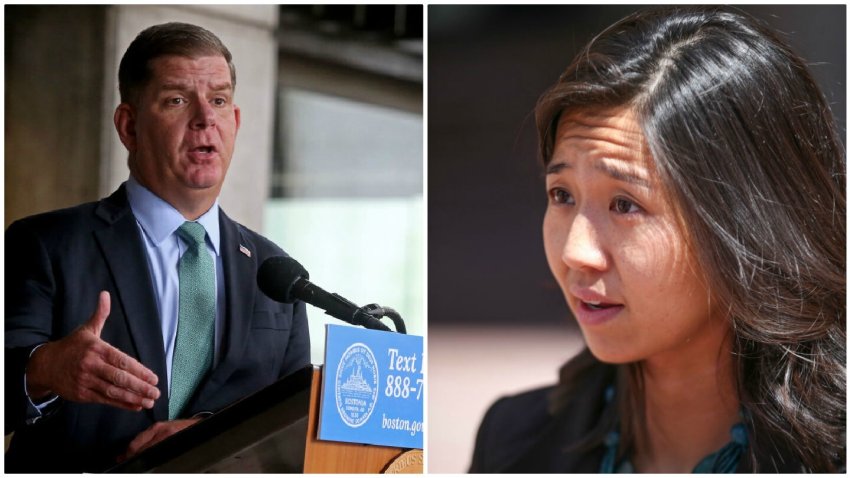 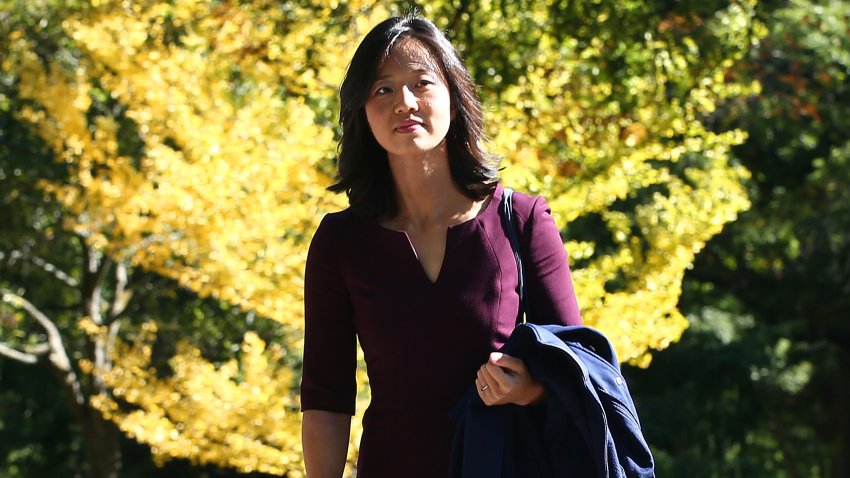