The urgent warnings come as Sanders shows new signs of strength on the ground in the first two states on the presidential primary calendar, Iowa and New Hampshire, backed by a dominant fundraising operation

The urgent warnings come as Sanders shows new signs of strength on the ground in the first two states on the presidential primary calendar, Iowa and New Hampshire, backed by a dominant fundraising operation. The Vermont senator has largely escaped close scrutiny over the last year as his rivals doubted the quirky 78-year-old's ability to win the nomination. But less than a month before Iowa's kickoff caucuses, the doubters are being forced to take Sanders seriously.

Former Chicago Mayor Rahm Emanuel, previously a senior aide to President Barack Obama, warned Democrats that Sanders' status as a democratic socialist and his unwavering support for "Medicare for All” won't play well among swing voters in the states that matter most in 2020.

The latest news on the 2020 Presidential Election 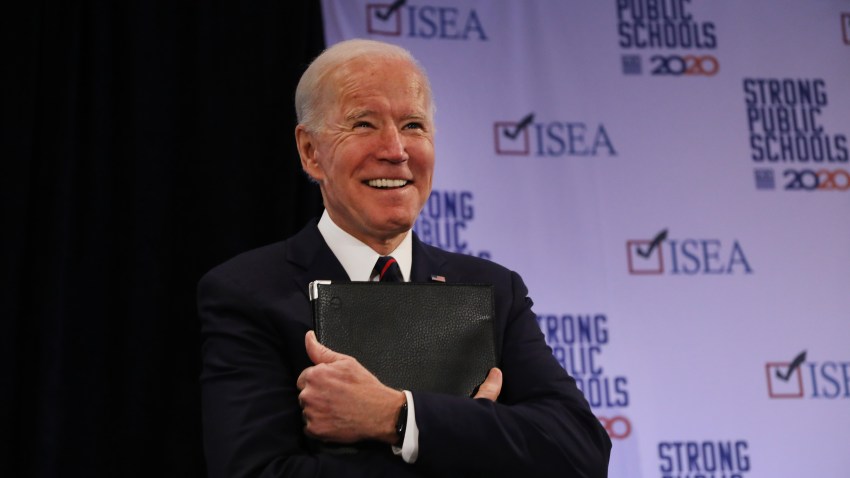 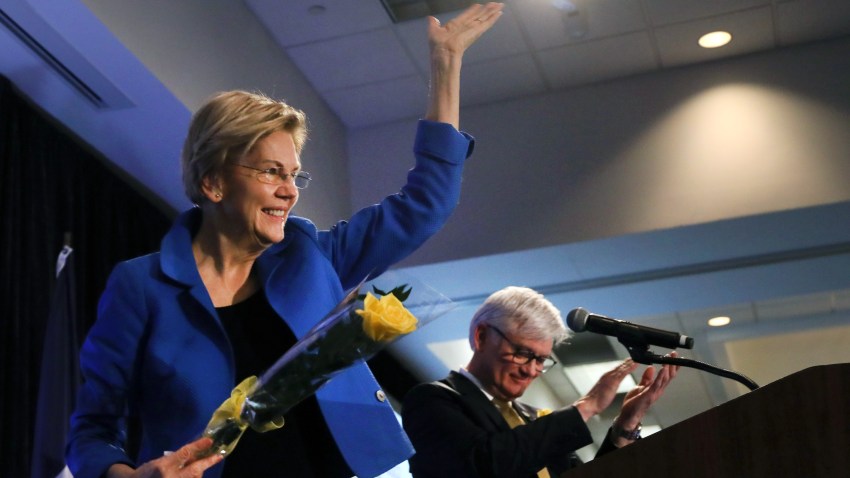 "You need a candidate with a message that can help us win swing voters in battleground states," Emanuel said in an interview. "The degree of difficulty dramatically increases under a Bernie Sanders candidacy. It just gets a lot harder."

In some ways, the criticism is not surprising.

Sanders has spent decades fighting to transform the nation's political and economic systems, creating a long list of political adversaries along the way. Many people connected to Hillary Clinton, for example, still blame Sanders for not working hard enough to support her after their long and bitter presidential primary feud in 2016. Some Democrats still accuse him of not being enough of a team player.

Sanders' chief strategist Jeff Weaver dismissed the growing criticism as a reflection of the strength of his candidacy.

He raised more money than any other Democratic candidate in the last quarter — virtually all of it from small-dollar donors — and he's considered a legitimate contender to win Iowa and New Hampshire next month.

"People in establishment Washington are terrified of Bernie Sanders," Weaver said. "The truth of the matter is their centrist tacking over the years has led us to the place where someone like Donald Trump can get elected."

Less than four weeks before Iowa's Feb. 3 caucuses, Sanders' critics are making a concerted effort to turn up the volume.

The ranks of the concerned include many Democrats tasked with preserving the party's majority in the House and expanding its minority in the Senate and governors' mansions across the country.

California Rep. Ami Bera, a leader in the Democratic Congressional Campaign Committee's "frontline" program to protect vulnerable House members this fall, warned that a Sanders nomination would force more than 40 Democratic candidates in competitive districts — most of which were carried by Trump four years ago — "to run away from the nominee."

Specifically, Bera cited Sanders' signature health care plan, which would replace the nation's private insurance system with a government-run Medicare for All system.

"You have to take Sen. Sanders seriously," said Bera, who has endorsed Biden. "Those are going to be tough positions for our members to run on."

Montana Sen. Jon Tester, who led the Senate Democrats' campaign arm the last time Trump was on the ballot, warned that Republicans "are really good at making elections about who’s at the top of the ticket."

"I come from a state that’s pretty damn red. There is no doubt that having ‘socialist’ ahead of ‘Democrat’ is not a positive thing in the state of Montana," Tester, who has not endorsed any 2020 candidate, said of Sanders. "He can overcome that, but I think it’s something he’s going to have to do."

Several Sanders critics noted that he has largely escaped intense scrutiny throughout the campaign, in part because some assumed that Massachusetts Sen. Elizabeth Warren, another progressive firebrand, was a stronger candidate who would cannibalize his support. With Warren's candidacy struggling to maintain momentum, however, those assumptions are now being questioned.

"He has now emerged as somebody who’s got the ability to win the nomination," said former Obama aide Ben LaBolt, who isn't aligned with any 2020 campaign but opposes Sanders.

LaBolt seized on Sanders' short list of accomplishments over three decades in Congress. Over that time, the senator wrote just a handful of bills that ultimately became law, though Sanders' camp insists he's effected meaningful change in and out of Washington.

"He’s more concerned about shouting in the wilderness to make an ideological point than getting things done," LaBolt said.

Sanders is also facing lingering questions about his age, having suffered a heart attack late last year. He is the oldest candidate in the race, and, if elected, he would be the oldest president in U.S. history.

Former Colorado Sen. Gary Hart, who is supporting Bennet's underdog bid, was reluctant to single out any of the candidates for criticism. But he said Sanders wouldn't be the strongest nominee and suggested it was fair to take Sanders' age into account.

"I think health has become an issue, whether we like it or not," Hart, 83, said in an interview. "I’m older than Sen. Sanders, so I can say things like that. I think it’s time for generational change."

Marshall Matz, who was a policy adviser for Sen. George McGovern's failed 1972 bid for president, was more direct in his warning for Democrats. If they nominate Sanders, he said, the party should expect the same landslide loss that McGovern suffered decades ago to President Richard Nixon.

“I think he would not just lose but would lose badly — and I don’t think the country can afford that,” Matz said, noting that McGovern generated large crowds and enthusiasm just as Sanders has.

Indeed, on the ground in Iowa, there are signs that Sanders is in a strong position as caucus day approaches.

Josh Kennedy, a 36-year-old Sanders supporter from West Branch, Iowa, said he had previously been curious about Warren but hadn’t been impressed by her on the campaign trail. He’s back on board with Sanders.

“You know exactly what you get with him,” Kennedy said.

Sanders drew consistently large crowds as he crisscrossed the state over the New Year holiday. His campaign said he spoke to nearly 6,000 supporters across 16 events, with more than 1,300 people gathered for a Des Moines party on New Year's Eve.

The supporters turned out in rural areas as well.

Tracy Freese, chair of the Grundy County Democratic Party and a Sanders supporter, said she counted around 250 people at the Grundy Center Community Hall for Sanders last weekend, a number she called “incredible.”

“To put that many people in a room, in a small red county, for Bernie was crazy on a Saturday,” she said.