"If coronavirus has the lasting impact that we all fear it will, it will also dramatically reshape the way a presidential campaign unfolds"

Podiums get sanitized before the candidate steps up to speak. Fist or elbow bumps take the place of handshakes, and kissing babies is out of the question. Rallies are canceled, leaving candidates speaking to a handful of journalists and staffers instead of cheering crowds of thousands.

This is campaigning in the age of the coronavirus, when fears of the new pandemic's rapid spread are upending Joe Biden's and Bernie Sanders' campaigns. The urgency of the issue comes at a pivotal time in the Democratic presidential primary, as Biden is beginning to pull ahead as a front-runner for the nomination and as Sanders is scrambling to catch up.

"If coronavirus has the lasting impact that we all fear it will, it will also dramatically reshape the way a presidential campaign unfolds," said Jesse Ferguson, a veteran Democratic strategist and former spokesman for Hillary Clinton's campaign.

"Politics is fundamentally about leaders interacting with the people who they represent, and if a pandemic forecloses that ability, it changes everything — how you campaign, how you knock doors, how you do events and how you do the retail part of politics."

Sen. Bernie Sanders, I-Vt., told reporters that despite falling behind former Vice President Joe Biden in several state primaries on Tuesday, he intends to stay in the race to become the Democratic presidential nominee and is “looking forward’ to challenging Biden during Sunday’s debate.

While coronavirus concerns have been building as new cases crop up daily and as Democrats criticize President Donald Trump for what they consider a lackluster response, Tuesday marked the first moment the issue affected the campaigns in a substantive way. Both Biden and Sanders decided to cancel planned election-night rallies in Ohio at the advice of local health officials.

And so Biden — who won at least four of the six states voting Tuesday — delivered a victory speech to a crowd almost entirely composed of media and dozens of staffers who had wandered over from headquarters. It was hardly the big celebration Biden had hoped for on one of the biggest nights of his 2020 campaign.

It's not the first time a major national crisis has upended the contours of a presidential race. During the 2008 campaign, as the economy was in free fall, Republican nominee John McCain returned to Washington to work on the congressional response to the crisis in an effort to revive his flagging campaign.

Steve Schmidt, McCain's top adviser, has said the coronavirus crisis could be particularly problematic for Sanders — and for Trump.

Former Vice President Joe Biden was the projected winner of the Democratic primary in Mississippi on Tuesday. Biden and Bernie Sanders were competing in six states Tuesday.

"The raw politics of this is that it freezes the Democratic race in place for Bernie Sanders, who is on his last legs. You can't have a revolution without rallies," he said.

Trump, meanwhile, delights in turning out tens of thousands of supporters to his events and has kept up a steady calendar of rallies in recent months.

"The Trump show is sustained by rallies," he said.

While they have not said they are holding off on rallies, Trump’s campaign doesn't have any on the schedule — a rare break to his persistent counter programming.

The campaign postponed a "Women for Trump" bus tour through Michigan, citing "scheduling conflicts," after the husband of a participant came into contact with someone who tested positive for the virus at the Conservative Political Action Conference in Washington. 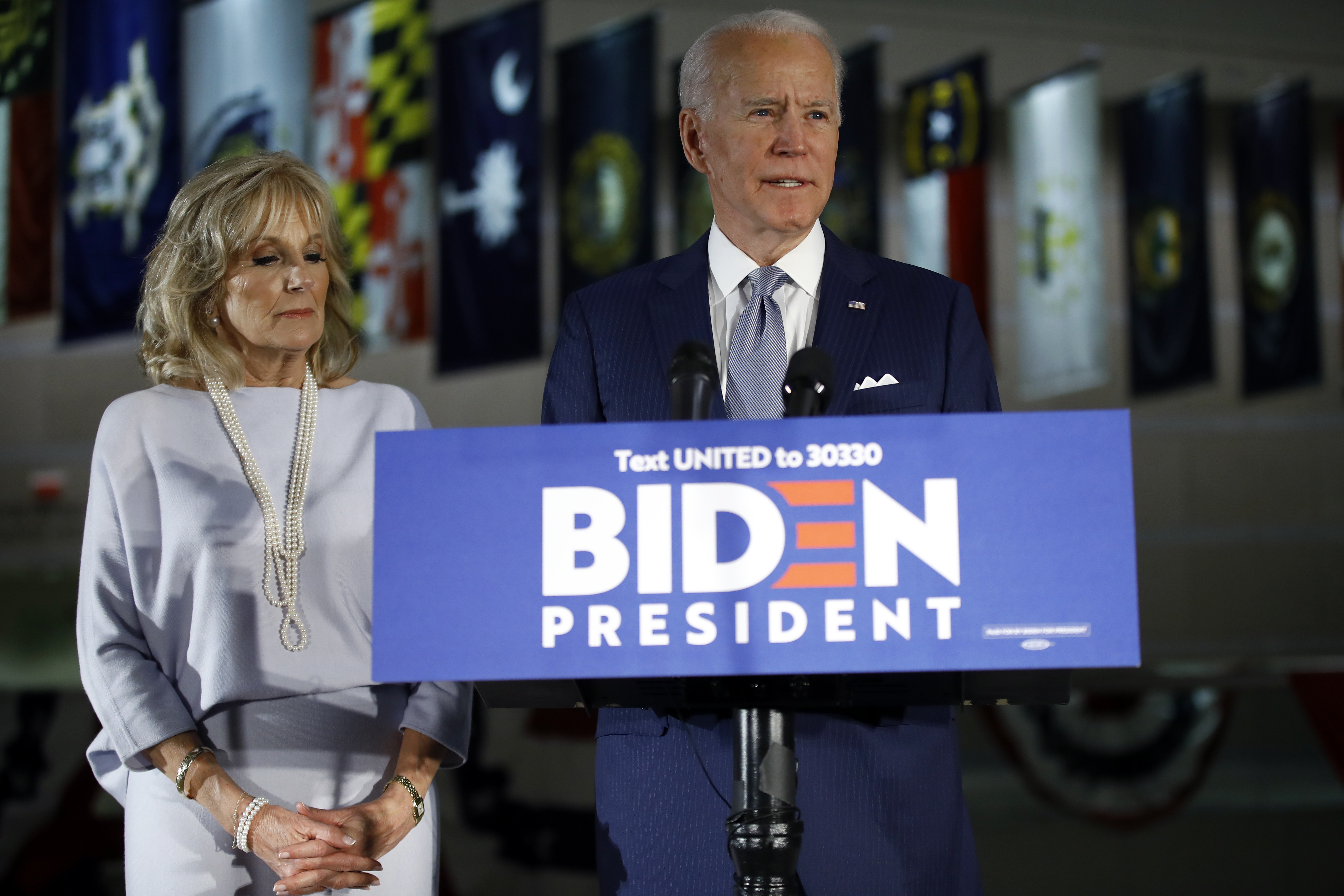 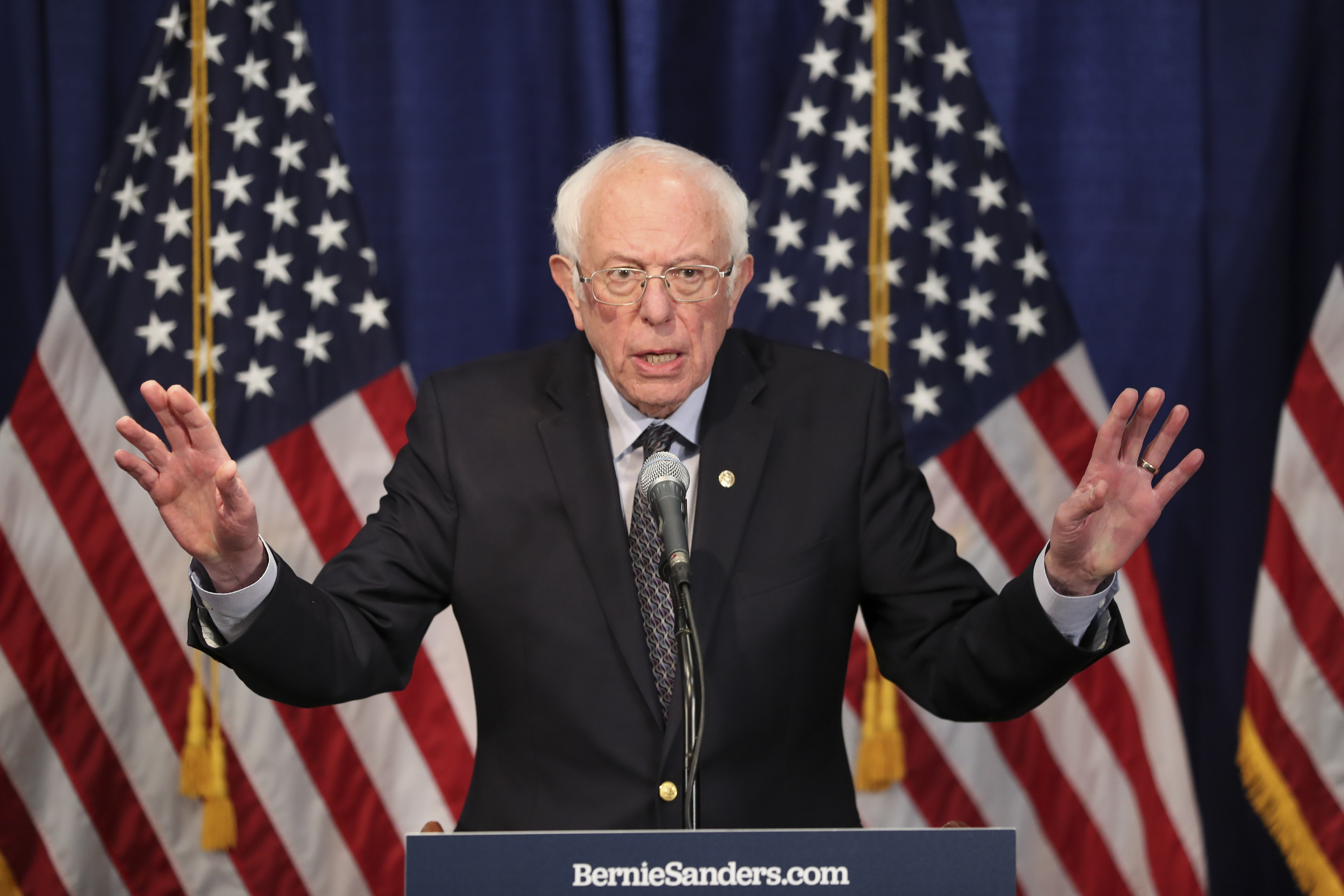 Bernie Sanders Says He Will Remain in 2020 Race

Late Wednesday, the White House announced Trump would cancel his trips to Colorado and Nevada "out of an abundance of caution" amid the coronavirus outbreak. He was set to leave Thursday for a Western swing that would include a pair of fundraisers and an appearance at the annual gathering of the Republican Jewish Coalition in Las Vegas — just the kind of event that public health officials had been urging people to avoid.

The 73-year-old president has also continued to shake hands and speak at large gatherings, despite public health warnings directed at people his age.

Through an emergency use authorization, the US Food and Drug Administration has authorized Northwell Health Labs to move from manual testing for COVID-19 to semi-automated testing.

While Trump continues his handshaking, those warnings from officials could affect the way Biden campaigns. While the former vice president typically holds smaller events and has only consistently turned out crowds in the thousands since winning South Carolina on Feb. 29, he's known for his personal, often physical interactions with voters. He often doles out hugs or goes forehead-to-forehead with a voter to share an emotional moment.

Rick Hasen, an election law expert and professor at the University of California's Irvine School of Law, joked that Biden may have "some things to learn about social distancing."

Indeed, even Biden's senior adviser Anita Dunn was trading elbow bumps instead of handshakes with a reporter on the trail this week.

It's not just rallies that face restrictions with the spread of the new coronavirus. The Democrats' next debate, being held Sunday in Arizona, will not have a live audience at the request of both campaigns.

One major concern for the candidates is turnout — particularly among older voters, who make up a key portion of Biden's base.

"I certainly think that it has the potential to cause both voters and poll workers to want to stay away from places where people gather," Hasen said.

Election officials in Ohio and Chicago announced they're moving polling centers out of senior centers and nursing homes, which could make it tougher for seniors to vote and create confusion for voters.

Some Democratic operatives have expressed concerns that some states could see a shortage in volunteers on Election Day. Election officials in Florida, where early voting is underway, are sanitizing voting machines hourly with disinfectant wipes.

WHO Director-General Tedros Adhanom Ghebreyesus addressed the media Wednesday and asserted that he now thinks it is appropriate to characterize COVID-19 as a pandemic.

Kelly Dietrich, CEO of the National Democratic Training Committee, a group that trains Democrats who want to run for office or work on a campaign, said they’re already seeing a decline in people who have registered to participate in their training over fear of showing up to large gatherings.

"That fear is a prime motivator. It’s going to affect your campaign. It needs to be taken into account," Dietrich added.

The Sanders campaign held a call with staff and advisers to go over new organizing protocols on Wednesday. Signs of heightened concern could be seen on the Biden campaign trail earlier this week. His press aides offered liberal doses of hand sanitizer as his traveling press boarded their plane. And at a high-dollar fundraiser this week in Detroit, boxes of disinfectant wet wipes were placed on the cocktail tables.

But even as the outbreak scrambles the campaigns' operational plans, it offers Democrats an opportunity to draw a contrast with Trump on presidential leadership.

"In a situation like this, coronavirus or a financial crisis, you see in real time how the candidates would react if they were president," Schmidt said.

Seeking to calm financial markets during an election year, Trump has repeatedly downplayed the threat posed by the virus, insisting that it will simply sort itself out. But his administration on Wednesday appeared to be coming to terms with the widespread impact as it considered more drastic measures.

To that effect, Biden is giving an address Thursday outlining how he would address the outbreak as president. On Wednesday, he announced the formation of a "Public Health Advisory Committee," comprised of five doctors and a former Obama counterterrorism adviser, that will "provide science-based, expert advice" to the campaign on ways it can minimize health risks.

Sanders has argued that the outbreak underscores the need for "Medicare for All" to avoid steep hospital bills for people who contract — or think they may have contracted — the new coronavirus.

The number of confirmed coronavirus cases in the United States has topped 1,000 overnight as efforts to contain the disease continue. At least 31 people have died.

"This crisis, this absurd health care system, is becoming more and more obvious to the American people as we face the challenge of a coronavirus pandemic," he said Wednesday. "Imagine facing a pandemic and having 87 million people who are having a difficult time going to a doctor when they need."