Steve Kornacki Stayed Up 2 Straight Days for the Election, Powered by Diet Coke and Passion

His father said he took to politics "like a duck to water," and his high school history teacher remembers Kornacki‘s success in the classroom almost as much as his intensity as basketball team manager

If you were one of the millions of TV-watching Americans clicking around the news on election night, there’s a good chance you landed on MSNBC and saw Steve Kornacki at work.

His round-the-clock coverage, encyclopedic memory of political minutiae and skillful use of the touchscreen generated an avalanche of accolades on social media, from his own hashtag #trackingKornacki (complete with emoji) to a "Kornacki-cam" to hilarious celebrity shout-outs, including a running Twitter commentary by former "Saturday Night Live" cast member Leslie Jones.

“This is how I like my reporters to look, disheveled and concerned,” she said of Kornacki.

We caught up with the Massachusetts native for an interview on the Tuesday after Election Day, and it turns out he got a kick out of Jones' videos.

What does he make of all the attention? “Honestly, I don’t know what to make of it. And I honestly didn’t expect anything like this.”

And exactly how long was he awake starting with Election Day? “5 a.m. Tuesday morning until 2 a.m. Thursday morning.”

That would be 45 straight hours -- fueled mostly by Diet Cokes, Kornacki said.

He did manage to change his clothes, a question he's been getting a lot, even from his mother.

“In my defense, what I will say is, we were on around the clock. This is not a situation where I was sleeping in the clothes and then wearing them on air. I just stayed on the air.”

Even his clothes made headlines, most notably the Gap khakis: straight fit in palomino brown. He even got an email from a Gap representative but, given the potential conflicts, he hasn’t written back.

The "#chartthrob" doesn't just have roots in Massachusetts, he has roots at this station: early in his career he was a writer at NECN.

The Boston University graduate hails from Groton and went to Groton-Dunstable High School, where he was named most likely to succeed. His high school history teacher, Keith Woods, remembers Kornacki‘s success in the classroom -- “He just had a mind like a steel trap” -- almost as much as his intensity as basketball team manager.

“He was doing things like analytics before we knew what analytics were," Woods said. "I swear to you, he would come up to us during the games and he’d say, 'Hey you know, you have these guys shooting the fourth quarter from the right side, 20% less if you…' We’re like, 'We don’t even know what you’re talking about Steve.' We thought he was crazy.”

“They were having a mock election in the sixth-grade class where Steve played the part of John Silber. And he really took to that like a duck to water.”

Success for his son, he says, hardly happened overnight: “When he took his first job in New Jersey after college, he lived an absolutely Spartan existence, because he had no money. And he didn’t have a bed. He slept on the floor.”

Kornacki has come a long way since then, even earning on-air praise this week from none other than Bob Woodward, of Watergate fame.

“It was an honor to hear it, obviously. But I mean, part of me was sort of like, are you sure he’s talking about the right person here?” Kornacki said. 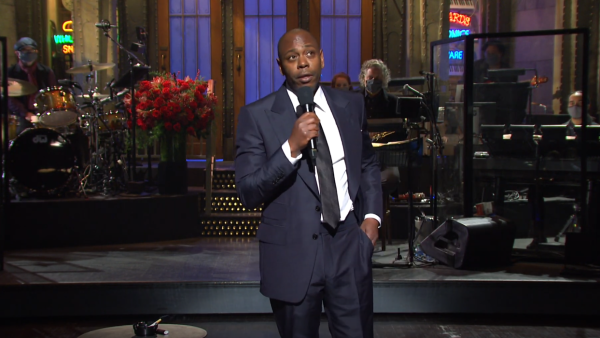