Biden's remarks came during a wide-ranging Monday meeting at the White House with seven members of the Congressional Hispanic Caucus, according to Rep. Tony Cardenas

President Joe Biden has signaled he might forgive some student loan debt and further extend the federal moratorium on repayments, a lawmaker who discussed the issue with him said Wednesday.

The White House was notably more measured about Biden's stance, but such moves would be a boon to many of the 43 million Americans carrying student loans worth $1.6 trillion, according to federal figures. It would also be a win for Democratic and progressive leaders who have long pressed Biden to carry through on a 2020 campaign promise that as president he would “immediately" cancel up to $10,000 in debt per student.

Biden's remarks came during a wide-ranging Monday meeting at the White House with seven members of the Congressional Hispanic Caucus, according to Rep. Tony Cardenas, D-Calif., who was among them. He said in an interview Wednesday that he asked Biden to extend the moratorium on debt payments through this year, instead of letting it expire Aug. 31.

“He immediately smiled and said, “I’ve extended in the past, and you’re going to like what I do next,’" Cardenas said. “So I said, ‘Okay, wonderful. Next question.’”

Cardenas said he then asked about forgiving at least $10,000 in debt for each student, which he said the caucus believes Biden can do using executive powers. That would preclude the need for legislation from Congress, where there is Republican opposition.

“He said, ‘Yes, I’m exploring doing something on that front,’" said Cardenas. “And he also smiled and said, ‘You’re going to like what I do on that as well.'” 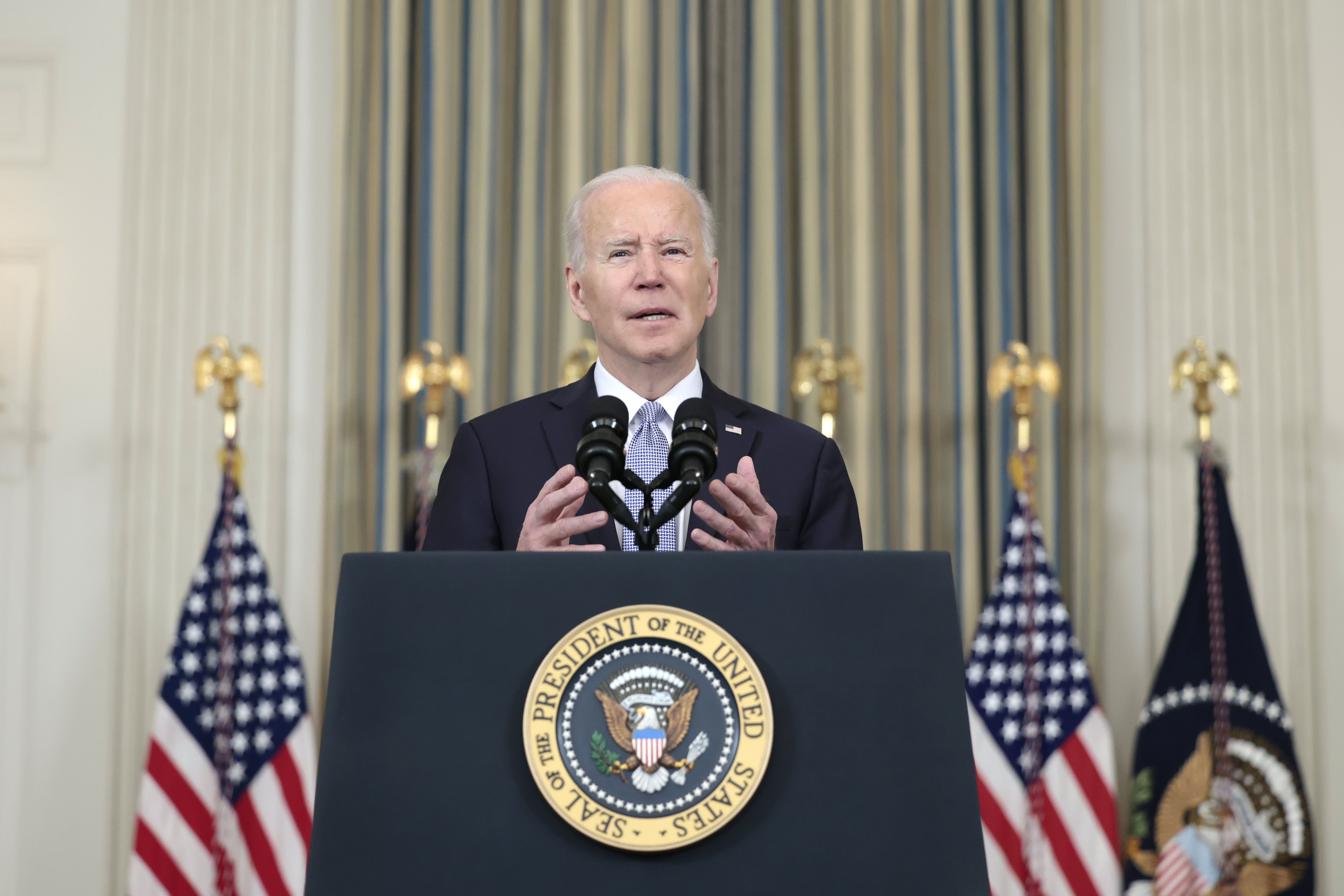 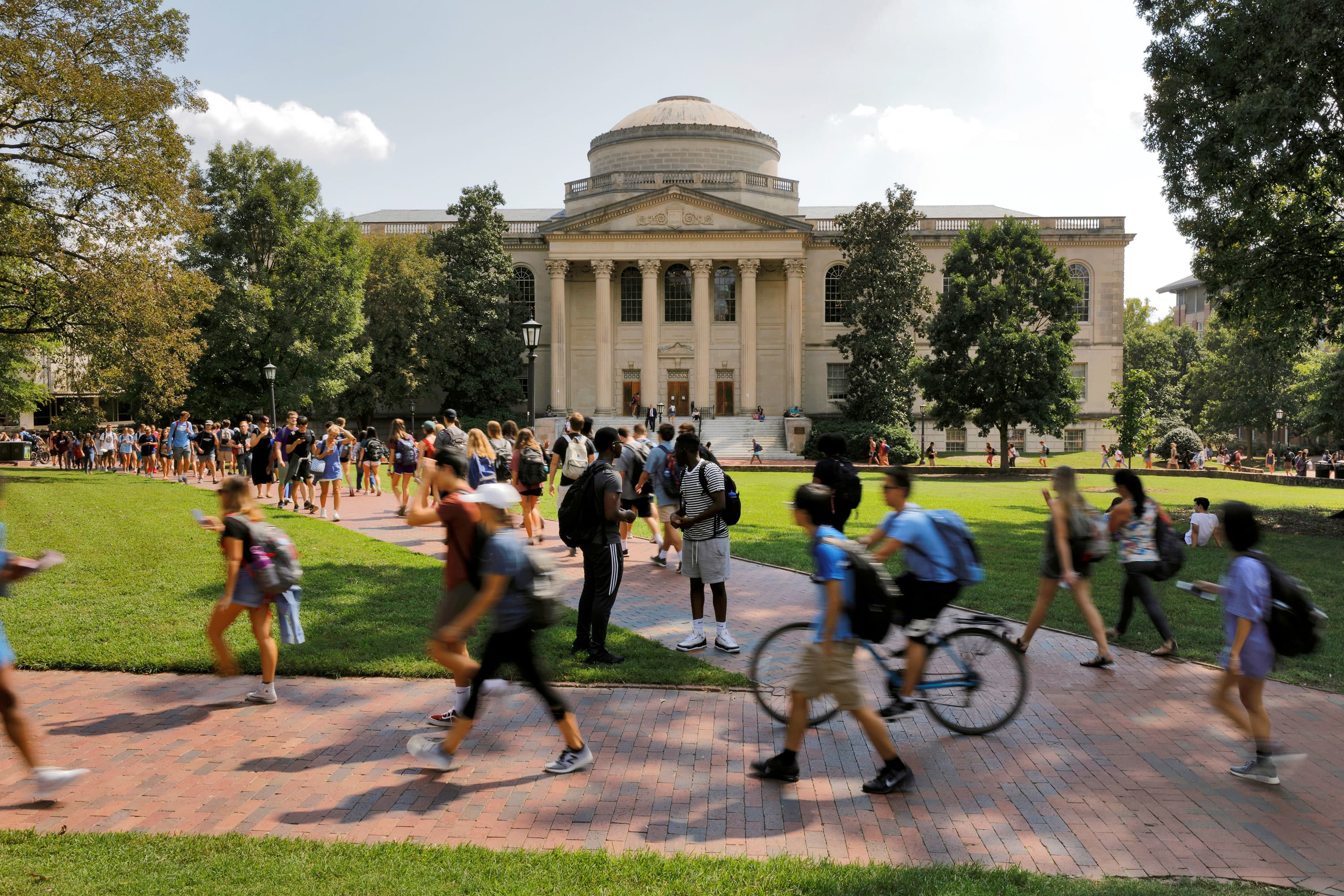 College Money 101: From Student Loans to Setting Up a Budget

Senate Majority Leader Chuck Schumer, D-N.Y., sounded a similar note of optimism Wednesday. “I think the president is moving in our direction. My talks with him and his staff have been very fruitful over the last little while," Schumer said.

White House press secretary Jen Psaki said Tuesday that during the meeting, “what he reiterated is that he will make a decision before" the current repayment suspension ends Aug. 31. She said Biden “is looking at other executive authority options he has to bring relief to people who have student loans."

Sweeping student loan forgiveness is anathema for many Republicans and others concerned about its costs to the government at a time of huge federal deficits.

Cardenas said Biden didn’t specify when he would take action or detail what he would do, beyond saying, “Soon.”

“I got the strong feeling, and so did my colleagues, that he enjoyed answering those questions with his body language, with his words, with the smile on his face, and encouraging us that we’re going to like what he’s going to do,” Cardenas said.

Federal student loan payments were scheduled to resume May 1.

Cardenas said the question of whether debt forgiveness should be curbed for higher-income students, which could curb the costs of the proposal, did not come up during the White House meeting. He also said when Biden asked if forgiveness should apply to borrowers who attended private and public schools, he and other lawmakers said they wanted students from both types of institutions to be eligible.

Some Democrats fear providing loan relief to students who attended expensive private universities would provide an easy campaign target for Republicans in this fall's elections for control of Congress.

Even so, remarks by several Democrats suggest a broad effort to ease student debt could help the party with minority voters.

Cardenas said he told Biden that Hispanic students with college debt typically face higher long-term debt burdens than white students. “We’re trying to help all former students, but Hispanic households and people trying to get back on their feet, it’s affecting Hispanics at a higher level,” Cardenas said.

Rep. Raul Ruiz, D-Calif., chair of the caucus, said in a separate statement Wednesday that Hispanic students “disproportionately carry the burden of student debt in our nation.” He said the caucus would continue working with Biden “to make sure our students have a seat at the table when it comes to their financial health and well-being.”

After initially letting borrowers choose to suspend payments for at least 60 days, the moratorium was made automatic and eventually extended several times by Trump and later Biden. Interest rates during the suspension have been 0%.

Also at Monday's White House meeting, Rep. Nanette Barragan, D-Calif., said she told Biden he should let Trump-era restrictions letting authorities quickly expel migrants crossing from the Mexican border expire as planned on May 23. Other participants at that meeting said Biden expressed opposition to the restrictions but did not specifically say what he would do.

Many Democrats oppose those curbs, which let the government cite fears about spreading COVID-19 to reject asylum seekers. Republicans and significant numbers of Democrats want the procedures left in place, and letting them lapse is seen as a political vulnerability for Democrats among moderate voters.

62% of student loan borrowers who responded to a survey said their debt was negatively impacting their mental health, according to polling firm Momentive. To find out if there's light at the end of the tunnel we talked to student financial planner Mark Kantrowitz on whether that debt might be forgiven, and what President Joe Biden can do about it.