In recent years, abortion debates have come to a political draw in Congress

The Senate fell far short Wednesday in a rushed effort toward enshrining Roe v. Wade abortion access as federal law, blocked by a Republican filibuster in a blunt display of the nation's partisan divide over the landmark court decision and the limits of legislative action.

The almost party-line tally promises to be the first of several efforts in Congress to preserve the nearly 50-year-old court ruling, which declares a constitutional right to abortion services but is at serious risk of being overturned this summer by a conservative Supreme Court.

President Joe Biden called on the Congress controlled by Democrats to pass legislation to protect abortion services for millions of Americans. But his party's slim majority proved unable to overcome the filibuster led by Republicans, who have been working for decades to install conservative Supreme Court justices and end Roe v. Wade. The vote was 51-49 against proceeding, with 60 votes needed to move ahead.

“The American people are watching," said Senate Majority Leader Chuck Schumer ahead of the vote. “The public will not forget which side of the vote senators fall on today." 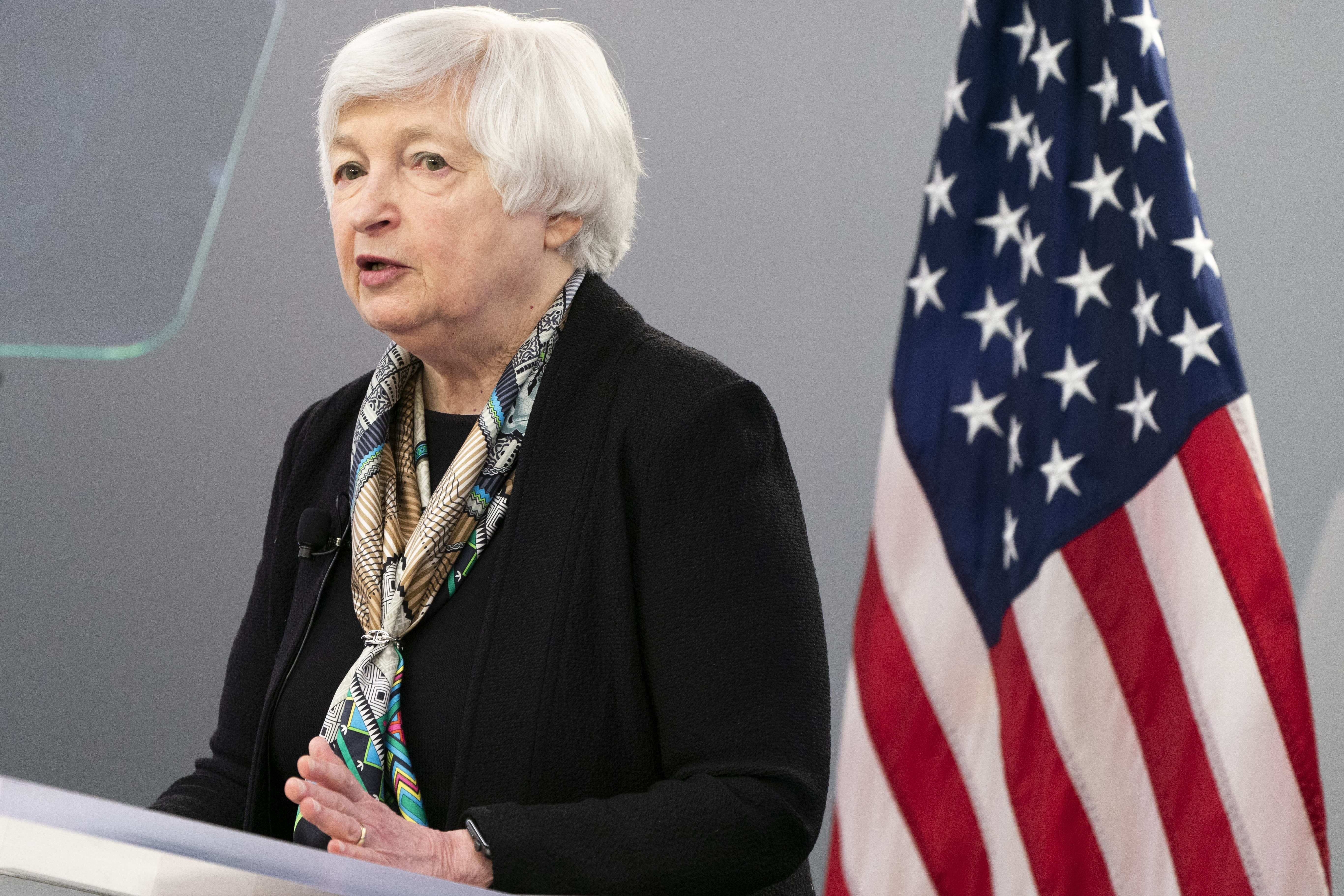 Treasury Secretary: Abortion Ban Would Hurt US Economy and ‘Set Women Back Decades' 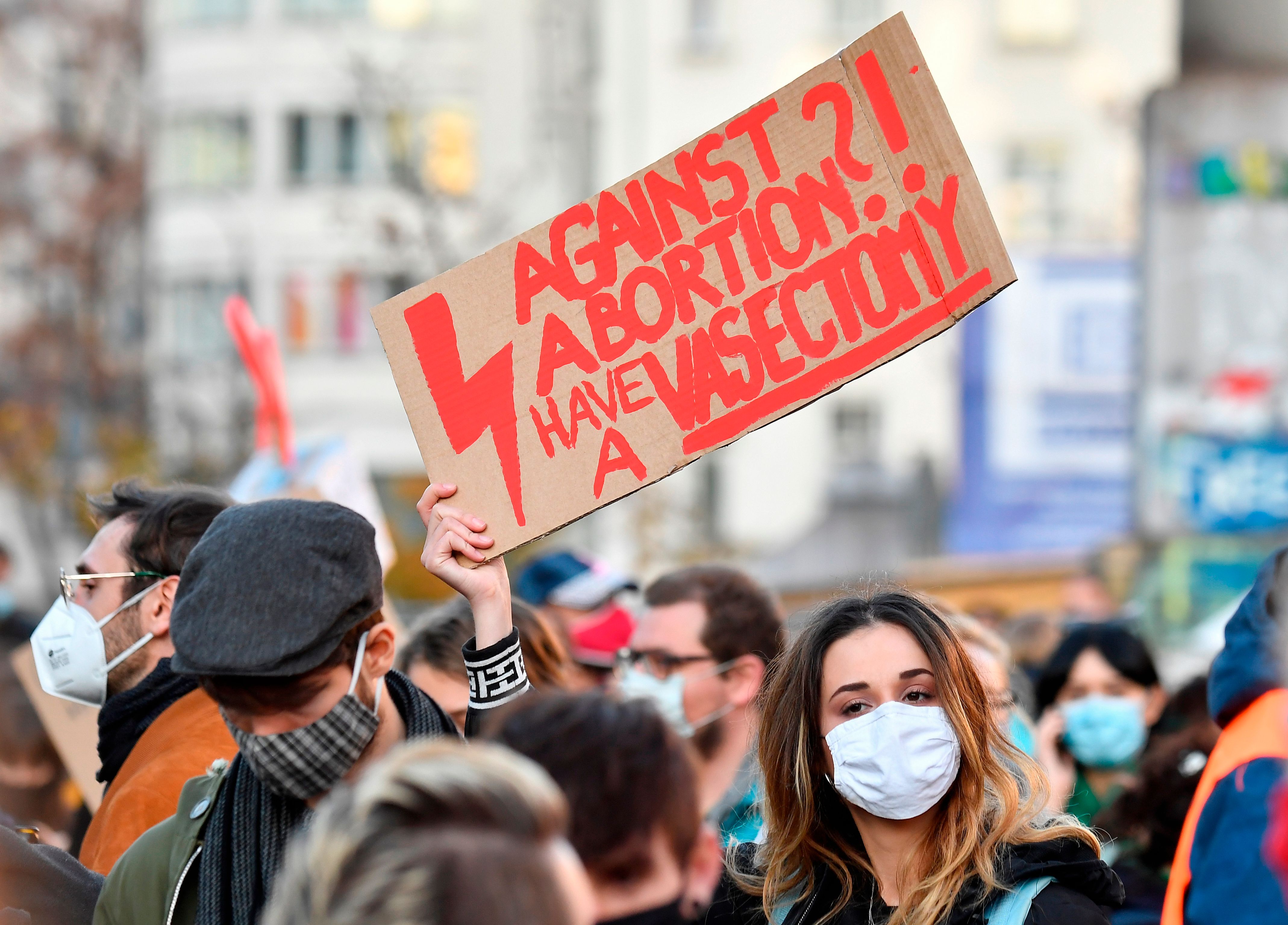 Congress has battled for years over abortion policy, but the Wednesday vote to take up a House-passed bill was given new urgency after the disclosure of a draft Supreme Court opinion to overturn the Roe decision that many had believed to be settled law.

The outcome of the conservative-majority court's actual ruling, expected this summer, is sure to reverberate around the country and on the campaign trail ahead of the fall midterm elections that will determine which party controls Congress.

Security was tight at the Capitol where Vice President Kamala Harris presided, and it has been bolstered across the street at the Supreme Court after protesters turned out in force last week following the leaked draft.

Scores of House Democratic lawmakers marched protest-style to the Senate and briefly watched from the visitor galleries.

Harris can provide a tie-breaking vote in the 50-50 split Senate, but that was beside the point on Wednesday. One conservative Democrat, Joe Manchin of West Virginia, voted with the Republicans, saying he supported keeping Roe v. Wade but believed the current bill was too broad.

“The Senate is not where the majority of Americans are on this issue,” Harris said afterward.

Over several days, Democratic senators delivered speeches contending that undoing abortion access would mean great harm, not only for women but for all Americans planning families and futures.

During a Senate committee hearing Tuesday, Treasury Secretary Janet Yellen was questioned about the potential impact of an abortion ban on the American economy.

Sen. Catherine Cortez Masto, D-Nev., said that most American women have only known a world where abortion access was guaranteed but could face a future with fewer rights than their mothers or grandmothers.

“That means women will not have the same control over their lives and bodies as men do, and that’s wrong,” she said in the run-up to Wednesday’s vote.

Few Republican senators spoke in favor of ending abortion access, but they embraced the filibuster to block the bill from advancing.

Senate Republican leader Mitch McConnell, an architect of the effort to install conservative justices on the Supreme Court — including three during the Trump era — has sought to downplay the outcome of any potential changes in federal abortion policy.

“This issue will be dealt with at the state level,” McConnell said.

Some other Republicans, including Sen. John Thune of South Dakota, argue that the House-passed bill is more extreme than Roe, and would expand abortion access beyond what is already the law.

Polls show that most Americans want to preserve access to abortion in the earlier stages of pregnancy, but views are more nuanced and mixed when it comes to later-term abortions.

The draft court ruling on a case from Mississippi suggested the majority of conservative justices are prepared to end the federal right to abortion, leaving it to the states to decide.

Whatever the Supreme Court says this summer, it will almost guarantee a new phase of political fighting in Congress over abortion policy, filibuster rules and the most basic rights to health care, privacy and protecting the unborn.

In recent years, abortion debates have come to a political draw in Congress. Bills would come up for votes — to expand or limit services — only to fail along party lines or be stripped out of broader legislative packages.

In the House, where Democrats have the majority, lawmakers approved the abortion-rights Women’s Health Protection Act last year on a largely party line vote after the Supreme Court first signaled it was considering the issue by allowing a Texas law’s ban to take effect.

But the bill has languished in the Senate, evenly split with bare Democratic control because of Harris’ ability to cast a tie-breaking vote.

Wednesday's failure renewed calls to change Senate rules to do away with the high-bar filibuster threshold, at least on this issue.

The two Republican senators who support abortion access — Lisa Murkowski of Alaska, who faces her own reelection in November, and Susan Collins of Maine — were also no votes, having proposed their own more tailored approach to counter the Supreme Court’s potential action.

Both of the Republican senators, who voted to confirm most of former President Donald Trump’s justices, are in talks over alternatives. But Democrats have largely panned the Collins-Murkowski effort as insufficient'

"I plan to continue working with my colleagues on legislation to maintain – not expand or restrict – the current legal framework for abortion rights in this country,” Collins said in a statement.

Pressure is building on those two senators to join most Democrats in changing the filibuster rules, but that appears unlikely.

Five years ago, it was McConnell who changed Senate rules to selectively do away with the filibuster to confirm Trump’s justices after blocking Barack Obama’s choice of Merrick Garland to fill a Supreme Court vacancy at the start of the 2016 presidential campaign, leaving the seat open for Trump to fill after he won the White House.

Both parties face enormous pressure to convince voters they are doing all they can — the Democrats working to preserve abortion access, the Republicans to limit or end it — with the fall elections coming up.

The congressional campaign committees are fundraising off the abortion issue, and working furiously to energize voters who are already primed to engage.