Feds Back Away From Claim of Assassination Plot at Capitol

Federal prosecutors who initially said there was “strong evidence” the pro-Trump mob that stormed the U.S. Capitol last week aimed to “capture and assassinate elected officials” backed away from the allegation after the head of the investigation cautioned Friday that the probe is still in its early stages and there was no “direct evidence” of such intentions.

The accusation came in a court filing by prosecutors late Thursday in Phoenix in the case against Jacob Chansley, the Arizona man who took part in the insurrection while sporting face paint, no shirt and a furry hat with horns.

“Strong evidence, including Chansley’s own words and actions at the Capitol, supports that the intent of the Capitol rioters was to capture and assassinate elected officials in the United States Government,” a prosecutor wrote in a memo urging the judge to keep Chansley behind bars. But at a hearing for Chansley later in the day in Phoenix, another prosecutor, Todd Allison, struck the line from the memo.

Allison said the statement may very well end up being appropriate at Chansley’s trial, but said prosecutors didn’t want to mislead the court and don’t have to rely on the stricken statement to argue that he should remain in jail. Ultimately, a judge on Friday ordered Chansley to be jailed until his trial.

Earlier on Friday, Michael Sherwin, acting U.S. attorney for the District of Columbia, backed away from the assassination claims, saying they have “no direct evidence at this point of kill, capture teams.”

Sherwin said there appears to have been confusion among some prosecutors in part because of the complexity of the investigation and number of people involved. Prosecutors raised a similar prospect Thursday in the case of a former Air Force officer who they alleged carried plastic zip-tie handcuffs because he intended “to take hostages.”

The sprawling investigation involves multiple cities and jurisdictions, in part because so many of the rioters simply went home; only 13 were arrested in the moments after the building was cleared.

The FBI has been investigating whether any of the rioters had plotted to kidnap members of Congress and hold them hostage, focusing particularly on the men seen carrying plastic zip-tie handcuffs and pepper spray.

Although the assassination claim from the court filing was stricken by prosecutors, prosecutors didn’t back away from the statement that Chansley, when climbing up to the dais where Vice President Mike Pence had been presiding moments earlier, wrote a threatening note to Pence that said: “It’s only a matter of time, justice is coming.” 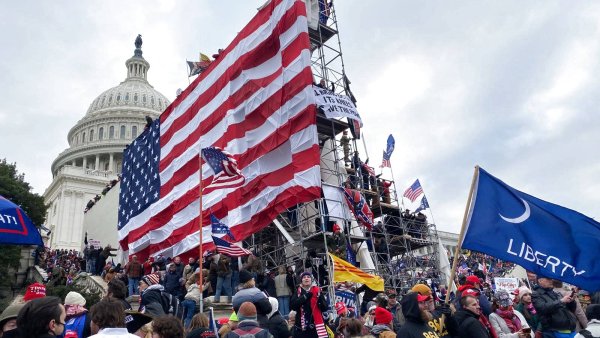 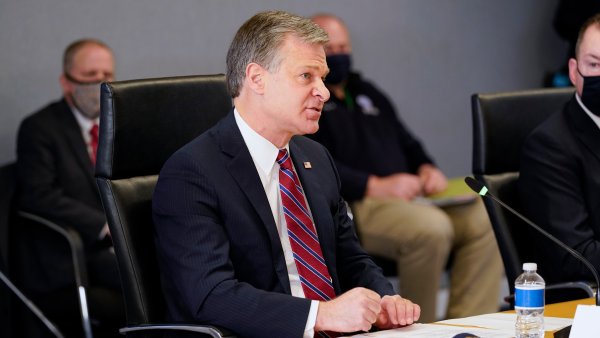 Pence and congressional leaders had been ushered out of the chamber by the Secret Service and U.S. Capitol Police shortly before the rioters stormed into the room.

Chansley’s attorney, Gerald Williams, said he hasn’t seen any images of his client engaging in dangerous conduct while in the Capitol. “He was merely there acting as a protester,” Williams said, pointing out that his client has no prior criminal history and agreed to talk to investigators.

Allison said Chansley was proud of his actions on the day of the insurrection and wanted to go to Washington for Biden’s inauguration on Wednesday. Allison described Chansley as someone who believes in conspiracy theories and “is not connected to reality.”

U.S. Magistrate Judge Deborah Fine, in ordering Chansley jailed until trial, concluded he is at risk of fleeing and obstructing justice in his case and poses a danger to the community. Echoing the words of prosecutors, Fine said it was appropriate to say Chansley was an active participant in a violent insurrection that attempted to overthrow the government.

Fine said Chansley went through barricades, was among the first people to force their way into the Capitol building, disobeyed orders by an officer to leave, refused the officer’s request to use Chansley’s bullhorn to tell rioters to leave the Senate chamber and wrote the note to the vice president.

“Mr. Chansley’s idea of protesting is committing the unlawful acts that we are discussing here,” Fine said.

Chansley, who calls himself the “QAnon Shaman” and has long been a fixture at Trump rallies, was arrested Saturday at the FBI field office in Phoenix.

News photos show him at the riot shirtless, with his face painted and wearing a fur hat with horns, carrying a U.S. flag attached to a wooden pole topped with a spear.

QAnon is an apocalyptic and convoluted conspiracy theory spread largely through the internet and promoted by some right-wing extremists.

It has been a week since people stormed the US Capitol building and the arrests keep coming. Most recently identified were a father and son from Delaware and a retired firefighter from Delaware County. NBC10’s Jacqueline London has the details.

Chansley told investigators he came to the Capitol “at the request of the president that all ‘patriots’ come to D.C. on January 6, 2021.” An indictment unsealed Tuesday in Washington charges him with civil disorder, obstruction of an official proceeding, disorderly conduct in a restricted building, and demonstrating in a Capitol building. He hasn't entered a plea to the charges.

More than 80 people are facing charges stemming from the violence, including more than 40 people in federal court. Dozens more were arrested for violating a curfew that night.

The federal charges brought so far are primarily for crimes such as illegal entry, but prosecutors have said they are weighing more serious charges against at least some of the rioters. Some were highly-trained ex-military and police.

Sherwin said this week that he has organized a group of national security and public corruption prosecutors whose sole focus is to bring sedition charges for the “most heinous acts that occurred in the Capitol.”

The Air Force officer, Col. Larry Rendall Brock, Jr., was arrested Sunday in Texas after being photographed on the Senate floor during the deadly riot wearing a helmet and heavy vest and carrying plastic zip-tie handcuffs.

Brock’s attorney, Brook Antonio II, noted that he has only been charged with misdemeanors. Antonio said there was no direct evidence of Brock breaking doors or windows to get into the Capitol, or doing anything violent once he was inside.

On Thursday, authorities also arrested a man from Utah who filmed the fatal shooting of the Trump supporter inside the Capitol. Police shot Ashli Babbitt, an Air Force veteran, as she was trying to climb through a broken window into the speaker’s lobby.

John Sullivan, 26, a self-described journalist who filmed the shooting, told the AP earlier this week that he was only there to document the events at the U.S. Capitol and didn’t attend the riot as a Trump supporter.

In one video, Sullivan can be heard cheering on the rioters as they broke through the final barricade before the Capitol and saying, “We did this together. ... We are all a part of history.”

Steven D’Antuono, Acting Director of the FBI Washington Field Office, confirmed that the FBI has received over 100,000 pieces of digital evidence to help identify the domestic terrorists who infiltrated the U.S. Capitol on Jan. 6, and asked the public to provide any additional photos, videos or leads pertaining to the riot at www.fbi.gov/uscapitol. D’Antuono also urged individuals who participated in the riot to come forward.
Copyright AP - Associated Press