Hassan vs. Sununu Fight Shaping Up in NH, Which Could Reshape US Senate

Sen. Maggie Hassan, a well-liked moderate and former governor, would be evenly matched by the moderate, popular Gov. Chris Sununu

"It will be one of the top three or four races in the country," Republican consultant Tom Rath said.

And, according to Democratic analyst Arnie Arnesen, it would be "probably the most challenging [race] for Maggie that you could possibly imagine."

Political analyst Scott Spradling said that "the control of the United States Senate in Washington could very well hang in the balance." 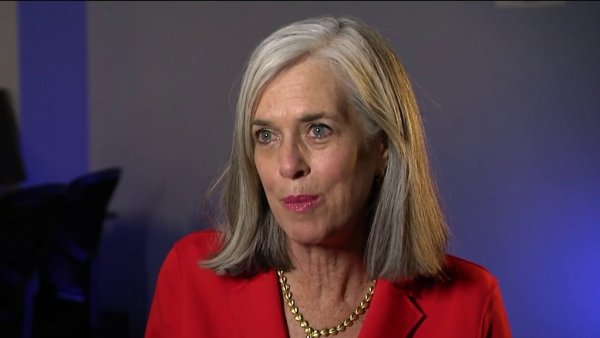 1-On-1 With Rep. Katherine Clark

That's because Hassan, a well-liked moderate and former governor, would be evenly matched by the moderate, popular Sununu. Spradling called it a true clash of the titans.

He said Sununu is holding his decision on whether to run close to the vest but must be feeling the pressure.

"What I'm hearing is that his phone is ringing off the hook from folks inside and outside of New Hampshire," Spradling said.

That could include calls from politicians like Senate Minority Leader Mitch McConnell and Florida Sen. Rick Scott, who made this announcement Sunday at a conservative conference: "Call Chris Sununu, the governor of New Hampshire, to make sure you want him to run for Senate. If he does we will win."

Rath said Sununu's leadership was tested this past year with the COVID pandemic, and "he gets very, very high marks for that."

Hassan's leadership test may be playing out now, as she helps to negotiate a deal on the infrastructure bill.

"She's been trying to spend the last six years sort of under the radar," Arnesen said.

She said that has helped Hassan from being controversial, but added, "The problem is, she's also disappeared."

But Hassan has proven she is able to turn up the volume when needed, as evidenced by her $6.5 million campaign war chest, a state record this far out.

As for who would pull off the win, Rath said, "I think it's a jump ball."

If Sununu decides not to run for Senate, many feel former Sen. Kelly Ayotte would consider jumping in for a rematch of her 2016 race against Hassan.