The nine-member congressional committee is investigating not just Trump’s conduct on Jan. 6 but also his efforts in the months before to challenge election results or obstruct a peaceful transfer of power

The House committee investigating the Jan. 6 insurrection at the Capitol says the Supreme Court should let stand an appeals court ruling that the National Archives turn over documents from former President Donald Trump that might shed light on the events leading up to and including that day.

In a filing with the court Thursday, lawyers for the committee argued that it is within its jurisdiction to seek the information.

“Although the facts are unprecedented, this case is not a difficult one," the lawyers said in the filing, adding, “This Court’s review is unwarranted, and the petition for a writ of certiorari should be denied.”

The lawyers said, however, that if the court “nonetheless believes” a review is warranted, “the Congressional Respondents respectfully request that the case be resolved expeditiously.”

The nine-member congressional committee is investigating not just Trump’s conduct on Jan. 6 — when he told a rally crowd to “fight like hell” shortly before rioters overran law enforcement officers — but also his efforts in the months before to challenge election results or obstruct a peaceful transfer of power. 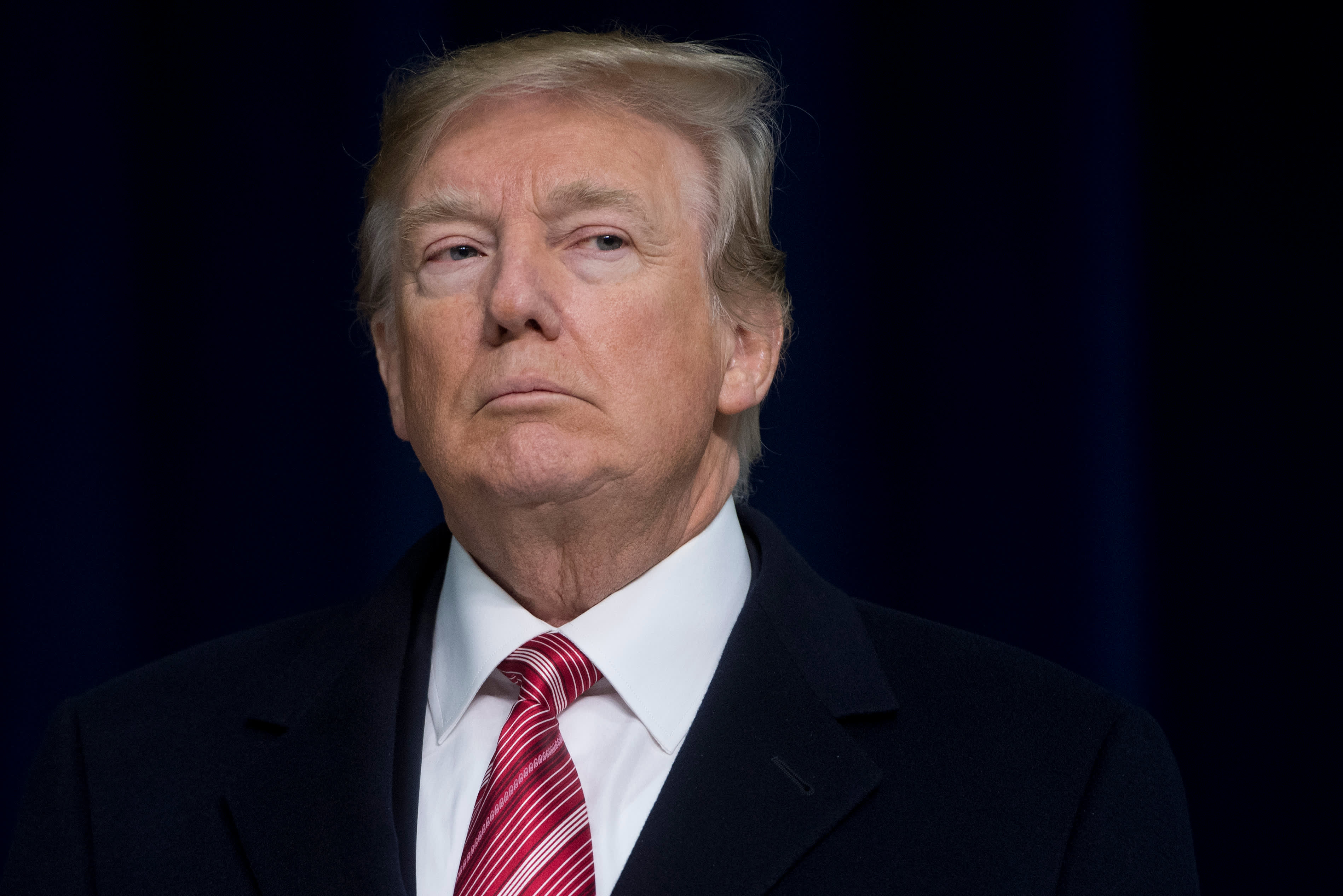 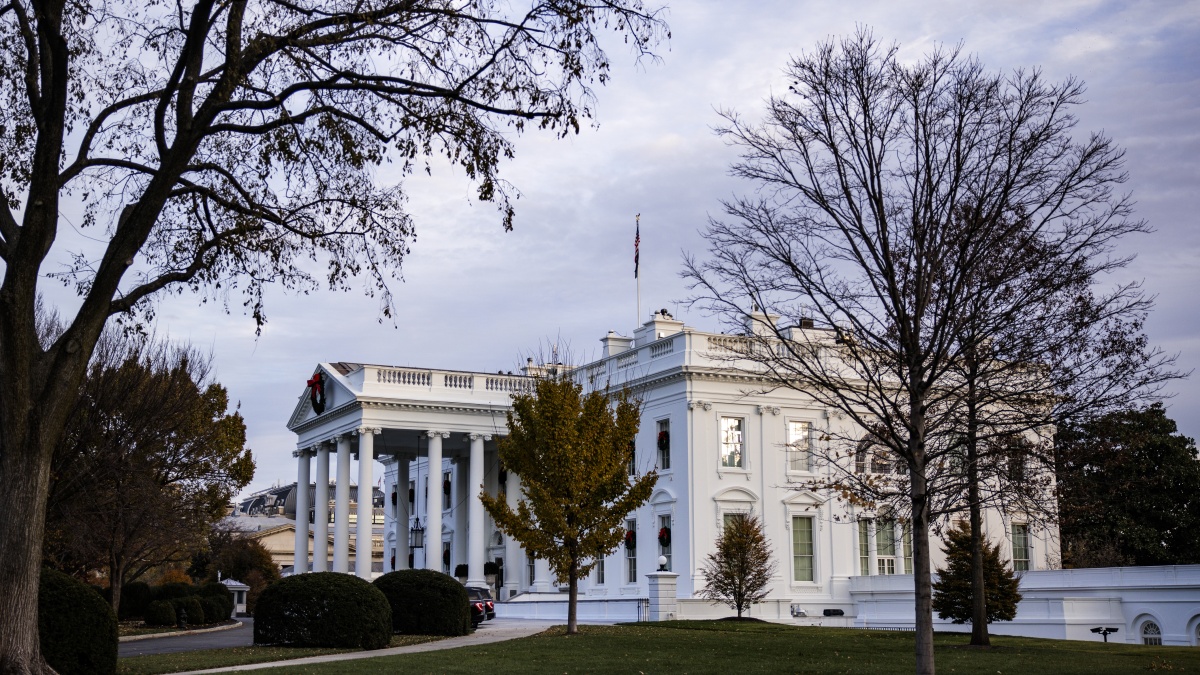 Trump has attacked the committee’s work and continued to promote unfounded conspiracy theories about widespread fraud in the election, even though Joe Biden’s victory was certified by all 50 states. His claims have been rebuked by courts across the country.

In suing to block the National Archives from turning over documents, Trump's lawyers have said the committee has "no legitimate legislative purpose” for seeking them and granting access to the records would damage executive privilege for future presidents.

Last week Trump’s lawyers asked the Supreme Court to hear arguments on his claim that executive privilege prevents the release of the documents, describing the committee as engaged in “meandering fishing expeditions.”

The committee says the documents, including presidential diaries, visitor logs, speech drafts and handwritten notes, are vital to its investigation into the deadly riot at the Capitol aimed at overturning the results of the 2020 presidential election.

The Supreme Court could decline to hear the appeal. Such action would mean the ruling Dec. 9 by the federal appeals court is the final word on the matter.

The U.S. Court of Appeals for the District of Columbia Circuit tossed aside Trump’s various arguments asserting executive privilege, saying Congress has a “uniquely vital interest” in studying the events of Jan. 6. That panel also placed emphasis on Biden's determination that the documents were in the public interest and that executive privilege should therefore not be invoked.

Rep. Bennie Thompson, D-Miss., the chairman of the committee investigating the Jan. 6 insurrection at the U.S. Capitol, called on the House of Representatives to recommend criminal contempt charges against former White House Chief of Staff Mark Meadows.

The question now is whether at least four justices agree to hear the case. The court has six conservative jurists, including three appointed by Trump, and several issues have arisen since Trump's lawyers filed their original petition that might be of interest.

On Tuesday, The Associated Press reported that the House committee had agreed to defer its attempt to get some documents, at the request of the Biden administration. The White House was concerned that releasing all of the Trump administration documents sought by the committee could compromise national security and executive privilege.

While the agreement focused on specific concerns, the potential narrowing of the documents requests is an acknowledgment that it was broad. That point forms a foundation of the court filing to the Supreme Court by Trump's lawyers, where the words "broad," "overly broad," "strikingly broad" and "hopelessly broad" are sprinkled throughout. It is a point that Trump noticed as well.

In a statement following the disclosure of the agreement, the former president said the committee had “just dropped a large portion of their request for my records and documents — a very big story” and the action “also changes the entire complexion of their request.”

On Wednesday, Trump's lawyers sent a supplemental request asking the court to look into an interview that committee chairman Rep. Bennie Thompson, D-Miss., did with The Washington Post. During the interview, Thompson indicated the committee is looking into Trump's actions the day of the insurrection to determine if it can recommend the Justice Department open a criminal investigation.

The Trump filing argues that such action is outside the committee's legislative purpose. “It cannot embark on what is essentially a law enforcement investigation with the excuse that it might legislate based on information it turns up in the course of the exploration,” the filing said.

In the submission Thursday, lawyers for the committee addressed that question, acknowledging that its involvement must have legislative intent. “The records could inform numerous pieces of potential legislation" they wrote, such as efforts to “reform and amend the Electoral Count Act of 1887” and "enhance the legal consequences for a refusal by the Executive Branch to timely and appropriately respond to attacks on Congressional proceedings.”

They also said the records could have an effect on efforts to enact or enhance laws to “prevent Executive Branch officials from enlisting the Department of Justice, or other federal resources, to support false claims about an election.”

Trump's attempts to limit investigations against him have had mixed results with the Supreme Court. The court earlier this year refused to stop his tax records from going to a New York prosecutor’s office as part of an investigation. It did prevent Congress last year, while Trump was in office, from obtaining banking and financial records for him and members of his family.

The Department of Justice has released new video from the U.S. Capitol showing protesters attacking police as they tried to secure two doors to keep people out of the building.
Copyright AP - Associated Press