If ballots are rejected at the same rate as during this year's primaries, up to three times as many voters in November could be disenfranchised in key battleground states

Thousands of absentee ballots get rejected in every presidential election. This year, that problem could be much worse and potentially pivotal in hotly contested battleground states.

With the coronavirus creating a surge in mail-in balloting and postal delays reported across the country, the number of rejected ballots in November is projected to be significantly higher than previous elections.

We Mailed 155 Letters From a Dozen States. There Were Some Delays

If ballots are rejected at the same rate as during this year's primaries, up to three times as many voters in November could be disenfranchised in key battleground states when compared to the last presidential election, according to an Associated Press analysis of rejected ballots. It could be even more pronounced in some urban areas where Democratic votes are concentrated and ballot rejection rates trended higher during this year’s primaries.

“It is the number one thing that keeps me up at night — the idea that voters will do everything they can to ensure their ballot is returned on time and the system will still fail them,” said Michigan Secretary of State Jocelyn Benson.

More than 102,000 mail-in ballots were rejected by California election officials after the March primaries, largely due to not following deadline and signature requirements.

Ballot rejections occur even under the best of circumstances. They go uncounted because they arrived too late in the mail, voters forgot to sign them or signatures didn't match the one on file at local election offices.

Those problems could be compounded this year as millions of voters cast mail-in ballots for the first time because of election changes forced by the coronavirus. Large numbers of uncounted ballots could be used to sow doubts about the election; President Donald Trump has been claiming for months without evidence that widespread mail-in voting will lead to fraud.

The sudden leap is worrisome: 22 states are going from absentee ballots comprising less than 10% of all ballots four years ago to perhaps half or more this November. Pennsylvania is among them: Nearly 51% of all votes cast during its June primary were mail-in.

If voter turnout is the same as 2016 and the ballot rejection rate equals the 1.4% from this year’s primary, nearly 43,000 voters in Pennsylvania could be disenfranchised this fall, according to AP’s analysis. That's almost the same number of votes by which Trump defeated Democrat Hillary Clinton in the state four years ago, when some 2,100 ballots were rejected.

In Philadelphia, a far higher percentage of absentee ballots cast in June were rejected — 3.9%. Most of those arrived too late to be counted, even though Gov. Tom Wolf extended the deadline by a week.

Amy Campbell, a 26-year-old University of Pennsylvania medical student, had her ballot rejected for another reason: a missing signature.

Campbell is upset she didn’t have a chance to fix her ballot. She received an email two days after the vote count ended telling her officials “couldn’t obtain (her) required signature.”

“The first communication I got from the state was basically to tell me that my ballot had been canceled,” Campbell said.

Philadelphia Board of Elections spokesman Nick Custodio said that’s not supposed to happen, but couldn't explain why it did.

There's a lot of talk right now about how we get our vote to the ballot box. Is in-person or mail-in voting safer? Are dead people voting? And why don't we vote online? Here's what you need to know about how we vote, explained with some of our favorite old-school video games.

Vote-by-mail rejections could be of special concern to Democrats, who have seen a surge in absentee ballot applications this year. In Pennsylvania, for example, more than twice as many Democrats as Republicans voted by mail in the June primary.

Only 21 states have defined procedures for notifying voters if absentee ballots are rejected so they have a chance to fix it.

For its analysis, the AP also collected absentee ballot data from Arizona, Colorado, Florida, Michigan, Ohio and Wisconsin. Based on the percentage of those ballots cast in each state's primary this year, between 185,000 and 292,000 voters in the seven states examined could be disenfranchised if November’s turnout matches that of four years ago and the rejection rate remains flat. That compares to nearly 87,000 ballots rejected in those states in 2016.

The ballot rejections could be pivotal in close races. In 2016, Trump won Wisconsin by roughly 23,000 votes.

Reasons for rejection can vary. In a few states, a witness or notary must sign the ballot envelope for the ballot to be valid. Where ballots received after Election Day are counted, a legible postmark from that day is generally required. 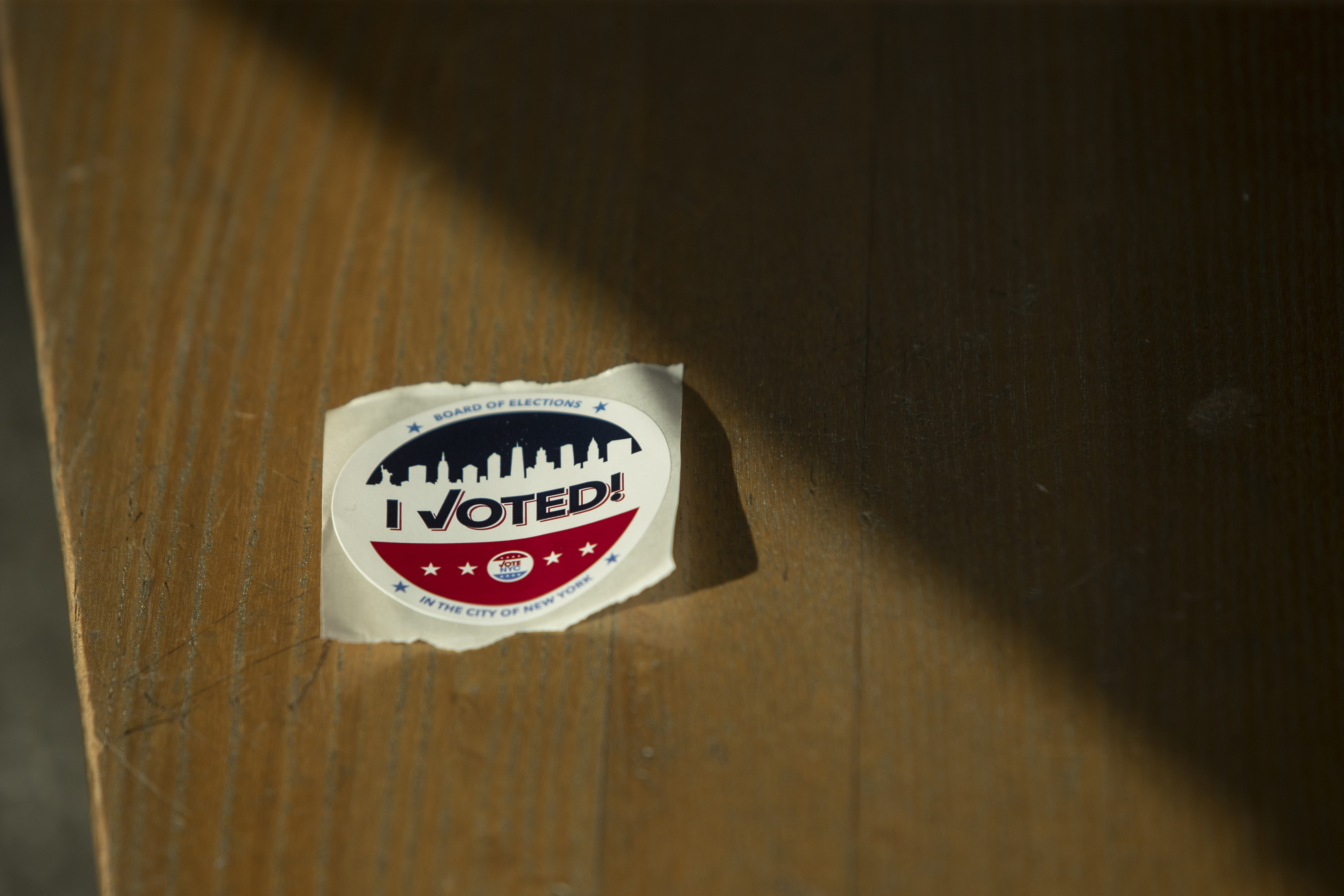 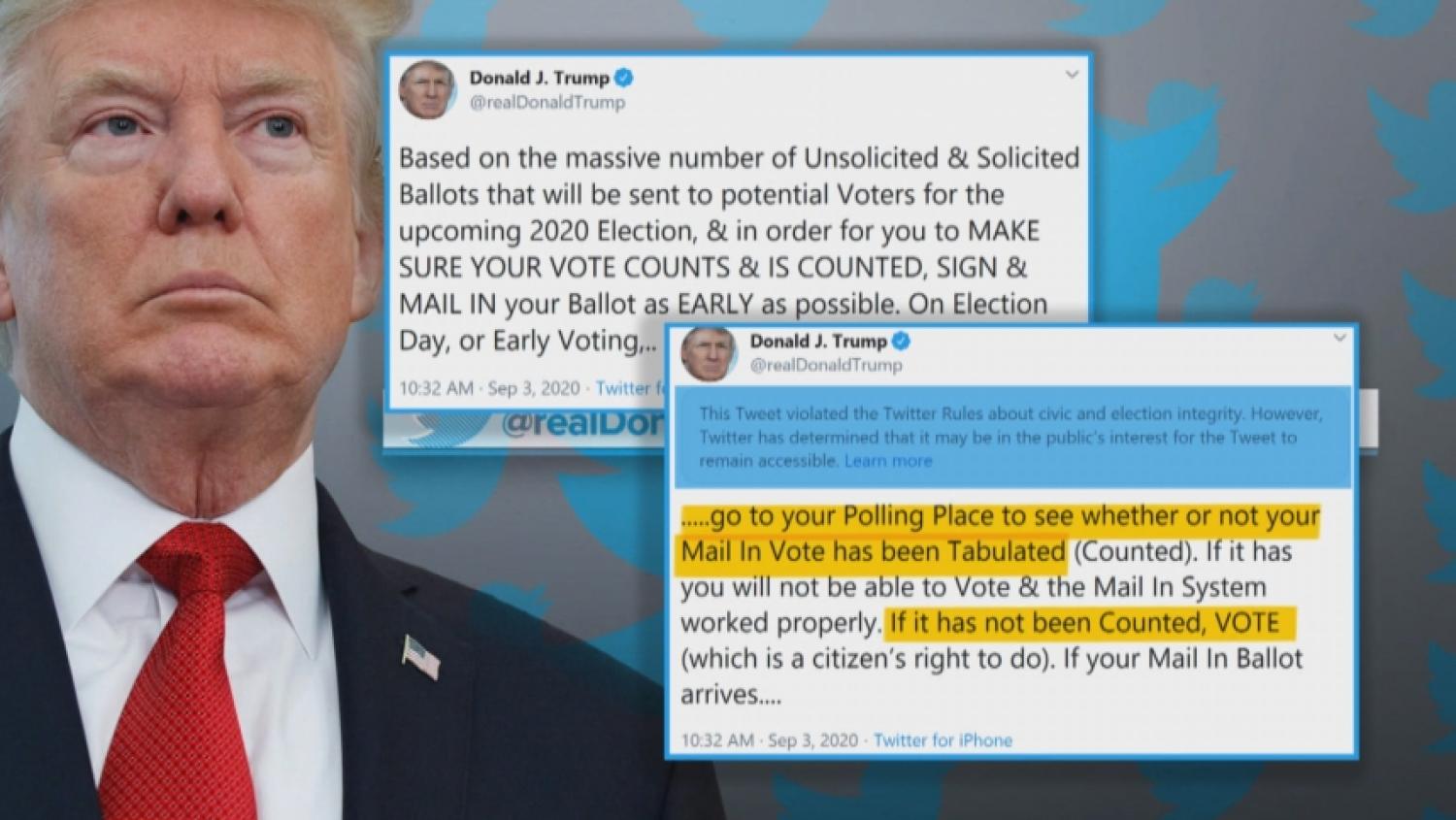 “There could be a lot of people who are voting this way for the first time, and they tend to make the errors that lead to lost votes,” said Larry Norden, an elections expert with the Brennan Center for Justice.

New, young, Black and Hispanic voters — who tend to favor Democratic candidates — are disproportionately affected, according to research by University of Florida political scientist Daniel Smith. All have had absentee ballots rejected at higher rates than white and more experienced mail-in voters.

Being able to notify voters of problems in time to fix them will be difficult enough for understaffed election offices. It doesn’t help that election officials in some states,including Michigan and Pennsylvania, are not allowed to begin looking at absentee ballots until Election Day. That leaves a narrow window for identifying problems and allowing voters to fix them.

Experts say voters must be diligent about requesting and returning absentee ballots well ahead of Election Day; the Postal Serviceadvises allowing seven days for a ballot to reach an election office.

You go out to dinner and ask for a dessert menu, but you decide not to order a treat. Did that dessert go missing? NBCLX’s Chase Cain uncovers the myth about missing ballots. Spoiler alert: it’s not a real issue. Here’s why the evidence for this myth is missing in action.

Drop boxes can help. Michigan, Georgia, Colorado and Arizona are among states adding more. Colorado, which has been mailing ballots to all voters since 2013, saw a slight increase in rejections from about 1% in 2016 to 1.6% in this year’s primary; the rejection rate doubled in Denver but still remained below 2%.

Joe Bernal, a 31-year-old tech analyst in Miami, expects to be driving to the nearest drop box to deliver his ballot ahead of Nov. 3. His ballot was rejected in Florida’s March presidential primary for arriving after the deadline, even though Bernal said he mailed it at least three weeks before.

Bernal, who lost an aunt to COVID-19, said he is unwilling to vote in person: “I’m asthmatic. I don’t want to have to risk it.”

But drop boxes only solve one problem.The process of authenticating voter signatures on ballot envelopes — an anti-fraud measure — is so troublesome that lawsuits have been filed seeking to end the practice barring an adequate remedy.

Jennifer Morrell, a former election official in Utah and Colorado, said voters need to be certain they will be given an opportunity to fix a problem. Some jurisdictions are adding software that quickly alerts voters via text or email, but Morrell said the problem is being unevenly addressed.

“States that are really new to this, most likely they will just be sending out a letter in the mail and hope the voter gets it in time and fills it out,” she said.

That wasn't the case for Tasha Young, a 43-year-old teacher in metro Atlanta who found a letter from her local election office buried in a pile of mail after Georgia's primary in June. It said she had failed to sign her ballot, but by then it was too late for her to submit the required affidavit.

She plans to vote in person in November.

“For one thing, I don’t want to have to worry about a deadline or missing a signature,” Young said.