New England lawmakers and 'dreamers' are reacting to the Trump administration's official announcement they are set to "wind down" the Deferred Action for Childhood Arrivals program.

Ahead of a joint press conference with Boston Mayor Marty Walsh and Massachusetts Sen. Ed Markey on Tuesday, Massachusetts Attorney General Maura Healey said she "will not stand by as immigrant communities are targeted by President Trump."

"Turning our backs on Dreamers makes us weaker, makes us less safe, & betrays our values," she tweeted.

"Ending #DACA is nothing more than political pandering that will hurt real people," U.S. Rep. Annie Kuster of New Hampshire tweeted, adding that President Donald Trump should reconsider his decision.

Fellow New Hampshire Congresswoman Carol Shea-Porter said the administration's decision "morally wrong and cruel," adding that she agrees with House Speaker Paul Ryan in that Congress should make a decision on DACA.

Calling the decision, "cruel, inhumane and completely unnecessary," New Hampshire Sen. Jeanne Shaheen said she was encouraged by some Republicans voicing their support for "legislative action to continue DACA."

"These are young people who were brought to the United States as children through no fault of their own. They are showing their dedication and commitment to our country by pursuing higher education, working in our communities, or serving our nation," she said in a statement. "Penalizing the 966 New Hampshire young people who take part in this program is harmful to our local economies and denies these students, workers, and veterans the opportunity to strengthen the communities they grew up in."

Shaheen's fellow New Hampshire senator, Maggie Hassan, said the Trump administration's decision to end DACA results in immigration enforcement focusing on young people instead of those "who are criminals and threats to public safety." 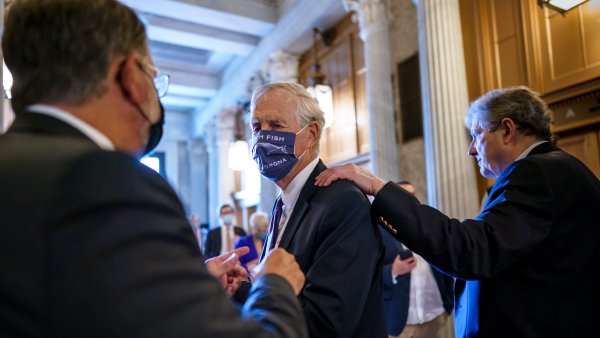 Senators Hope to Wrap Up Draft of Infrastructure Bill Sunday 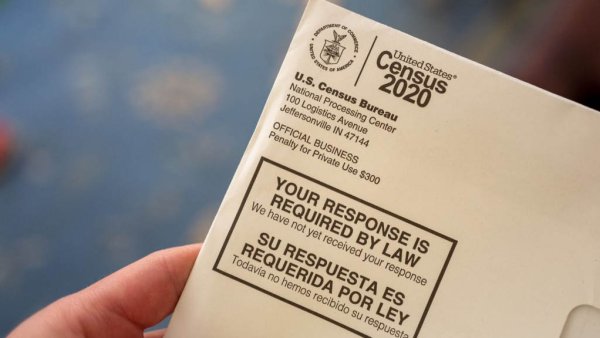 Census: 1 in 5 Dorms, Prisons Had No Data at End of US Count

"President Trump's decision to go back on his word to protect young people is harmful and wrong," she added.

"Dreamers were brought here as young children. They love this country. They share our values. They are contributing to their communities every day," he said in a statement, adding that "What President Trump just did is despicable and cruel. Every Republican should not only be speaking out against this President today, but they should immediately bring legislation to the House floor to right this wrong."

During the Trump administration's official announcement, U.S. Attorney Jeff Sessions called the Obama-era program "an unconstitutional exercise of authority by the executive branch."

Dreamers like Jean Dolan were among the crowd Tuesday rallying at Faneuil Hall and concerned about the future.

Dolan arrived in Boston from Haiti on a tourist visa 5 years ago. Like many dreamers, he arrived with his parents.

DACA supporters hope rallies will send a message to Congress.

Erick Deblas, of Chelsea, arrived with his family from Mexico 17 years ago when he was just 7-years-old.

Dreamers worry they’ll be deported to countries where they would be strangers.

Elias Rosenfeld, a full scholarship sophomore at Brandeis University, is anxious and concerned about his future now that Trump has announced the end of the DACA program.

"To me, I grew up thinking I was always an American. And I always wanted to run for office, go to law school," Rosenfeld said, hours after Tuesday's announcement.

Rosenfeld was born in Venezuela and moved to Miami when he was six years old — legally — with his mother, who had an L1/Managerial Visa. But his status changed when, at age 12, his mother died of cancer.

"Once she passed away and her application expired, it directly made me undocumented," he explained.

Rosenfeld had no idea he was undocumented until he went to get a drivers permit. Three months later, President Obama announced the DACA program.

"I remember crying actually because it was — a lot of things were happening in immigration so I was very emotional.

If he gets deported, Rosenfeld will be sent back to Venezuela, a country on the verge of Civil War.

"I would be going to a country that I don't call home. America is my only home," said Rosenfeld.

For now, Rosenfeld is focused on being optimistic that Congress will be able to find a replacement for DACA over the next six months and hopefully a permanent solution to the nation's broken immigration system.

"There's lots of bills in the House and Senate right now that have bipartisan support. We should be working in these six months, nonstop to make sure they pass," said Rosenfeld.